A Snowball in Space 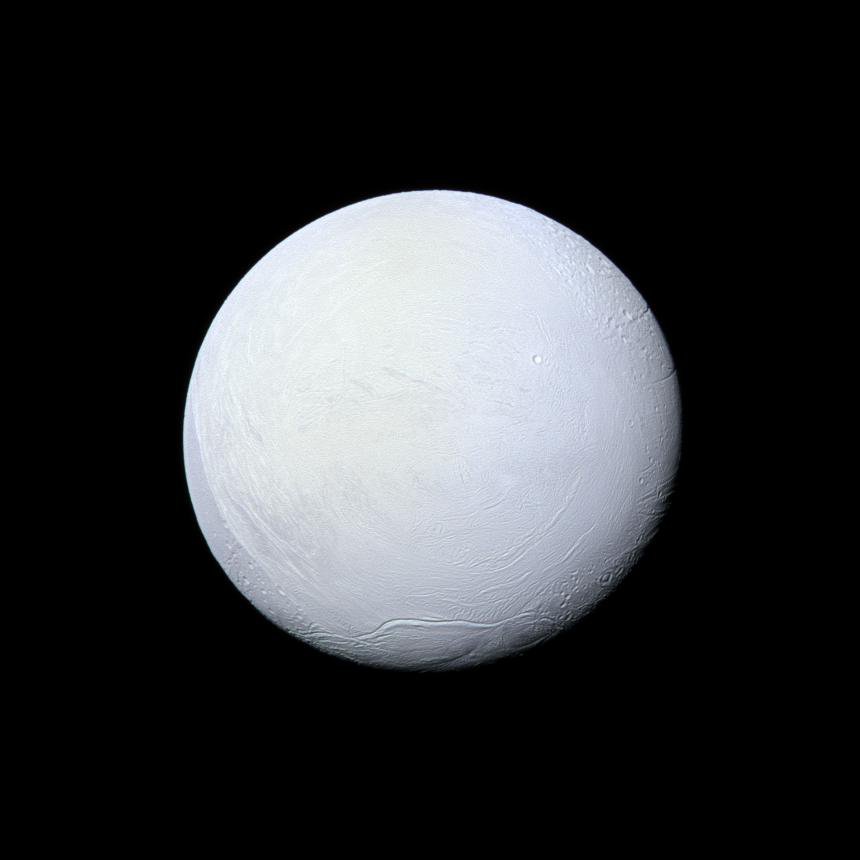 Saturn's moon Enceladus, covered in snow and ice, resembles a perfectly packed snowball in this image from NASA's Cassini mission. Cassini has imaged Enceladus many times throughout its mission, discovering a fractured surface and the now-famous geysers that erupt icy particles and water vapor from fractures crossing the moons' 200-mile-wide (300-kilometer-wide) south polar terrain.

The mountain ridge seen in the south in this image is part of the undulating mountain belt that circumscribes this region.

See PIA11685 to learn more about the surface of Enceladus. See PIA11688 to learn about the jets of water ice emanating from the moon's south polar region.

This view looks toward the leading side of Enceladus (313 miles, 504 kilometers across). North on Enceladus is up and rotated 6 degrees to the left. The image was taken with the Cassini spacecraft narrow-angle camera on March 10, 2012, using filters sensitive to ultraviolet, visible and infrared light (spanning wavelengths from 338 to 750 nanometers).