A Plethora of Storms on Jupiter 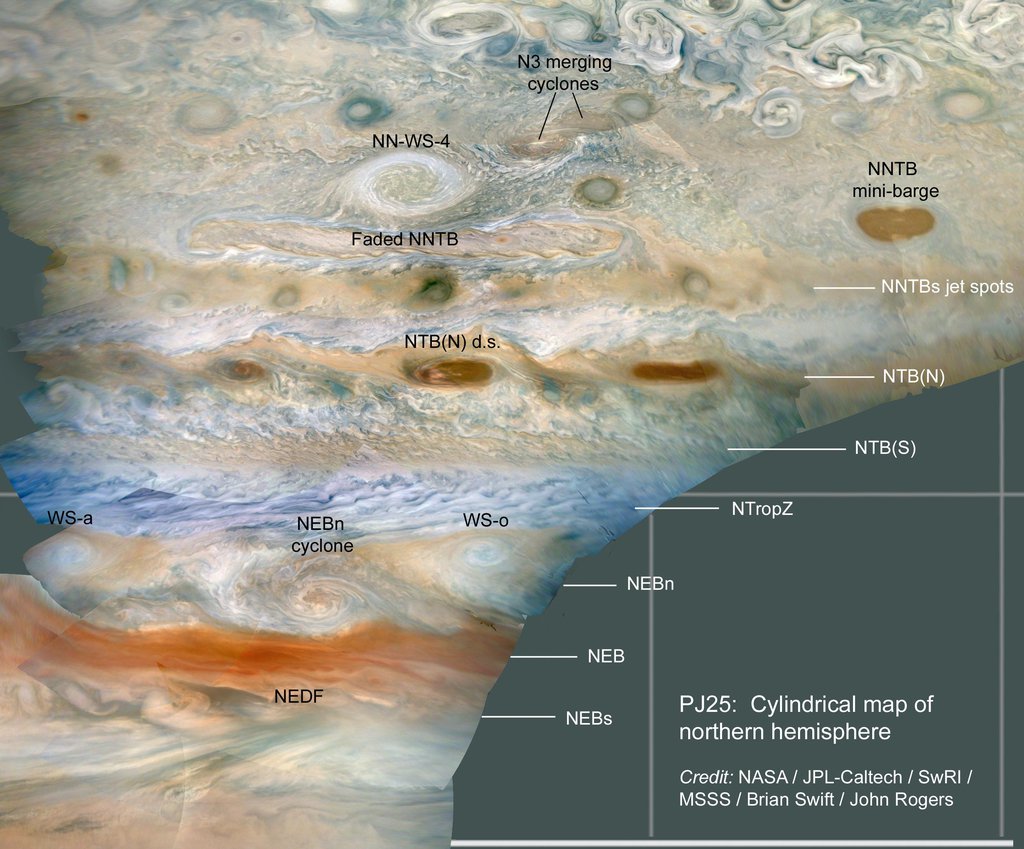 Near the top of the image, two cyclones can be seen merging in the N3 jet stream. The next storm down is NN-WS-4 (the North North White Spot 4), rotating in an anticyclonic (clockwise rotation) direction. For scale this storm is about 4,000 miles (6,500 kilometers) across, roughly the distance between Cedar Rapids, Iowa to Honolulu, Hawaii. The elongated brown storms are familiar cyclonic (counterclockwise rotation) features, called "mini-barges." WS-a and WS-o are White Spots "a" and "o," anticyclonic storms that have persisted for over a year, separated by the North Equatorial Belt (NEB) north (NEBn) cyclone. The NEDF is the dark formation on the south edge of the NEB.

The original JunoCam images used to produce these views were taken from altitudes between about 2,900 and 6,300 miles (4,600 and 10,200 kilometers) above Jupiter's cloud tops. Citizen scientist Brian Swift processed the images to produce a cylindrical map and enhance the color and contrast.