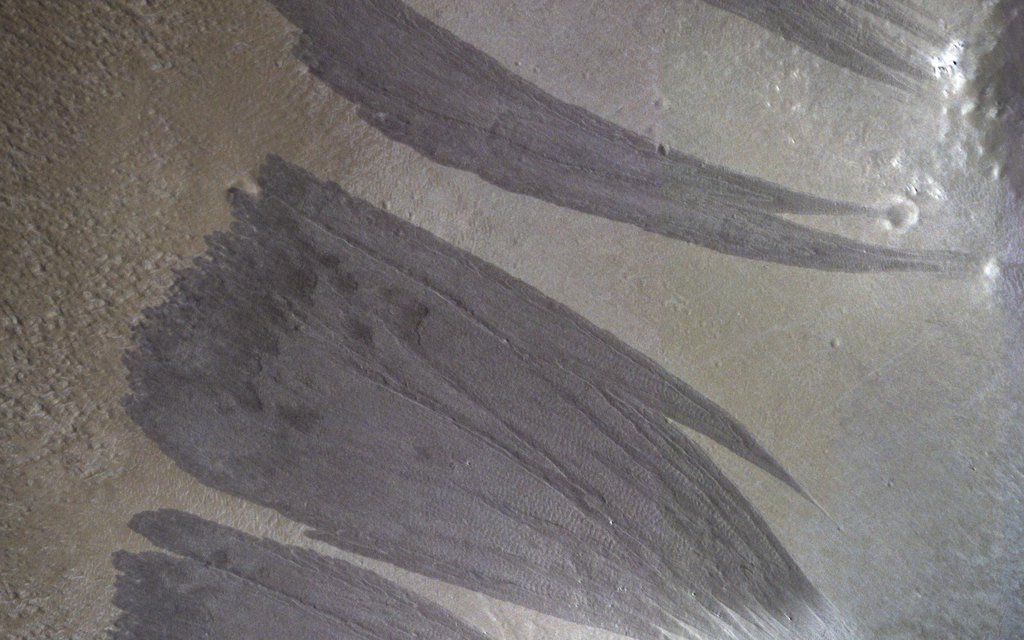 Relatively dark slope streaks are common on steep dust-mantled slopes of Mars. When imaged under high sun illumination they appear to be just a dark stain without topographic relief.

However, when imaged with the sun low in the sky (and at high resolution), we can clearly see the topographic signature. Surface material has been removed from the upper slopes and deposited in lobes, as expected from landslides (also called "mass movements").