A Mars Dust Tower Stands Out 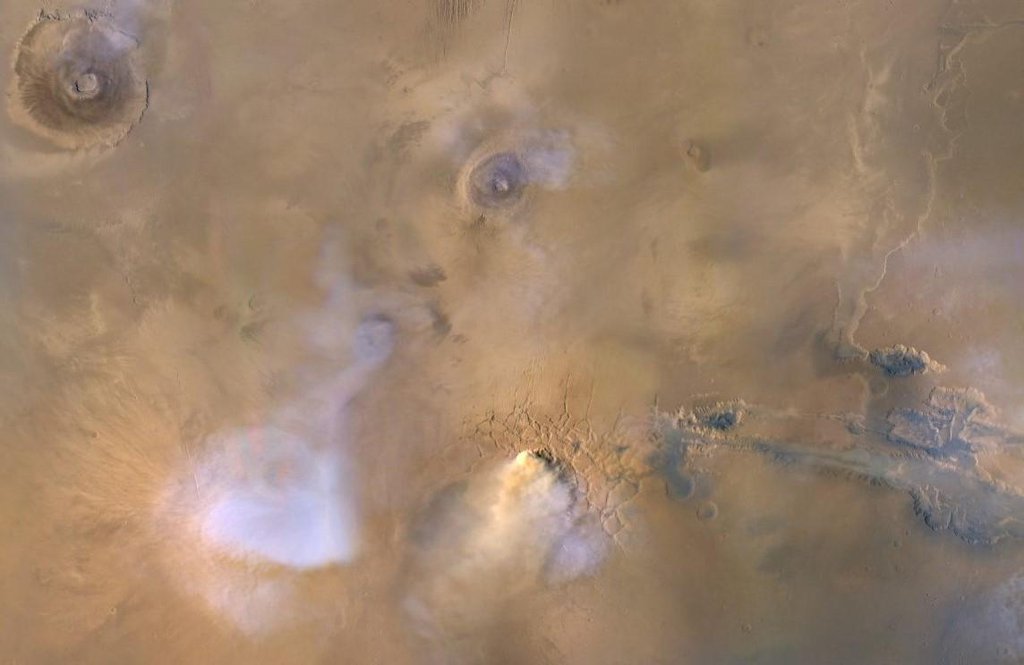 The yellow-white cloud in the bottom-center of this image is a Mars "dust tower" — a concentrated cloud of dust that can be lofted dozens of miles above the surface. The blue-white plumes are water vapor clouds. Olympus Mons, the tallest volcano in the solar system, is visible in the upper left corner, while Valles Marineris can be seen in the lower right.

Heat-sensitive instruments like the Mars Climate Sounder, carried aboard NASA's Mars Reconnaissance Orbiter (MRO), can map the formation of these dust towers, which form almost continuously during global dust storms.

Taken on Nov. 30, 2010, the image was produced by MRO's Mars Color Imager (MARCI), which was built and is operated by Malin Space Science Systems in San Diego.