A Last Look Back at Vesta 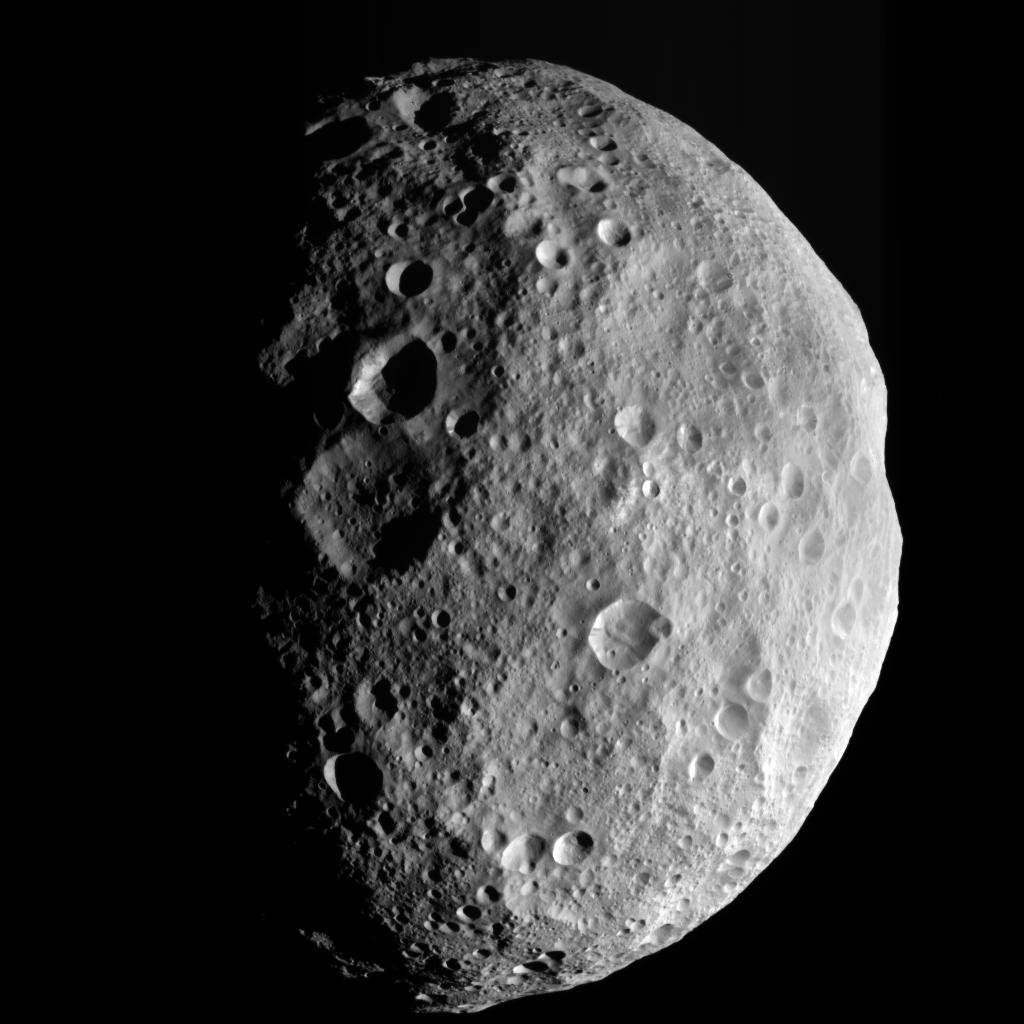 This image is from the last sequence of images NASA's Dawn spacecraft obtained of the giant asteroid Vesta, looking down at Vesta's north pole as it was departing. When Dawn arrived in July 2011, Vesta's northern region was in darkness. After more than a year at Vesta, the sunlight has now made it to Vesta's north pole, which is in the middle of the image.

The Dawn mission to Vesta and Ceres is managed by NASA's Jet Propulsion Laboratory, a division of the California Institute of Technology in Pasadena, for NASA's Science Mission Directorate, Washington D.C. UCLA is responsible for overall Dawn mission science. The Dawn framing cameras have been developed and built under the leadership of the Max Planck Institute for Solar System Research, Katlenburg-Lindau, Germany, with significant contributions by DLR German Aerospace Center, Institute of Planetary Research, Berlin, and in coordination with the Institute of Computer and Communication Network Engineering, Braunschweig. The framing camera project is funded by the Max Planck Society, DLR, and NASA/JPL.