A KBO among the Stars 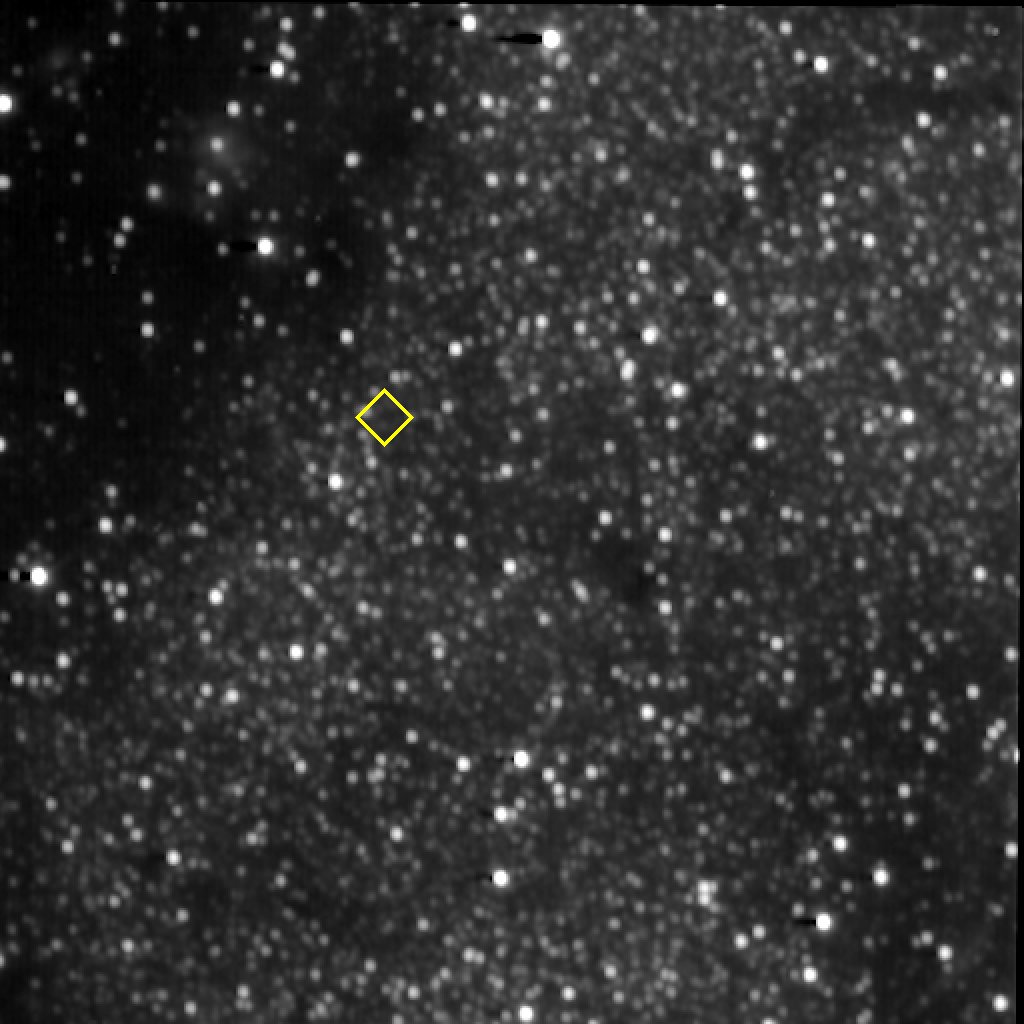 In preparation for the New Horizons flyby of 2014 MU69 on Jan. 1, 2019, the spacecraft's Long Range Reconnaissance Imager (LORRI) took a series of 10-second exposures of the background star field near the location of its target Kuiper Belt object (KBO). This composite image is made from 45 of these 10-second exposures taken on Jan. 28, 2017. The yellow diamond marks the predicted location of MU69 on approach, but the KBO itself was too far from the spacecraft (544 million miles, or 877 million kilometers) even for LORRI's telescopic "eye" to detect. New Horizons expects to start seeing MU69 with LORRI in September of 2018 -- and the team will use these newly acquired images of the background field to help prepare for that search on approach.