A Glimmer in the Eye of WISE 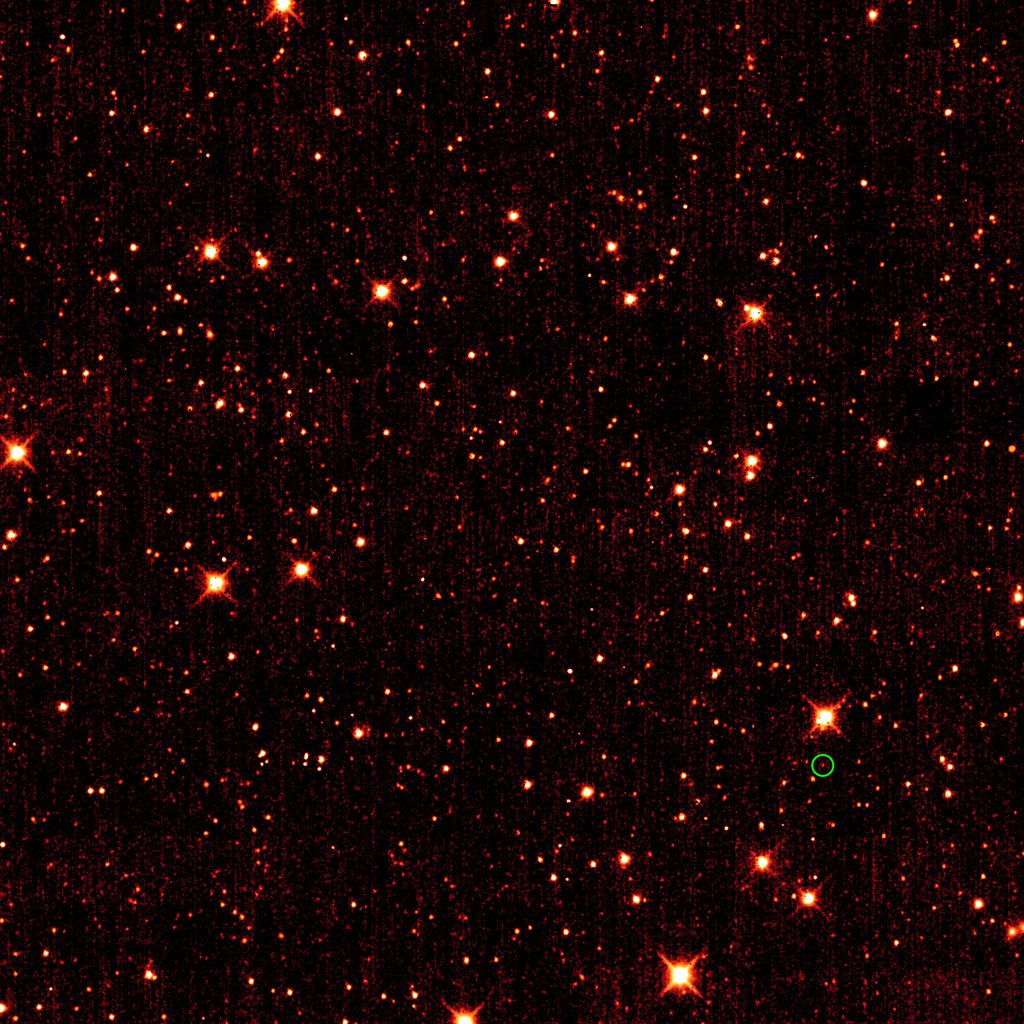 Asteroid 2010 TK7 is circled in green, in this single frame taken by NASA's Wide-field Infrared Survey Explorer, or WISE. The majority of the other dots are stars or galaxies far beyond our solar system.

This image was taken in infrared light at a wavelength of 4.6 microns in Oct. 2010.