A Fresh Crater near Sirenum Fossae 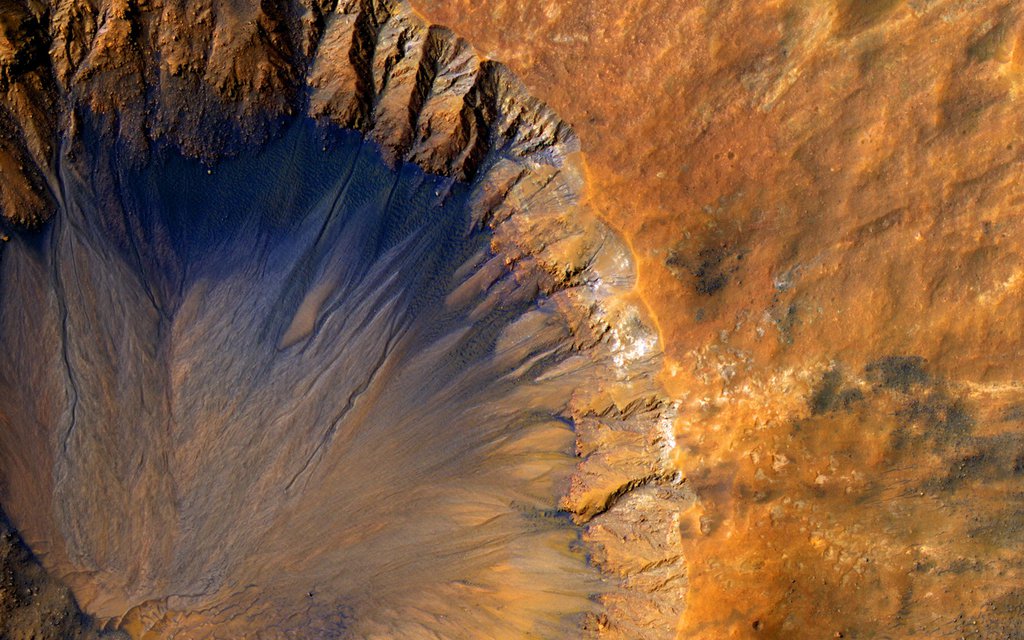 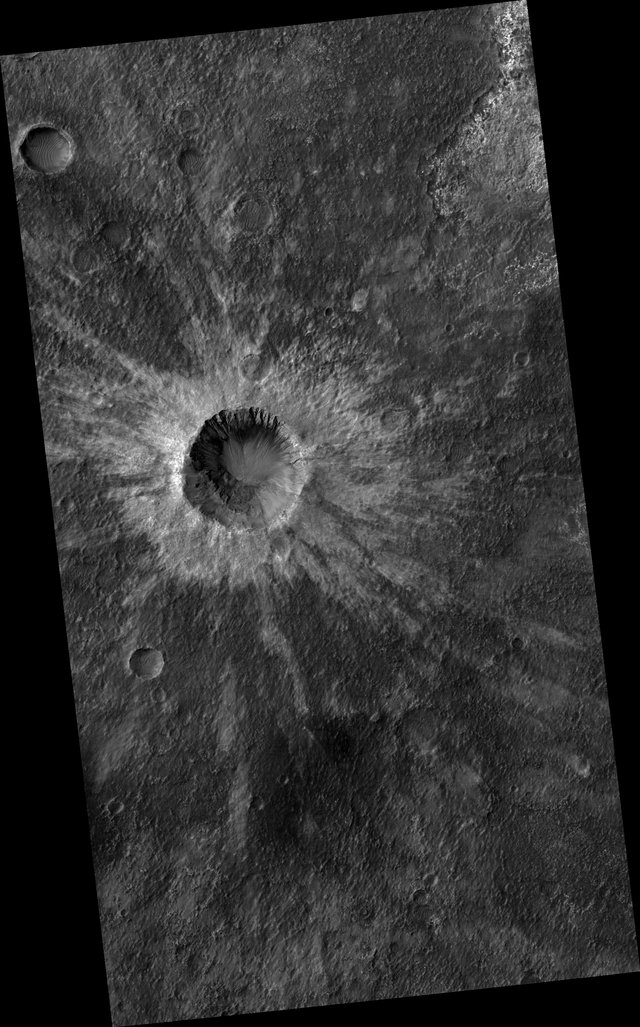 This impact crater appears relatively recent as it has a sharp rim and well-preserved ejecta.

The steep inner slopes are carved by gullies and include possible recurring slope lineae on the equator-facing slopes. Fresh craters often have steep, active slopes, so we are monitoring this crater for changes over time.

The bedrock lithology is also diverse. The crater is a little more than 1-kilometer wide.

Note: When we say "fresh," we mean on a geological scale. The crater is quite old on a human scale.