A Bonanza of Clues About Mars 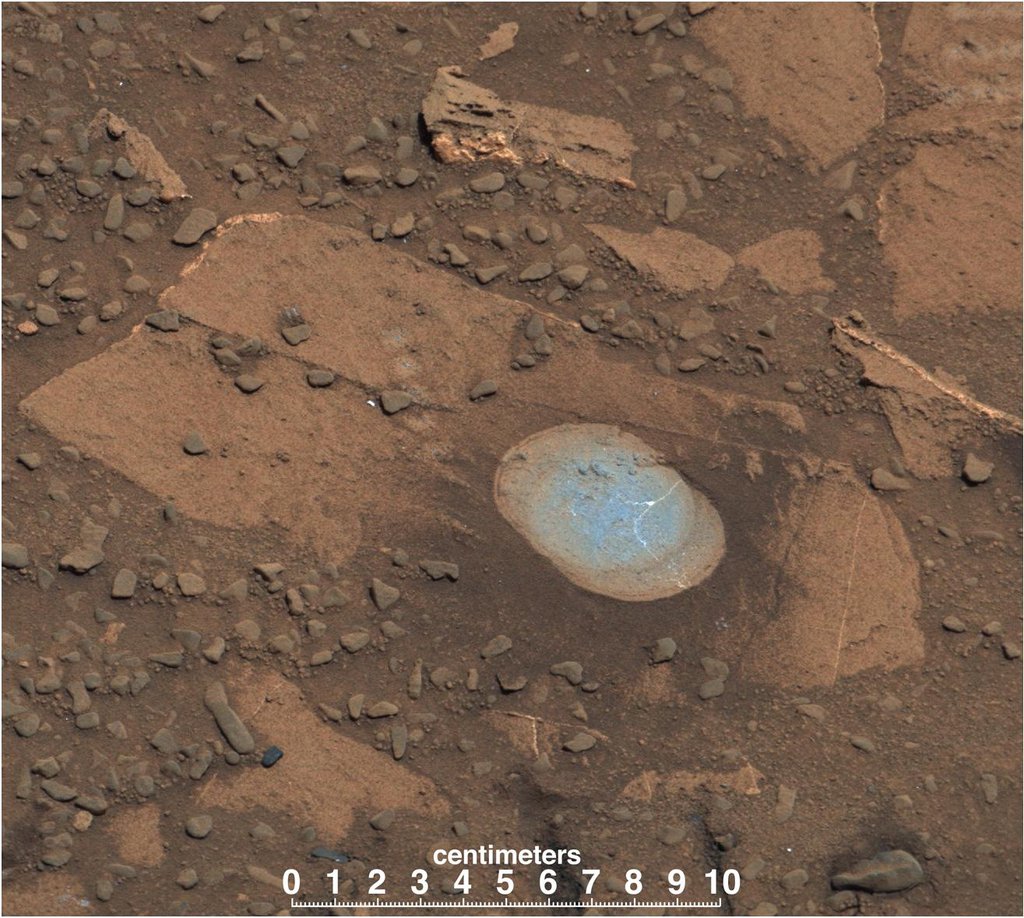 A swept Martian rock called "Bonanza King" can be seen in this image take by NASA's Mars Curiosity rover. This rock is located across the boundary that defines the base of Mount Sharp. The rover later partially drilled into and analyzed the rock, representing a first "taste" of the "Murray Formation" of rocks on the slopes of Mount Sharp, where the rover will continue exploring.

The rock has been cleaned off with Curiosity's brush, revealing what is actually a gray-green color. A number of cross-cutting, light-toned veins, likely filled with sulfate minerals, can be seen on the rock. Similar features were observed in mudstones of "Yellowknife Bay," previously explored by Curiosity.