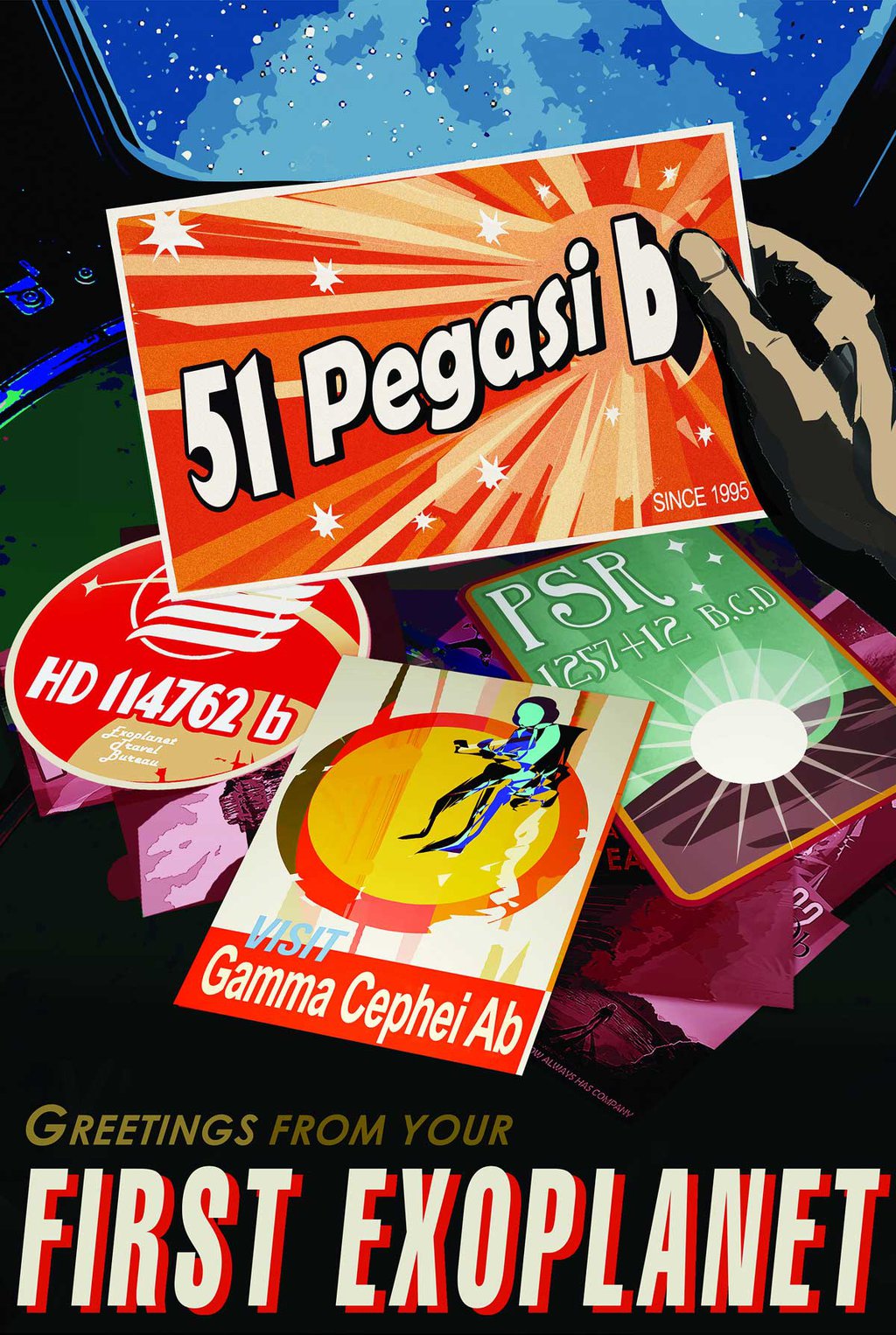 While there is much debate over which exoplanet discovery is considered the "first," one stands out from the rest. In 1995, scientists discovered 51 Pegasi b, forever changing the way we see the universe and our place in it. The exoplanet is about half the mass of Jupiter, with a seemingly impossible, star-hugging orbit of only 4.2 Earth days. Not only was it the first planet confirmed to orbit a sun-like star, it also ushered in a whole new class of planets called Hot Jupiters: hot, massive planets orbiting closer to their stars than Mercury. Today, powerful observatories like NASA's Kepler space telescope will continue the hunt of distant planets.