Quake Quandary: A 'Pi in the Sky' Math Challenge

Solar Sleuth: A 'Pi in the Sky' Math Challenge

The "Pi in the Sky" math challenge gives students a chance to take part in recent discoveries and upcoming celestial events, all while using math and pi just like NASA scientists and engineers. In this problem from the set, students use the mathematical constant pi to calculate how much helium is being rained out of Jupiter's cloud tops.

Jupiter is our solar systemâs largest planet. Shrouded in clouds, the planetâs interior holds clues to the formation of our solar system. In 1995, NASAâs  Galileo spacecraft dropped a probe into Jupiterâs atmosphere. The probe detected unusually low levels of helium in the upper atmosphere.

In 2016, the Juno spacecraft, which is designed to study Jupiterâs interior, entered orbit around the planet. Junoâs initial gravity measurements have helped scientists better understand the inner layers of Jupiter and how they interact, giving them a clearer window into what goes on inside the planet. 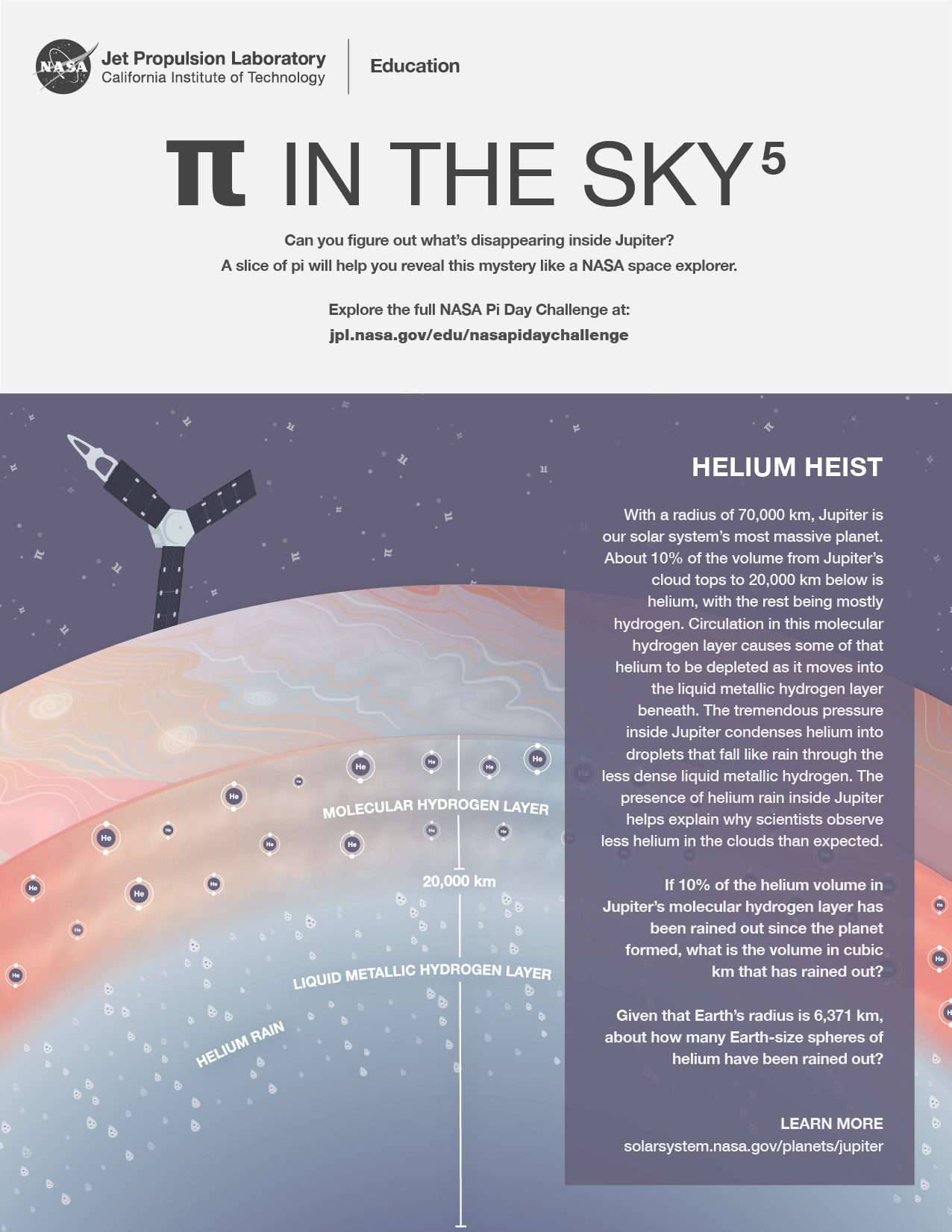