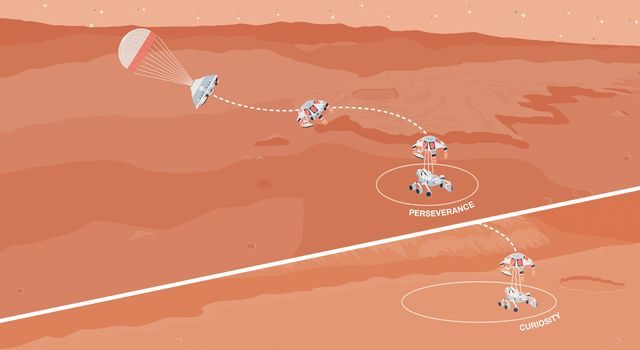 Mars Maneuver: A 'Pi in the Sky' Math Challenge 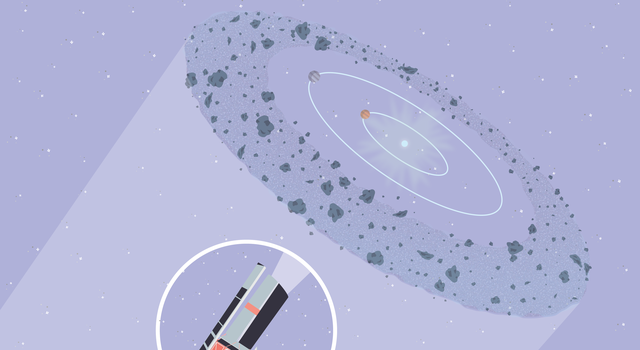 Planet Pinpointer: A 'Pi in the Sky' Math Challenge 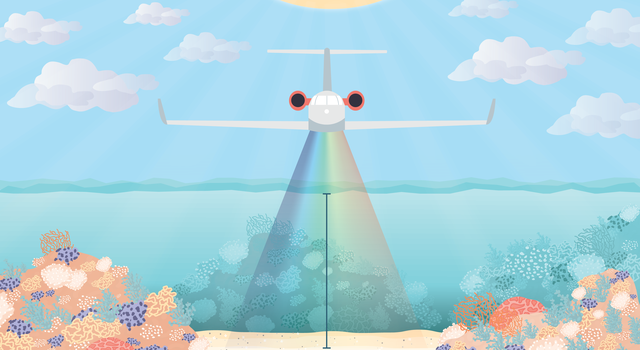 The "Pi in the Sky" math challenge gives students a chance to find solutions to real-world problems all while using math and pi just like NASA scientists and engineers. In this problem from the seventh installment of the set, students use the mathematical constant pi to measure the water depth of an area mapped by the CORAL mission. 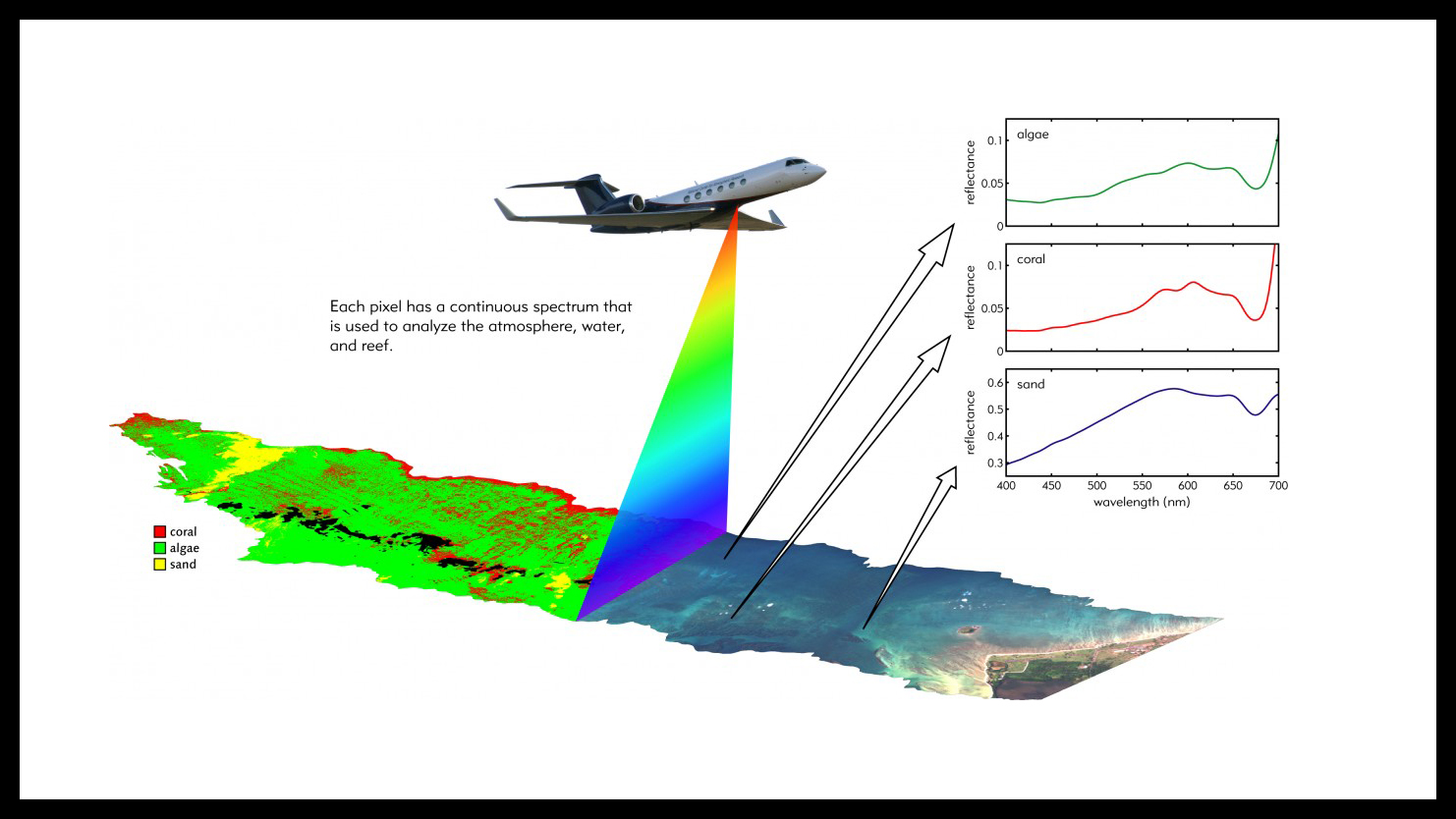 Flying onboard a Gulfstream IV aircraft, CORAL records the spectra of light reflected from the ocean below to study the composition and health of Earth's coral reefs. Image credit: NASA | + Expand image

Flying aboard an aircraft, NASAâs CORAL mission uses spectroscopy to study the health of coral reefs and the threats they face. To differentiate among coral, algae and sand on the ocean floor, CORAL computes the depth of every point it maps. The waterâs depth can be determined using the âabsorption coefficient,â indicating how much light is absorbed through a given depth of water.

Imagine CORAL collects a light measurement reflected by white sand covered by an unknown depth of water that is 76% in the blue and 4.5% in the red. Using the formulas below, calculate the waterâs depth. Note that sunlight passes through the water twice: when traveling from the Sun to the ocean floor and when reflecting up to the aircraft. 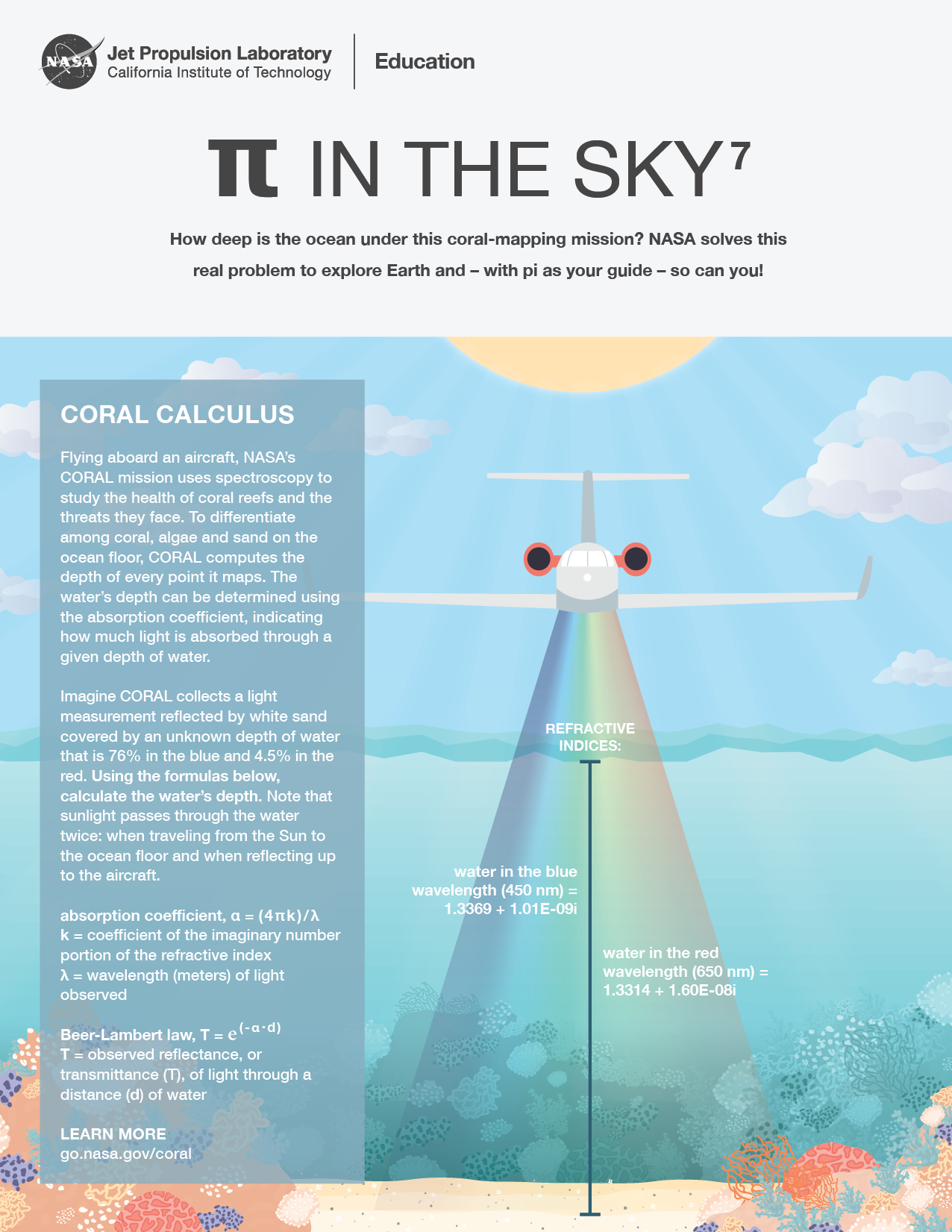 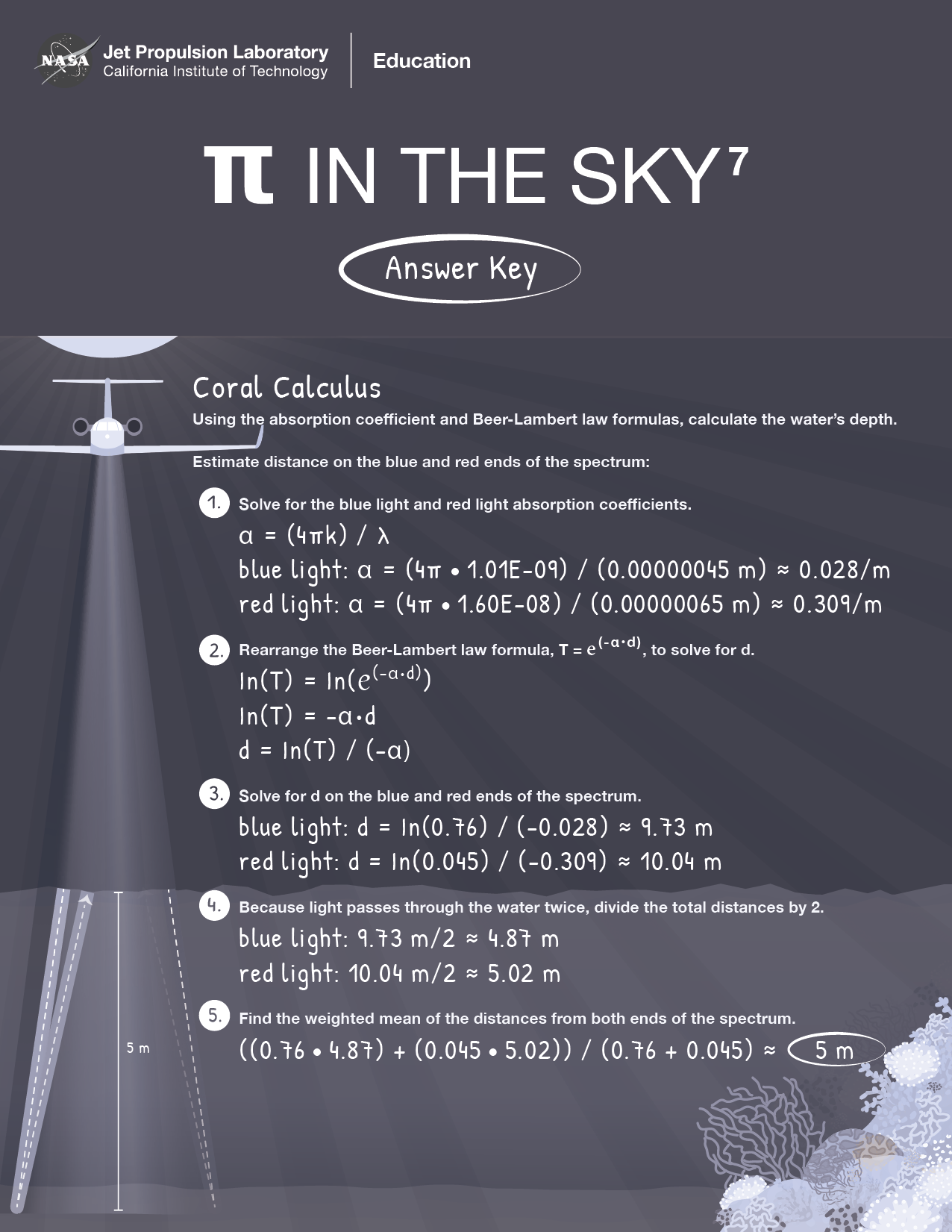