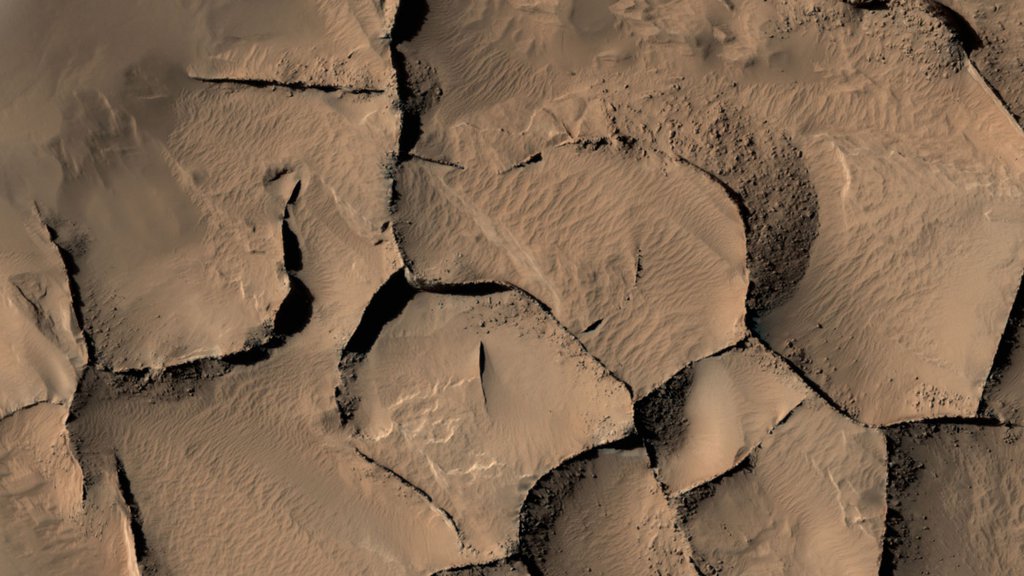 This view from the HiRISE camera on NASA's Mars Reconnaissance Orbiter shows part of an area on Mars where narrow rock ridges, some as tall as a 16-story building, intersect at angles forming corners of polygons.› Full image and caption
Credit: NASA/JPL-Caltech/Univ. of Arizona 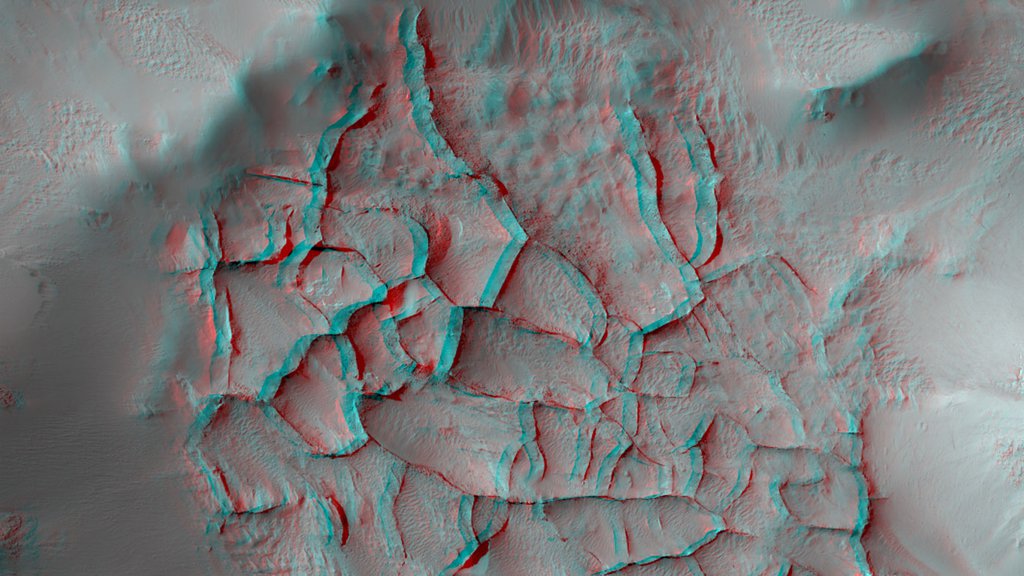 This stereo view shows an area on Mars where narrow rock ridges intersect at angles forming corners of polygons. It combines two observations from the HiRISE camera on NASA's Mars Reconnaissance Orbiter and appears three-dimensional when viewed through red-blue glasses with the red lens on the left.› Full image and caption
Credit: NASA/JPL-Caltech/Univ. of Arizona 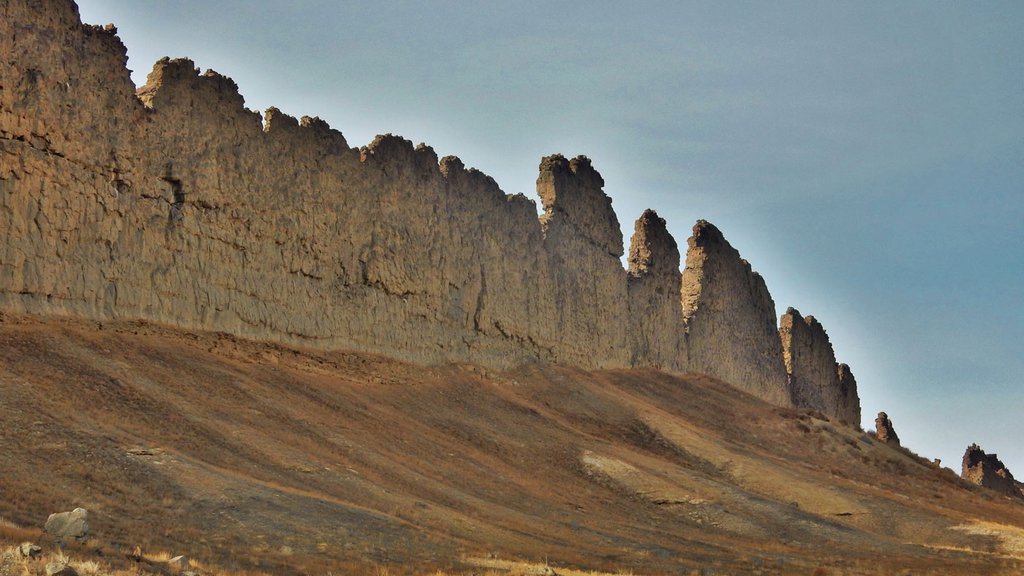 This photograph from Shiprock in northwestern New Mexico shows a ridge roughly 30 feet (about 10 meters) tall that formed from lava filling an underground fracture then resisting erosion better than the material around it did.› Full image and caption
Credit: NASA/JPL-Caltech

› Many places on Mars have networks of ridges that intersect at angles to form polygons.

The simplest explanation for these impressive ridges is that lava flowed into pre-existing fractures in the ground and later resisted erosion better than material around them.

A new survey of polygon-forming ridges on Mars examines this network in the Medusae Fossae region straddling the planet's equator and similar-looking networks in other regions of the Red Planet.

"Finding these ridges in the Medusae Fossae region set me on a quest to find all the types of polygonal ridges on Mars," said Laura Kerber of NASA's Jet Propulsion Laboratory, Pasadena, California, lead author of the survey report published this month in the journal Icarus.

The pattern is sometimes called boxwork ridges. Raised lines intersect as the outlines of multiple adjoining rectangles, pentagons, triangles or other polygons. Despite the similarity in shape, these networks differ in origin and vary in scale from inches to miles.

Mars rover missions have found small versions they have been able to inspect up close. Some of these polygonal ridges, such as at "Garden City" seen by Curiosity, are veins deposited by mineral-laden groundwater moving through underground fissures, long before erosion exposed the veins. Curiosity recently also imaged small boxwork ridges that likely originated as mud cracks.

At the other end of the size scale, ridges outline several rectangles each more than a mile (more than 2 kilometers) wide at a location called "Inca City" near Mars' south pole. These may have resulted from impact-related faults underground, with fractures filled by rising lava that hardened and was later exposed by erosion.

"Polygonal ridges can be formed in several different ways, and some of them are really key to understanding the history of early Mars," Kerber said. "Many of these ridges are mineral veins, and mineral veins tell us that water was circulating underground."

Polygonal ridges in the Nilosyrtis Mensae region of northern Mars may hold clues about ancient wet, possibly warm environments. Examples of them found so far tend to be in the same areas as water-related clues such as minerals that form in hot springs, clay-mineral layers and channels carved by ancient streams. A larger sample is needed to test this hypothesis.

Kerber is seeking help from the public through a citizen-science project using images of Mars from the Context Camera (CTX) on Mars Reconnaissance Orbiter.

"We're asking for volunteers to search for more polygonal ridges," she said. Finding as-yet-unidentified polygonal ridges in CTX images could improve understanding about their relationship to other features and also will help guide future observations with the High Resolution Imaging Science Experiment (HiRISE) camera to reveal details of the ridge networks.

This citizen-science program, called Planet Four: Ridges, began Jan. 17 on a platform released by the Zooniverse, which hosts dozens of projects that enlist people worldwide to contribute to discoveries in fields ranging from astronomy to zoology. More information is at:

Other Zooniverse Mars projects using data from CTX and HiRISE have drawn participation from more than 150,000 volunteers.

On Earth, too, polygonal ridges have diverse origins. Examples include grand walls of lava that hardened underground then were exposed by erosion, and small ridge networks inside limestone caves, where erosion can be chemical as well as physical.