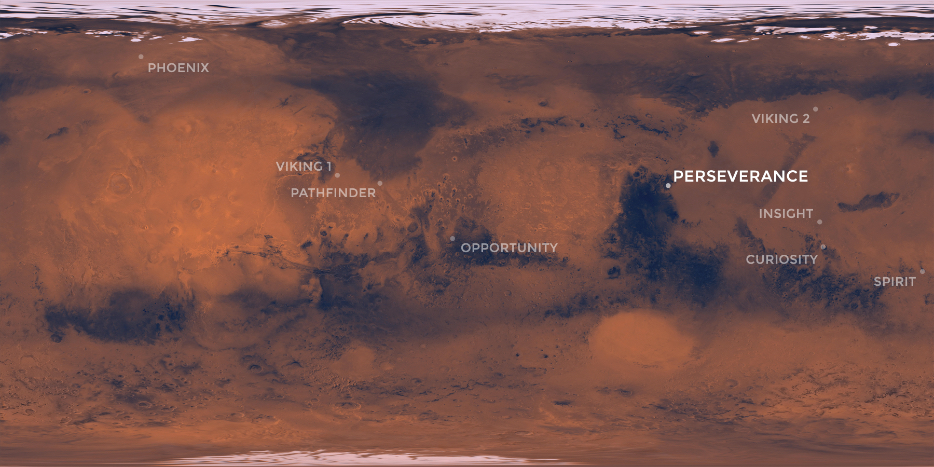 Location where Perseverance will land, with the locations of other successful NASA Mars landings. Image credit: NASA/JPL-Caltech | Full image and caption

Perseverance and Ingenuity, which is attached to the roverâs belly, will land in Jezero Crater, located on the western edge of Isidis Planitia, a giant impact basin just north of the Martian equator at about 18 degrees latitude, 77 degrees longitude. Western Isidis presents some of the oldest and most scientifically interesting landscapes Mars has to offer. Scientists believe the 28-mile-wide (45-kilometer-wide) crater was home to a lake about 3.5 billion years ago â the word âJezeroâ in several slavic languages means âlakeâ â as well as an ancient river delta. Together, they could have collected and preserved ancient organic molecules and other potential signs of microbial life from the water and sediments that flowed into the crater billions of years ago.