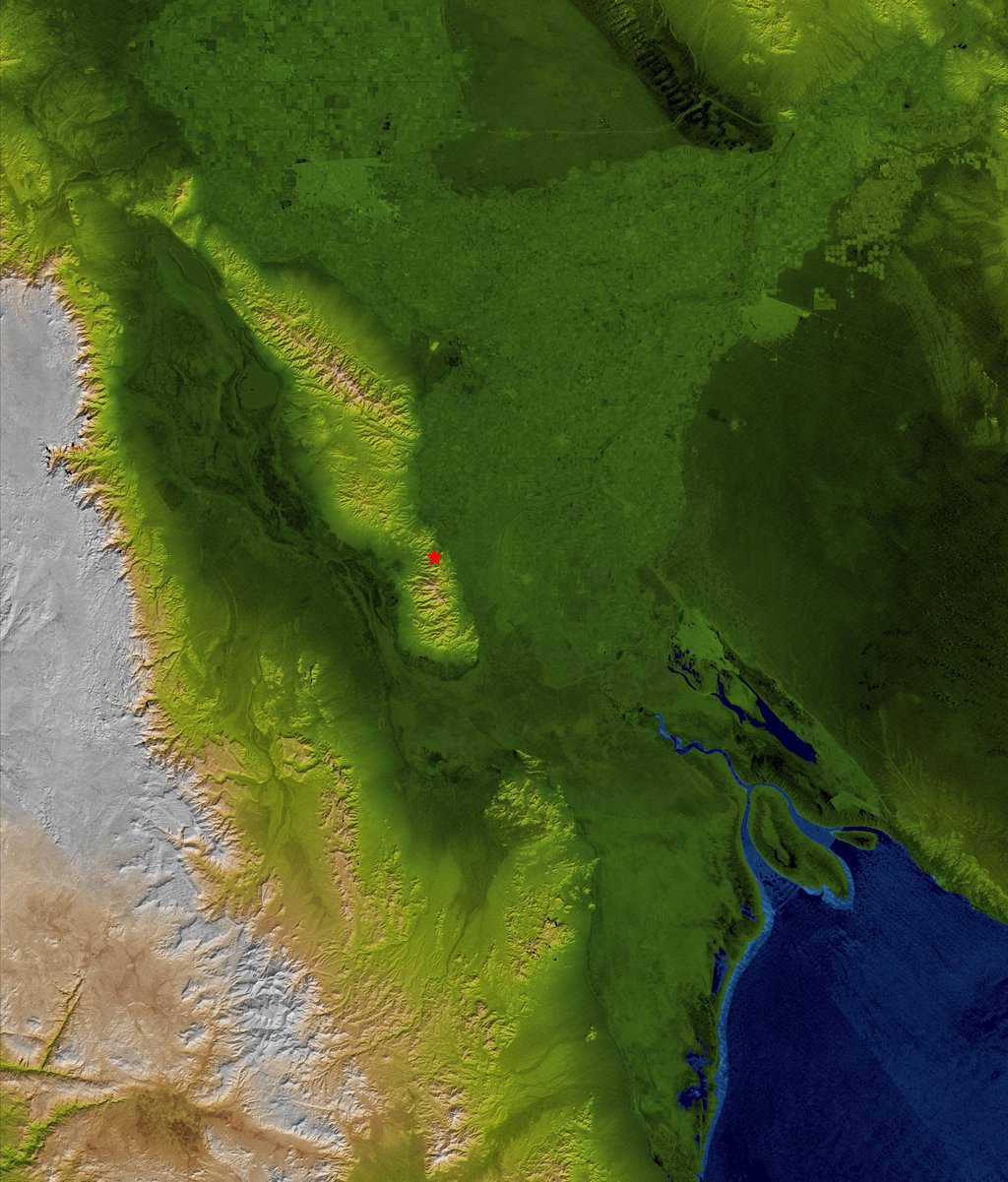 The topography surrounding the Laguna Salada Fault in the Mexican state of Baja, California, is well shown in this combined radar image and topographic view generated with data from the Shuttle Radar Topography Mission (SRTM). On April 4, 2010, a magnitude 7.2 earthquake struck along this fault about 64 kilometers (40 miles) south of the Mexico-United States border.

According to the U.S. Geological Survey, the earthquake was the largest event to strike this area since 1892. This fault is a probable southern continuation of the Elsinore Fault Zone in Southern California, and is related to the San Andreas fault zone complex. Aftershocks since the major event have appeared to extend in both directions along this fault system from the epicenter, marked by the red star.

This image combines a radar image acquired in February 2000 during SRTM, and color-coding by topographic height using data from the same mission. Dark green colors indicate low elevations, rising through yellow and tan, to white at the highest elevations.

The Shuttle Radar Topography Mission flew aboard the Space Shuttle Endeavour, launched on Feb. 11, 2000. SRTM used the same radar instrument that comprised the Spaceborne Imaging Radar-C/X-Band Synthetic Aperture Radar (SIR-C/X-SAR) that flew twice on the Space Shuttle Endeavour in 1994. SRTM was designed to collect 3-D measurements of Earth's surface. To collect the 3-D data, engineers added a 60-meter (approximately 200-foot) mast, installed additional C-band and X-band antennas, and improved tracking and navigation devices. The mission is a cooperative project between NASA, the National Geospatial-Intelligence Agency (NGA) of the U.S. Department of Defense and the German and Italian space agencies. It is managed by NASA's Jet Propulsion Laboratory, Pasadena, Calif., for NASA's Science Mission Directorate, Washington, D.C.