What Do You Know About Mars? 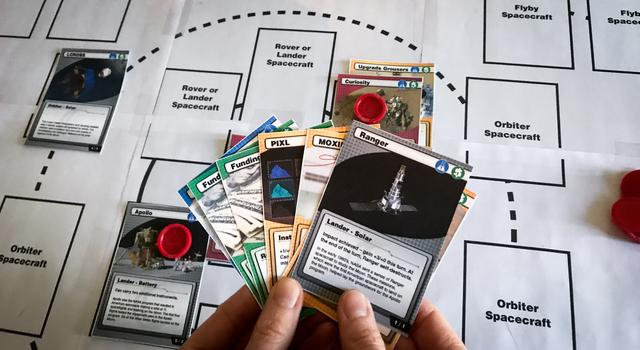 In Part Two of this three-part lesson, students add to a KWL (Know, Want, Learn) chart created in Part One and decide what they want to learn from a robotic mission to Mars. They will decide how their robot will move on Mars and which tools to put on their robot to accomplish their goals.

NASA sends missions to Mars so we can learn more about our home planet, Earth. Mars and Earth may have been quite similar when they formed, but now Mars is cold and dry and has very little atmosphere. Scientific evidence tells us that Mars once had a global ocean. What happened to it? Did that global ocean and its many Martian rivers once support life? These are just some of the questions scientists are hoping to answer.

Rovers can use many different methods of locomotion, or moving. They can use wheels, legs, tank treads, or they can roll, hop, or slither. Encourage students to use their imagination in thinking about how a rover they design might move.

Mars rovers carry numerous scientific tools, or instruments, that help scientists gain answers to their questions. Some of these tools, such as cameras or even drills, will be familiar to most students. Other tools, such as microscopes, thermometers, and lasers will likely be unfamiliar and need more explanation.

Ask students to provide reasoning for which tools they chose to bring to Mars.

Students should select tools that can help answer their questions about Mars (e.g., a student chooses a thermometer to answer the question, âHow cold is it on Mars?â).

Part three of this three-part lesson is coming soon ...