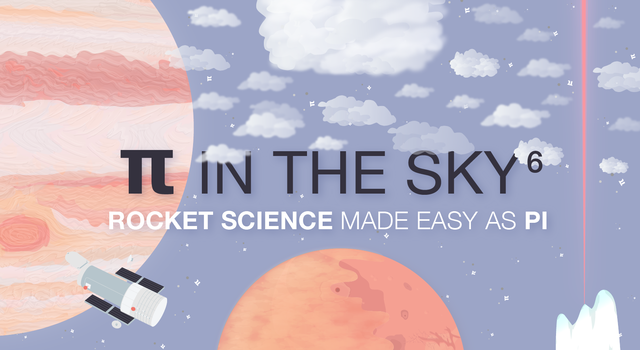 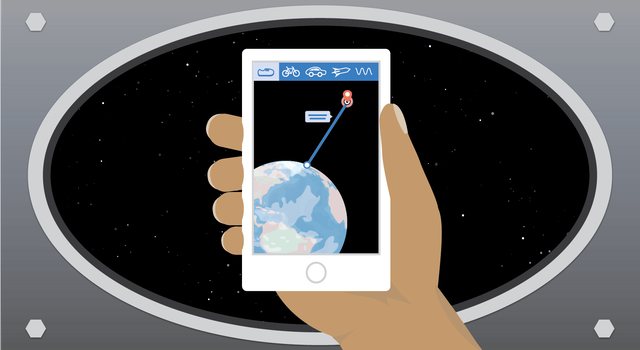 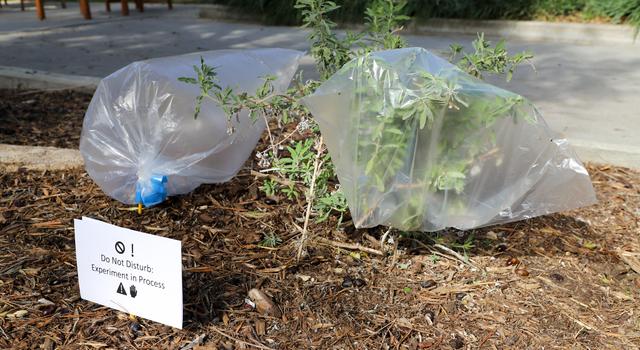 Students conduct a transpiration experiment using a plant in their schoolyard. They will set up the experiment, make a hypothesis and observe and explain the results.

This graphic shows the various parts of the water cycle, which is what moves Earth's water around the planet to places where plants, animals and humans can use it. Image credit: NOAA SciJinks | + Expand image

The transpiration process is vital to plant health. Transpiration in plants is akin to humans exhaling water vapor when they breathe â but it works a little differently. During transpiration, more than 95 percent of the water entering a plant passes through the plant and transpires â primarily through stomata, tiny pores on the underside of leaves â and enters the atmosphere as water vapor.

Excess carbon in our atmosphere contributes to warming temperatures, which can then shut down even more plant stomata, creating a vicious cycle. In a changing climate, the resulting warmer temperatures and increased opportunities for drought put plant health at risk. When plants are at risk, the health of the entire Earth system is at risk. 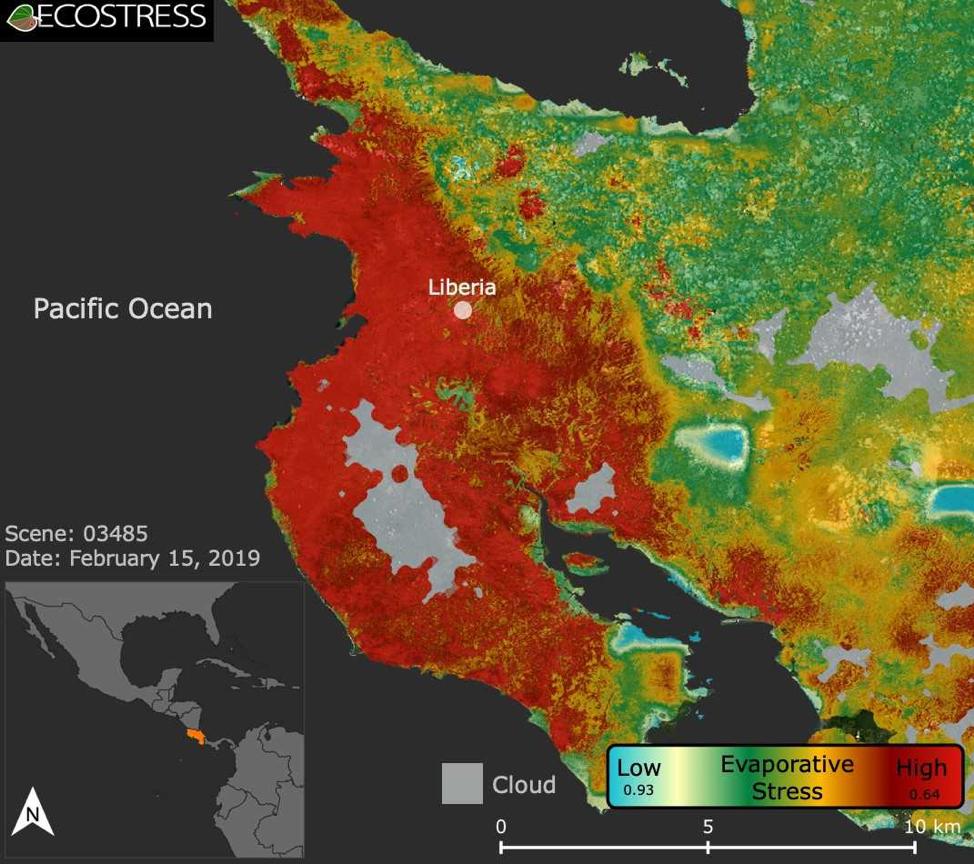 The images acquired by ECOSTRESS are the most detailed temperature images of Earthâs surface ever acquired from space. These images are so accurate, they can be used to measure the temperature of an individual farmerâs field and thus be used to inform irrigation practices.

Data from ECOSTRESS are also used to determine the evaporative stress index, or ESI, a leading drought indicator. ESI describes changes in evapotranspiration over time. Tracking ESI can provide early warning signs of drought by indicating plant stress before the stress is visually apparent. ESI can be used to estimate current drought conditions, providing the opportunity for decision-makers to take action when drought is imminent.

ESI, evapotranspiration (ET), and water use efficiency (WUE) are measured by ECOSTRESS at 70-meter resolution every few days. Scientists have determined that these are strong predictors of wildfire burn severity, or damage to soils and vegetation associated with wildfires. Their research provides insights on how plant water stress in advance of a wildfire predicts burn severity and can inform preâfire season monitoring and fuel management.

Discuss the water cycle and transpiration

Set up the experiment

Review the results of the experiment and make connections