Gravity Grab: A 'Pi in the Sky' Math Challenge

Round Recon: A 'Pi in the Sky' Math Challenge

The "Pi in the Sky" math challenge gives students a chance to take part in recent discoveries and upcoming celestial events, all while using math and pi just like NASA scientists and engineers. In this problem from the set, students use the mathematical constant pi to find out how much solar energy is lost on Earth when Mercury transits, or passes in front of, the Sun.

A transit happens when a planet crosses in front of a star. From our perspective on Earth, we only ever see two planets transit the sun: Mercury and Venus. Transits of Mercury happen about 13 times per century, while transits of Venus are even more rare. The next transit of Venus won't happen until 2117! As Mercury passes in front of the sun, viewers around Earth (using the proper safety equipment) will be able to see a tiny dark spot moving slowly across the disk of the sun. 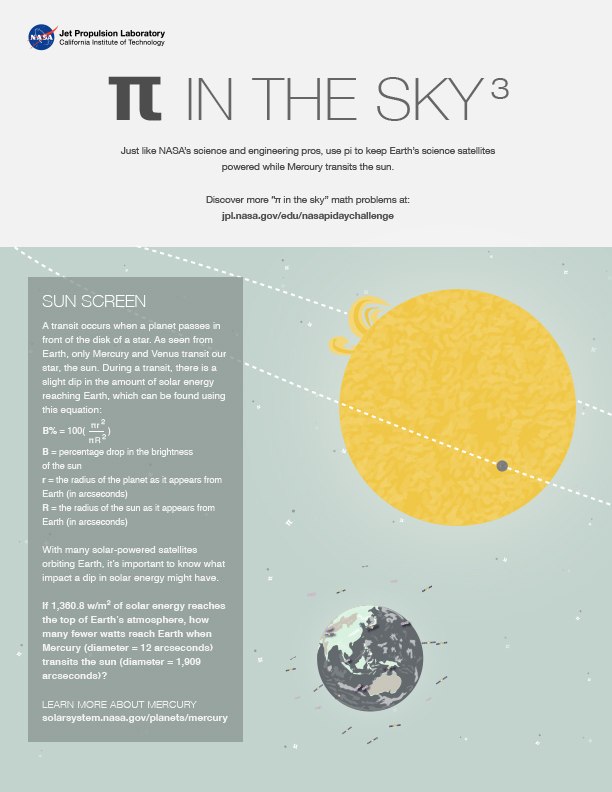