Sun Screen: A 'Pi in the Sky' Math Challenge

Hazy Halo: A 'Pi in the Sky' Math Challenge

The "Pi in the Sky" math challenge gives students a chance to take part in recent discoveries and upcoming celestial events, all while using math and pi just like NASA scientists and engineers. In this problem from the set, students use the mathematical constant pi to calculate how long it takes for the Mars Reconnaissance Orbiter to circle the Red Planet.

NASA's Mars Reconnaissance Orbiter blasted off from Cape Canaveral in 2005, on a search for evidence that water persisted on the surface of Mars for a long period of time.

After a seven-month cruise to Mars and six months of aerobraking to reach its science orbit, Mars Reconnaissance Orbiter began seeking out the history of water on Mars with its science instruments. The instruments zoom in for extreme close-up photography of the martian surface, analyze minerals, look for subsurface water, trace how much dust and water are distributed in the atmosphere, and monitor daily global weather.

In its survey of the red planet, the Mars Reconnaissance Orbiter is increasing tenfold the number of spots surveyed close-up. One of the orbiter's cameras is the largest ever flown on a planetary mission. Though previous cameras on other Mars orbiters could identify objects no smaller than a school bus, this camera can spot something as small as a dinner table. That capability has allowed the orbiter to identify obstacles such as large rocks that could jeopardize the safety of landers and rovers.

The orbiter's telecommunications systems provide a crucial service for future spacecraft, serving as the first link in a communications bridge back to Earth, an "interplanetary Internet" that can be used by numerous international spacecraft in coming years. 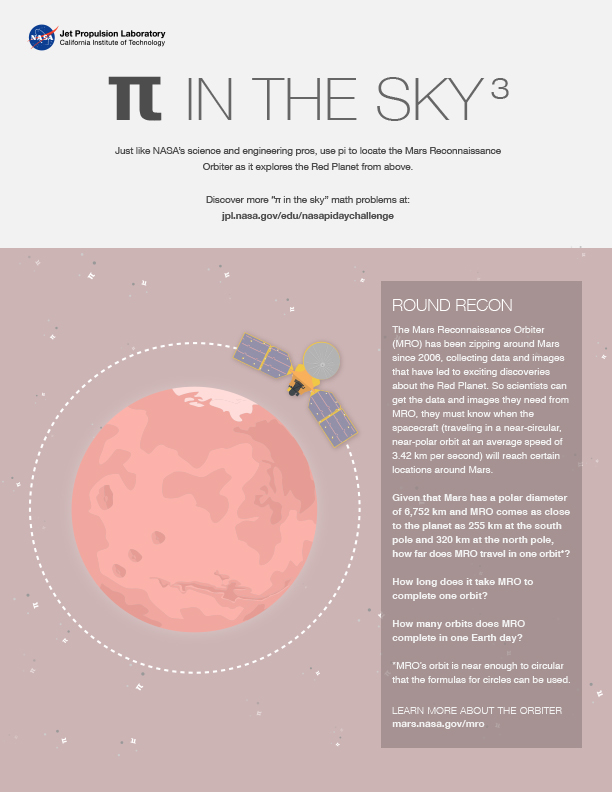