Asteroid Ace: A 'Pi in the Sky' Math Challenge

Helium Heist: A 'Pi in the Sky' Math Challenge

The "Pi in the Sky" math challenge gives students a chance to take part in recent discoveries and upcoming celestial events, all while using math and pi just like NASA scientists and engineers. In this problem from the set, students use the mathematical constant pi to identify the timing and location of a seismic event on Mars, called a "marsquake."

InSight, short for Interior Exploration using Seismic Investigations, Geodesy and Heat Transport, is a Mars lander designed to give the Red Planet its first thorough checkup since it formed 4.5 billion years ago. It is the first outer space robotic explorer to study in-depth the "inner space" of Mars: its crust, mantle, and core.
Studying Mars' interior structure answers key questions about the early formation of rocky planets in our inner solar system - Mercury, Venus, Earth, and Mars - more than 4 billion years ago, as well as rocky exoplanets. InSight also measures tectonic activity and meteorite impacts on Mars today.
The lander uses cutting edge instruments, to delve deep beneath the surface and seek the fingerprints of the processes that formed the terrestrial planets. It does so by measuring the planet's "vital signs": its "pulse" (seismology), "temperature" (heat flow), and "reflexes" (precision tracking).
The InSight lander seismometer, SEIS, listens to the pulse of Mars. SEIS records the waves traveling through the interior structure of a planet. Studying seismic waves tells us what might be creating the waves. On Mars, scientists suspect that the culprits may be marsquakes, meteorites striking the surface, or hot, molten magma moving at great depths underneath the surface. This activity focuses on how the SEIS instrument works to determine the time at which seismic events occur on the planet. InSight also carries a heat flow probe and a radio science experiment. 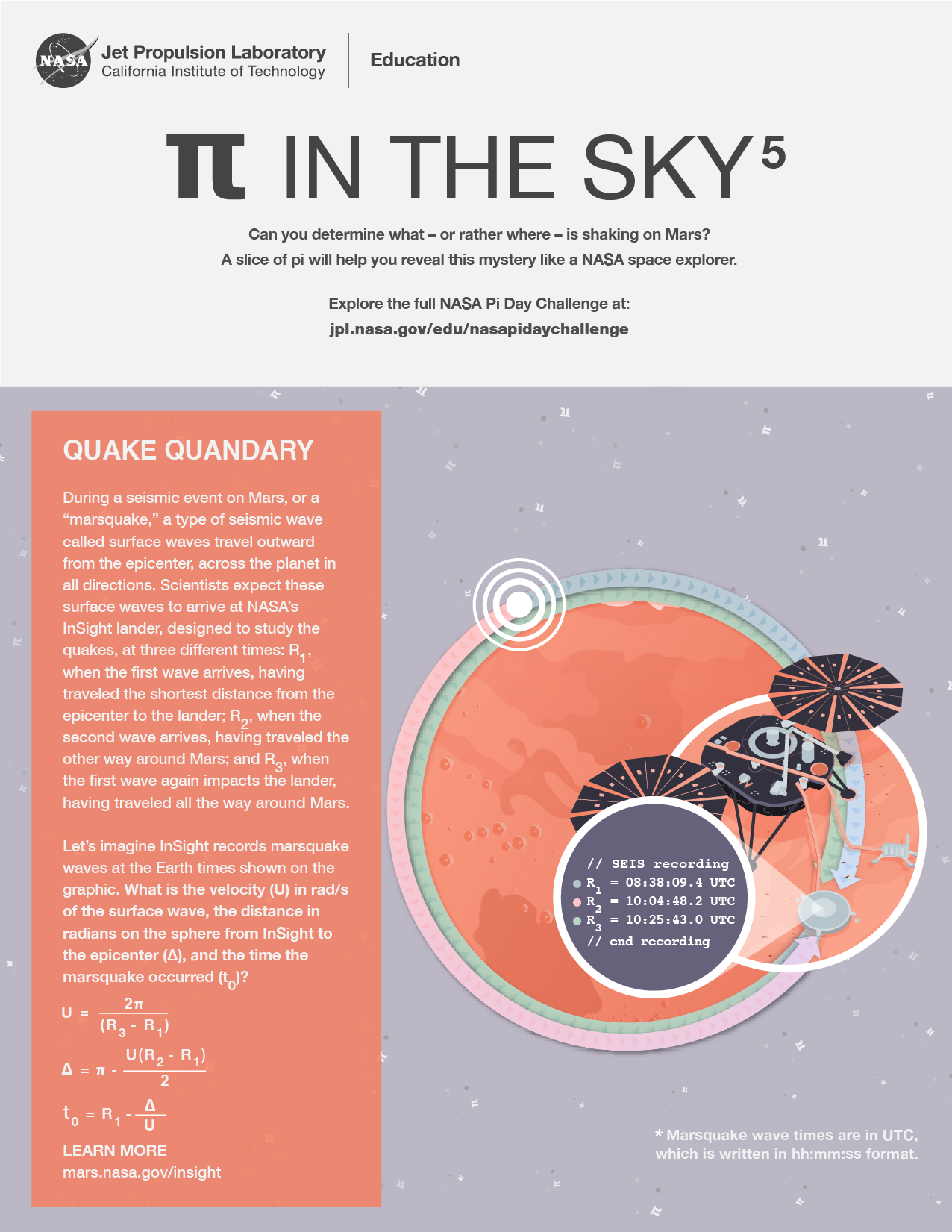