Coding a Radio Message for Space

In this activity, students explore the relationship between the masses of objects and the orbits they follow. They will make predictions and try to model different orbital scenarios using a gravity well model constructed in class.

In advance of the lesson, create the gravity well model(s) as follows â making either one model for a class demonstration or one model per group of four to five students:

Gravity is a force that affects everything in the universe. For example, itâs what holds us firmly on Earthâs surface and prevents us from floating away. But itâs so commonplace that we often donât think about it until something falls.

Every object that has mass has gravity. The more massive an object is, the more gravity it has. A very massive object like Earth has a lot of gravity, but even a comparatively small human has gravity. So while Earthâs gravity pulls on us, our personal gravity also pulls on Earth. Itâs such a small amount of gravity that there isnât a noticeable effect on Earth.

Learn how NASA investigated a prediction from Einstein's theory of gravity, confirming the existence of a space-time vortex around Earth. | Watch on YouTube

NASA's DART spacecraft was put on a trajectory that would cause it to intentionally crash into the asteroid Dimorphos, as shown in this animation. Credit: NASA/Johns Hopkins APL | + Expand image | âº Learn more about DART

Spacecraft sometimes use what's known as a gravity assist to pick up momentum and/or visit multiple planets on the way to their destination, as shown in this simulation of Voyager 2's trajectory. Image credit: NASA/JPL-Caltech | + Expand image | âº Learn more about Voyager 2

Albert Einstein, in his theory of general relativity, postulated that what we think of as empty space is actually three-dimensional space-time, a sort of fabric that fills the volume of the universe.

An object will warp space-time similar to the way a bowling ball warps the fabric of a trampoline, creating whatâs known as a gravity well. The more massive an object is, the more warping of space-time occurs and the deeper the gravity well becomes.

Depending on its mass and velocity, an object entering another objectâs gravity well could do several things.

It could impact the other object if it is moving too slowly or its motion follows a path that intersects with the object.

This activity explores some of those scenarios in a two-dimensional space. Keep in mind that in three dimensions, the warping occurs in all directions, so an object can enter, orbit, or exit a gravity well along any plane, depending on its speed and direction.

This model can be used to model how light is influenced by gravity when it travels through space. The phenomenon of light following a curved path around a gravity well is known as gravitational lensing, and it allows scientists to observe objects that might otherwise be hidden behind another object from our perspective. The amount of curvature can also tell scientists about the mass of the foreground object. 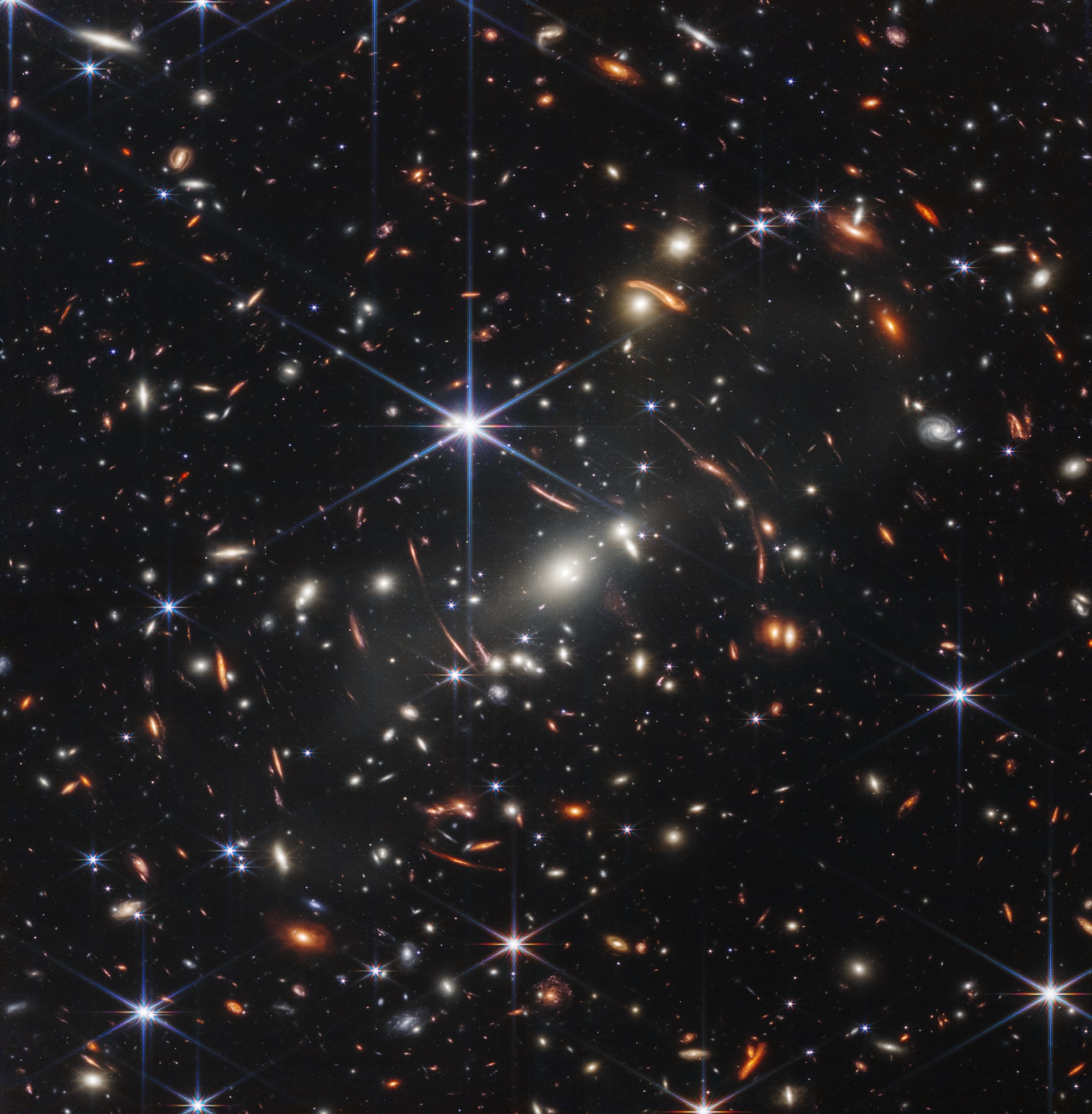 Several examples of gravitational lensing can be seen in this image from NASAâs James Webb Space Telescope of galaxy cluster SMACS 0723. See for example, the warped-looking galaxy to the upper right of the bright star near the center of the image. Learn more in this slideshow for students. Image credits: NASA, ESA, CSA, STScI | âº Full image and caption | âº Text description (PDF)