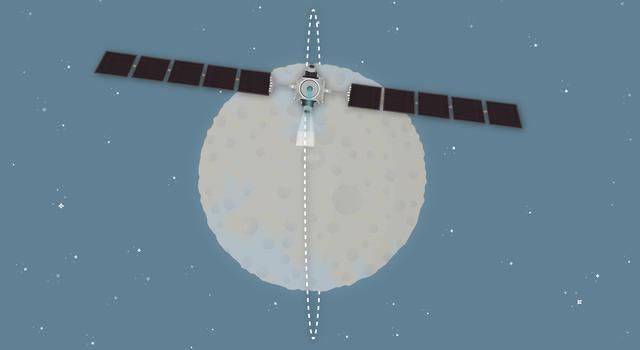 Pixel Puzzler: A 'Pi in the Sky' Math Challenge

Gravity Grab: A 'Pi in the Sky' Math Challenge 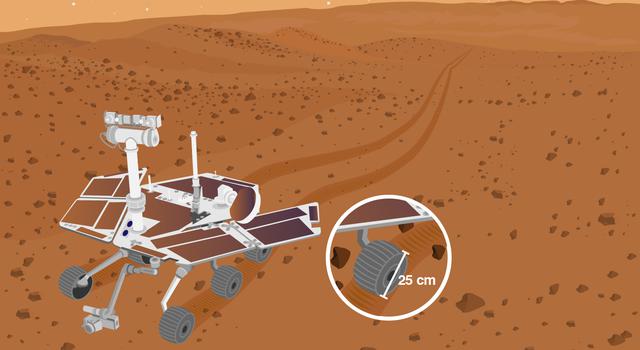 The "Pi in the Sky" math challenge gives students a chance to take part in recent discoveries and upcoming celestial events, all while using math and pi just like NASA scientists and engineers. In this problem from the set, students use the mathematical constant pi to calculate how many times the Mars rover Opportunity's wheels rotated to get the rover to a marathon distance.

NASA's twin robot geologists, the Mars Exploration Rovers Spirit and Opportunity, launched toward Mars in the summer of 2003, in search of answers about the history of water on Mars. They landed on Mars in January of 2004.

Primary among the mission's scientific goals is to search for and characterize a wide range of rocks and soils that hold clues to past water activity on Mars. The spacecraft were targeted to sites on opposite sides of Mars that appear to have been affected by liquid water in the past. The landing sites were at Gusev Crater, a possible former lake in a giant impact crater, and Meridiani Planum, where mineral deposits (hematite) suggest Mars had a wet past.

Despite having a primary mission of only 90 days, Spirit lasted for over six years on Mars, and Opportunity is still operating 14 years later, as of this writing (February, 2018). 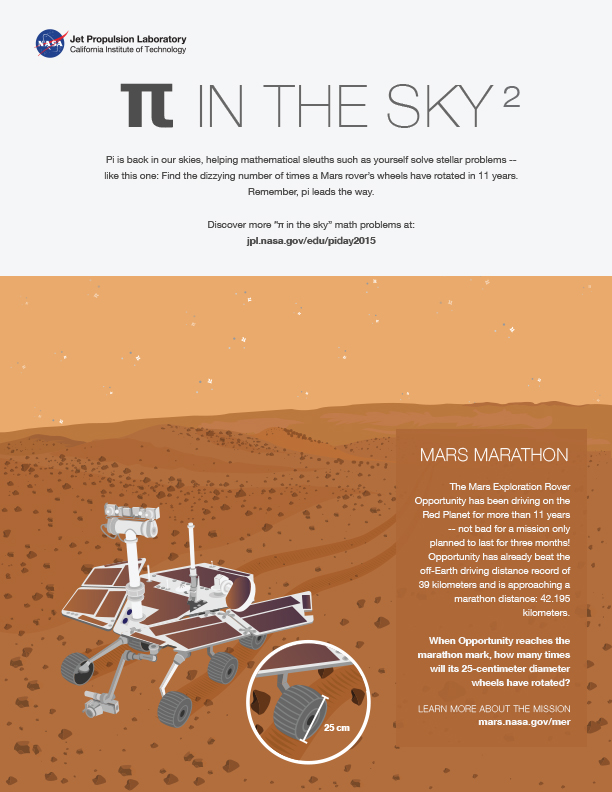