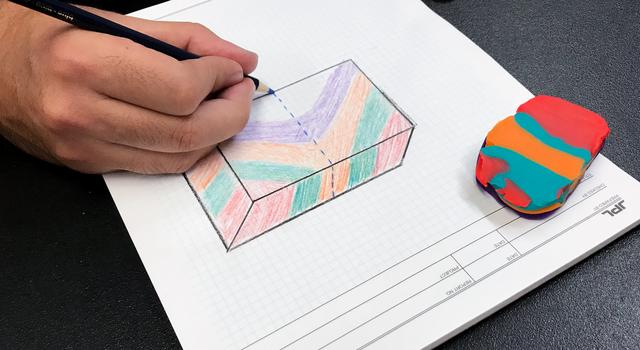 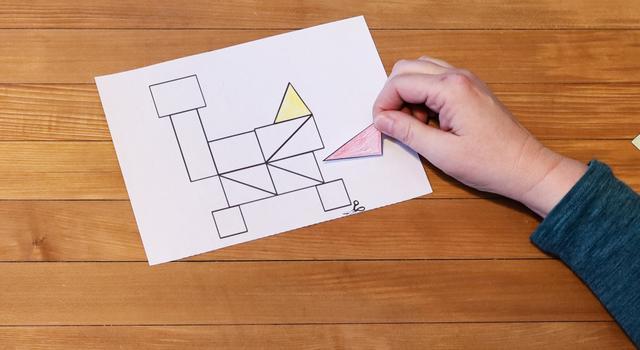 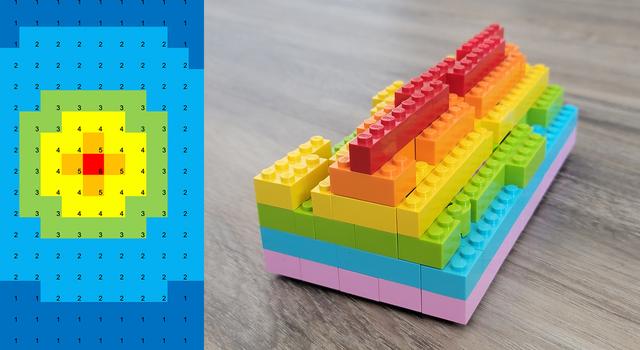 Students analyze simulated radar data to map surface elevations on a grid. Next, they determine what kind of surface feature is displayed by the data. Students then build a physical model representing their data.

Spacecraft can collect data about the surfaces of planets, moons, and asteroids using radar (radio detection and ranging) and lidar (laser imaging, detection, and ranging).

Both methods send a signal â radio waves in the case of radar and laser pulses in lidar â from a spacecraft and measure the returned signal that bounces, or reflects, off a planetary surface. The longer a signal takes to return, the farther it has traveled, indicating a lower surface. A shorter return time means the signal bounced off of a surface with a higher elevation. Meanwhile, the amount of energy returned can provide information about the properties of the reflected surface. 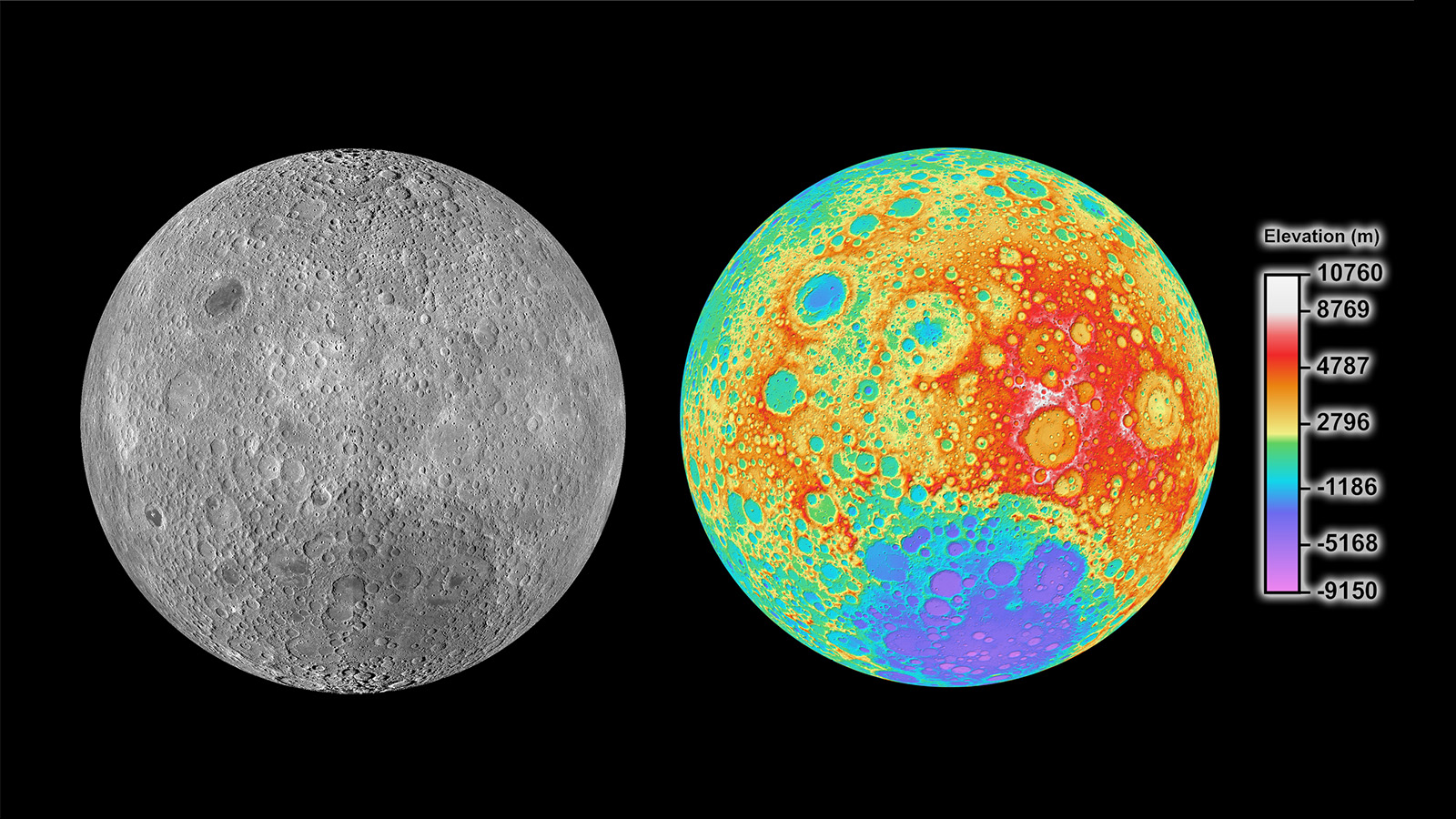 Compare these two views of the farside of the Moon captured by the Lunar Reconnaissance Orbiter. What do you observe in the topographic view on the right that's not revealed in the monochrome version on the left? Image credit: NASA | + Expand image

Spacecraft circling a planet measure strips, or swaths, of the surface as they orbit, eventually mapping the entire body. NASAâs Shuttle Radar Topography Mission was one of several that did this for Earth while the Mars Global Surveyor used lidar to map the Red Planet. Some spacecraft fly by planets and moons, only mapping sections of the surface. For example, the Cassini spacecraft mapped multiple swaths of Saturnâs moon Titan during its more than 13 years at the ringed giant. 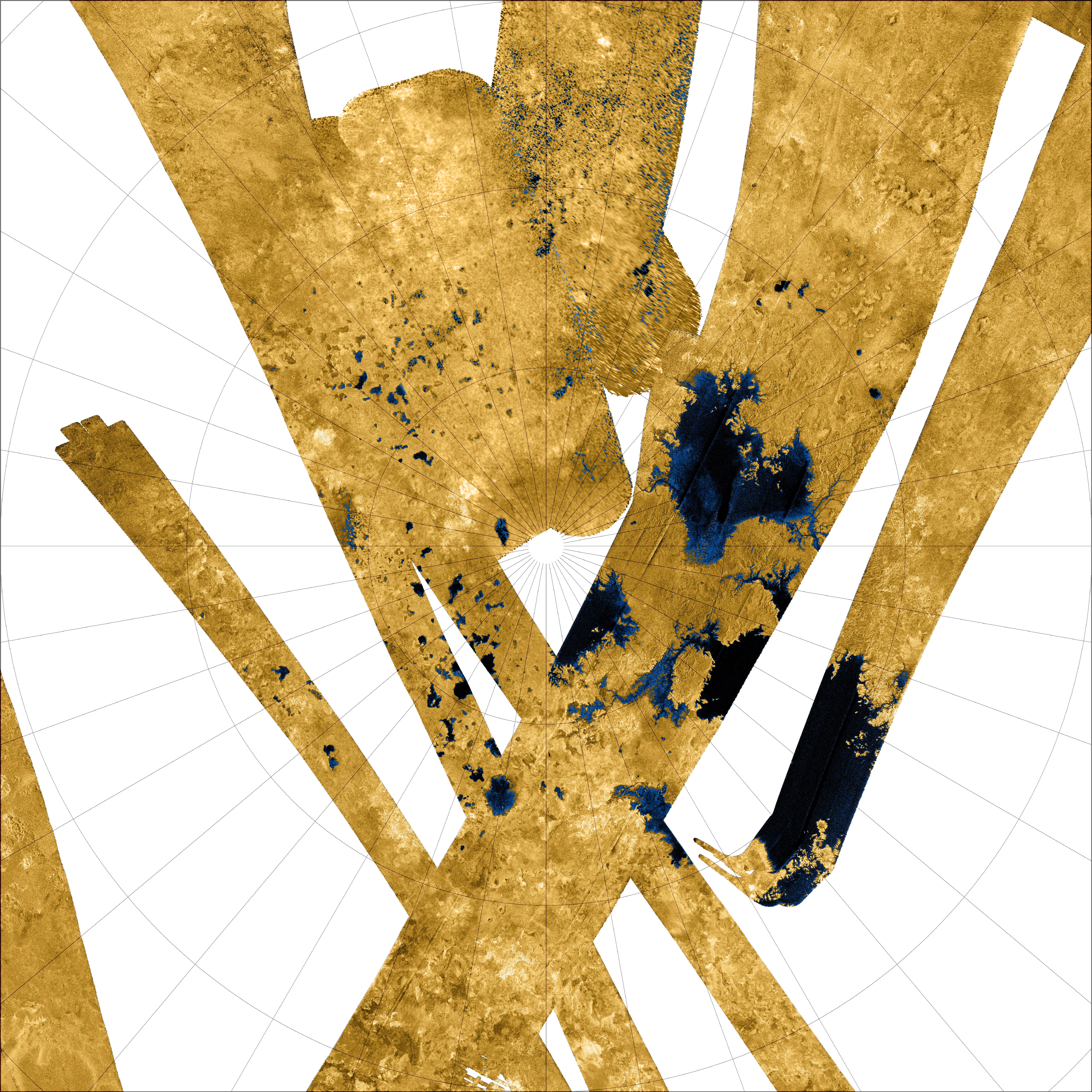 This mosaic of images captured by the Cassini mission during several flybys of Saturn's hazy moon Titan, clearly shows the paths, or swaths, of data collected by the spacecraft. The swaths were given a specialized color scheme to emphasize the contrast between radar-dark areas believed to be lakes and seas (shown in blue and black) and the relatively radar-bright dry land areas (shown in shades of brown). Image credit: NASA/JPL-Caltech | âº Full image and caption

These two views of Mars' Valles Marineres show the canyon as it appears to the natural eye (top) and as a topographic map (bottom). Image credit: NASA/JPL-Caltech | + Expand image 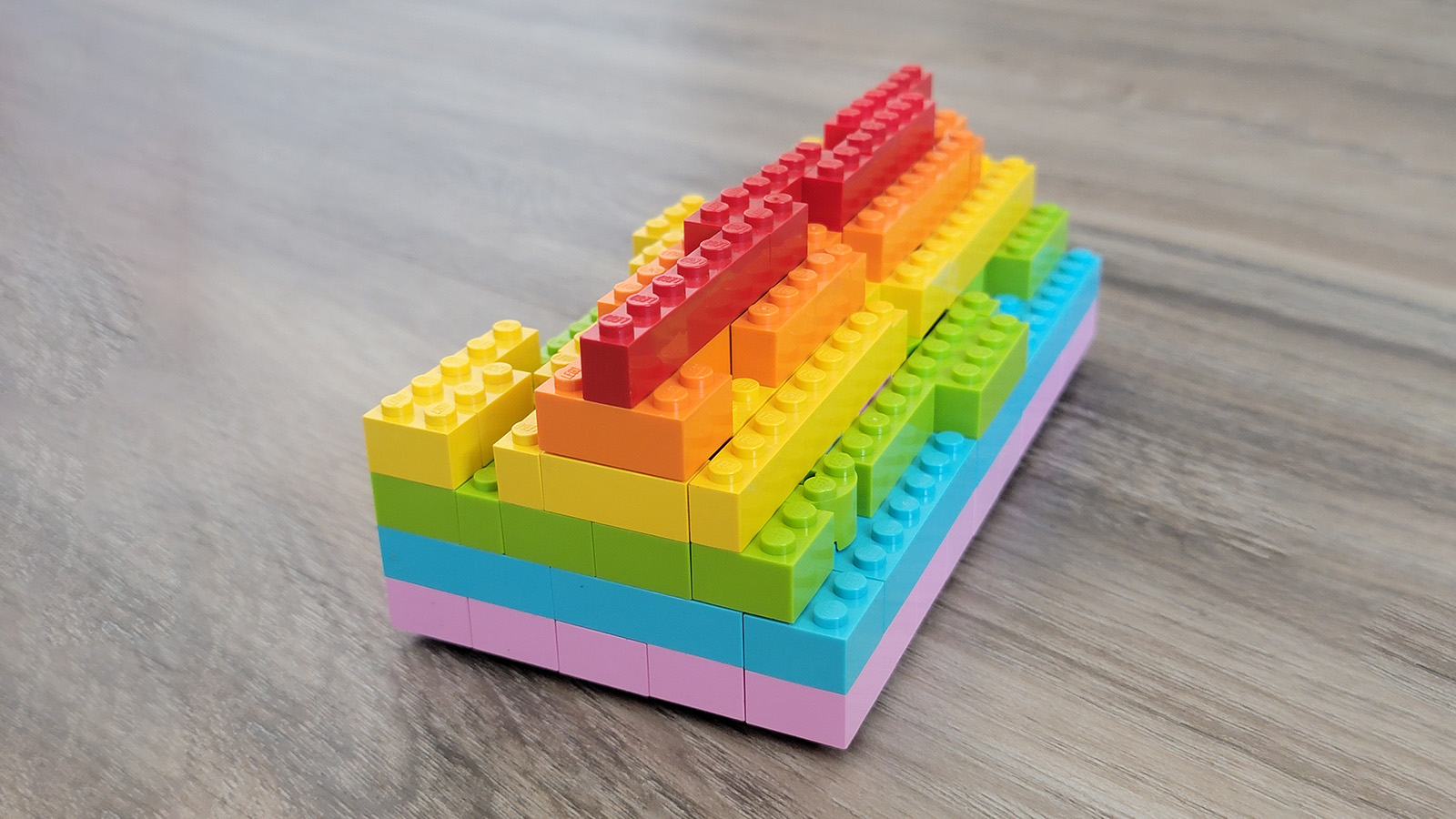