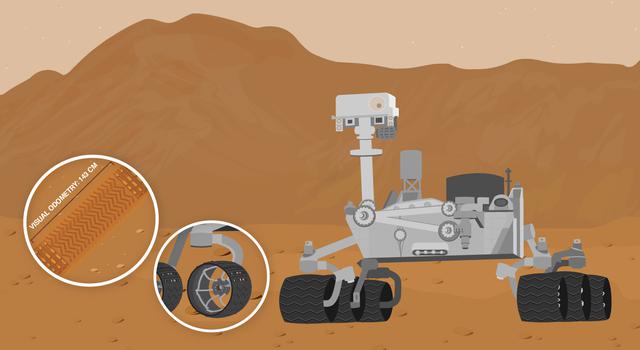 Roving Riddle: A 'Pi in the Sky' Math Challenge 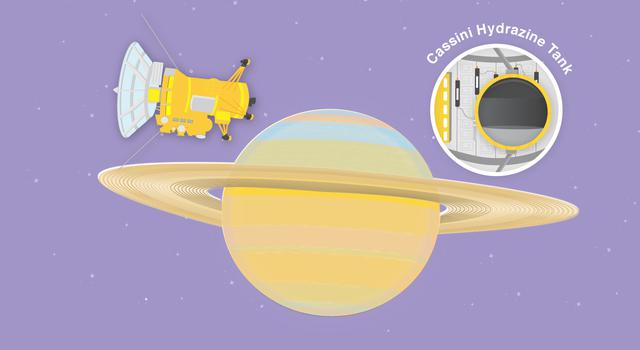 Flying Formula: A 'Pi in the Sky' Math Challenge 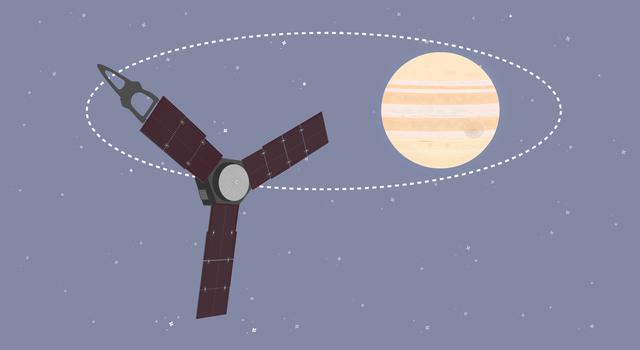 The "Pi in the Sky" math challenge gives students a chance to take part in recent discoveries and upcoming celestial events, all while using math and pi just like NASA scientists and engineers. In this problem from the set, students use the mathematical constant pi to find out how far the Juno spacecraft travels in its highly eccentric orbit about Jupiter.

After a five year journey from Earth, the Juno spacecraft arrived at Jupiter on July 4, 2016. Its main goal is to help scientists understand the origin and evolution of the largest planet in our solar system. By learning about Jupiter's formation, scientists will better understand how the solar system formed.
Specifically, Juno will:
Determine how much water is in Jupiter's atmosphere to help us understand how the planet formed.
Look deep into Jupiter's atmosphere to measure composition, temperature, cloud motions and other properties.
Map Jupiter's magnetic and gravity fields, revealing the planet's deep structure.
Explore and study Jupiter's magnetosphere near the planet's poles, especially the auroras (Jupiter's northern and southern lights), to provide new insights about how the planet's enormous magnetic force field affects its atmosphere. 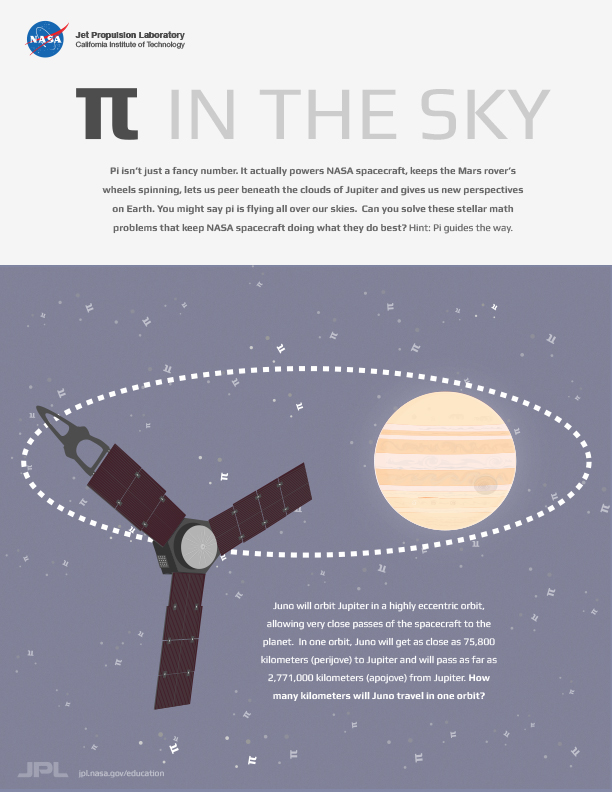