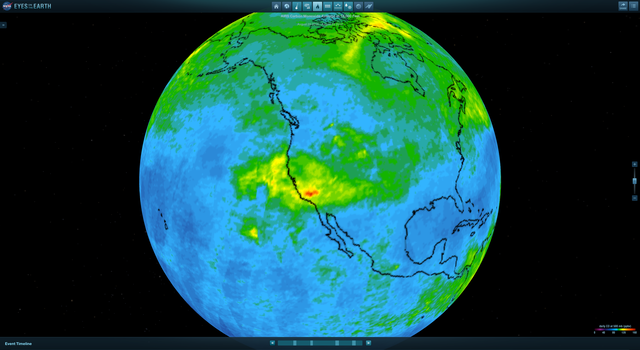 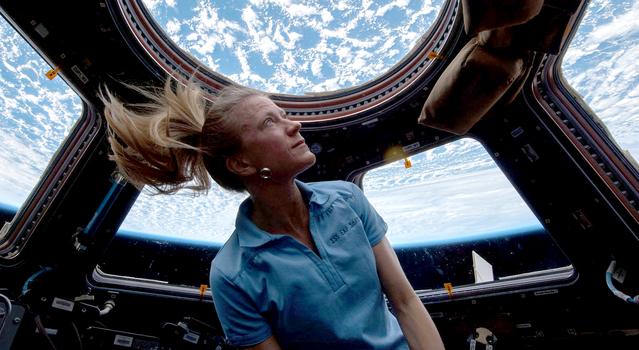 The Air Up There: Making Space Breathable 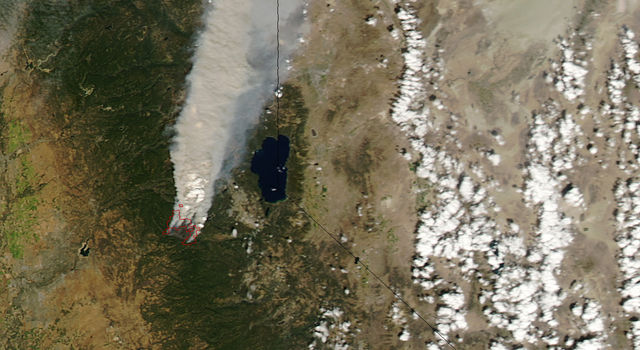 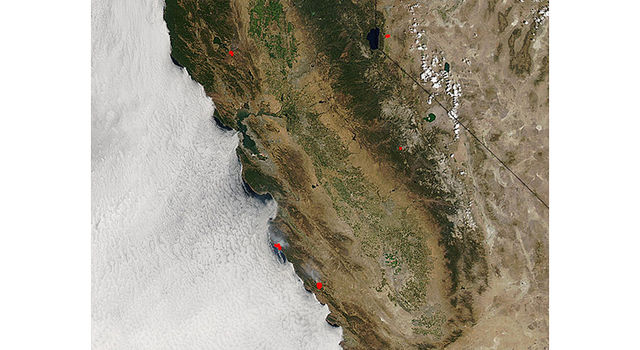 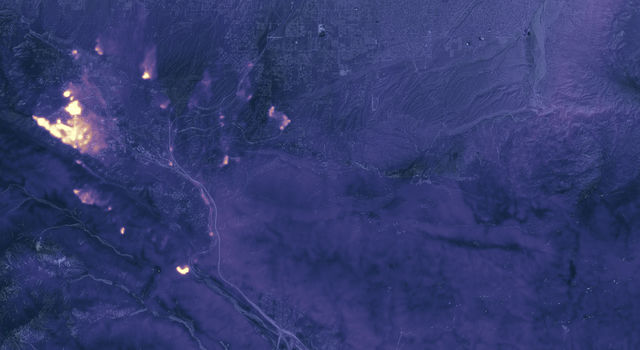 This activity is related to a Teachable Moment from Aug. 23, 2016. See "Back-to-School Burn: The Science of Wildfires."

In this activity, students learn how scientists assess wildfires using remote sensing. Students then use some of the same techniques to solve grade-level appropriate math problems.

Wildfire is a global reality, and with the onset of climate change, the number of yearly wildfires is increasing. The impacts of wildfires range from the immediate and tangible to the delayed and less obvious. The potential for loss of life, property and natural areas is one of the first threats that wildfires pose. From a financial standpoint, fires can lead to a downturn in local economies due to loss of tourism and business, high costs related to infrastructure restoration, and impacts to federal and state budgets.

Measuring the effects of wildfires takes many forms, several of which use remote-sensing technologies. Remote sensing, observing and measuring an object without coming into contact with it, is performed by instruments on board NASA aircraft and satellites. These instruments measure the radiation being emitted by or reflected off of an object, whether it's radio waves, visible-light waves or energy from another part of the electromagnetic spectrum. Infrared imagery is particularly useful in studying wildfires during the fire and in the aftermath.

This problem-set references a few recent California fires including the 2014 King Fire, a fire NASA's Jet Propulsion Laboratory and the US Forest Service have collaboratively studied in depth. The King Fire burned more than 100,000 acres in Placer County, California, in September 2014. It was a uniquely severe fire that produced a great deal of smoke threatening global air quality. Unprecedented fire data contributing to the advancement of science was acquired by a variety of sensors including the AVIRIS instrument flying aboard NASA's ER-2 aircraft high above the King Fire; the Moderate Resolution Imaging Spectroradiometer (MODIS) flown on two satellites, Aqua and Terra; and the Operational Land Imager (OLI) aboard Landsat 8.

The scorched area left after a fire is called a burn scar. A lot can be learned from burn scars. The most obvious is the amount of territory that was touched by the fire. Less obvious but more important to fire scientists is the severity of the fire. Wildfires are classified as burning at different levels of severity: low, medium and high. Severity is a function of intensity, or how hot the fire was, and its spread rate, or the linear (kilometers per hour) speed at which it travels. Fire severity describes how fire intensity affects an ecosystem.  A high-severity fire is going to cause some irreparable damage to plant life, while a low-severity fire will be recoverable for many large trees. Severity is measured by the damage left after the fire, but can be estimated during a fire event by calculating spread rate and measuring flame height which indicates intensity. For a more thorough discussion of fire severity as it relates to fire intensity, read this paper.

Satellite instruments can provide an excellent view of a large area, often at high resolution. But before an instrument is flown on a satellite, it is first tested by flying it on an aircraft and validated using data acquired by scientists who gather data on the ground in the region imaged by the instrument. Instruments go through many iterations of testing and validation before they fly on a satellite. The AVIRIS instrument that was key in informing our knowledge about the King Fire is one that's currently being tested and validated. Someday an instrument with similar capabilities as AVIRIS will fly on an Earth-orbiting satellite and provide constant data to scientists. Students should be able to do the problems that are appropriate for their grade level. For younger and middle-grades students who are kinesthetic learners, be sure to allow the use of math tiles or similar manipulatives and assess their understanding using those methods.