Habitable Hunt: A 'Pi in the Sky' Math Challenge

Crater Curiosity: A 'Pi in the Sky' Math Challenge

The "Pi in the Sky" math challenge gives students a chance to take part in recent discoveries and upcoming celestial events, all while using math and pi just like NASA scientists and engineers. In this problem from the set, students use the mathematical constant pi and Kepler's third law to find out when a Saturn orbiter will make its mission-ending plunge into the ringed planet.

The Cassini-Huygens missionâa joint endeavor of NASA, ESA (the European Space Agency), and the Italian Space Agencyâwas the first mission to orbit Saturn and explore its environs in detail.
The mission was conceived from the beginning as an international endeavor, in 1982, just after the two NASA Voyager spacecraft flew past Saturn. The Voyager flybys whetted the appetites of planetary scientists for more in-depth exploration, particularly with regard to the mysterious moon Titan. Launched in 1997, Cassini toured the Saturn system after arriving there in 2004, performing a detailed, up-close study of the planet, its rings and moons.
The mission delivered ESA's Huygens probe to Titan in 2005, where it performed the first descent and landing on a world in the outer solar system. In complement to Huygens' dazzling revelations about Titan, the Cassini orbiter performed 127 of its own close flybys of Titan (with many more distant encounters).
By the end of its mission, the Cassini spacecraft had observed almost half of a Saturn year, which is 29 Earth years long. The four seasons of Saturn's year last about seven Earth years apiece, and upon Cassini's arrival at Saturn, the planet's northern hemisphere was just beginning to emerge from winter. Following its initial, four-year tour, Cassini's mission was extended two more years, to enable the spacecraft to observe changes -- particularly in the rings -- as Saturn reached equinox and the Sun shone edge-on to the rings. After equinox, Cassini was granted an additional seven-year extension. This enabled scientists to follow up on their earlier discoveries at Enceladus and Titan, and watch as summer sunlight came to the northern hemisphere of Saturn and its moons, while winter darkness embraced the south.
The findings of the Cassini mission revolutionized our understanding of Saturn, its complex rings, the amazing assortment of moons and the planetâs dynamic magnetic environment. The most distant planetary orbiter ever launched, Cassini started making astonishing discoveries immediately upon arrival and continues today. Icy jets shoot from the tiny moon Enceladus. Titanâs hydrocarbon lakes and seas are dominated by liquid ethane and methane, and complex pre-biotic chemicals form in the atmosphere and rain to the surface. Three-dimensional structures tower above Saturnâs rings, and a giant Saturn storm circled the entire planet for most of a year. Cassiniâs findings at Saturn also fundamentally altered many of our concepts of how planets form around stars.
When Cassini ended, it left a rich scientific and engineering legacy. 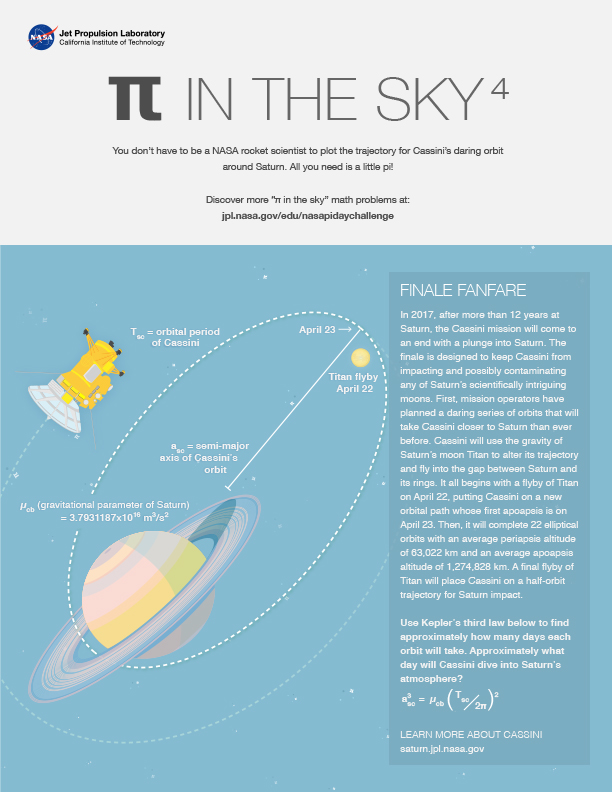