Finale Fanfare: A 'Pi in the Sky' Math Challenge

Asteroid Ace: A 'Pi in the Sky' Math Challenge

The "Pi in the Sky" math challenge gives students a chance to take part in recent discoveries and upcoming celestial events, all while using math and pi just like NASA scientists and engineers. In this problem from the set, students use the mathematical constant pi to identify an scientifically intriguing type of crater on Mars.

Craters form when an object hits the surface of a planet or other body. The impact creates a round impression surrounded by material, called ejecta, that gets blasted out of the crater. Scientists study ejecta because it contains clues about whatâs below a planetâs surface. There are more craters visible on the surface of Mars than on Earth. This is due to two primary reasons. One reason is that more meteorites (which cause impact craters) have reached the surface of Mars over the course of its history. Since the atmosphere of Earth is relatively thick, many meteorites burn up before ever reaching the surface. Another reason is that the surface of Earth is subject to dramatic change via wind and water weathering, as well as geologic processes such as earthquakes and volcanic eruptions. Mars' surface, though somewhat dynamic, doesn't seem to change much over time so we can clearly see numerous craters on the surface. 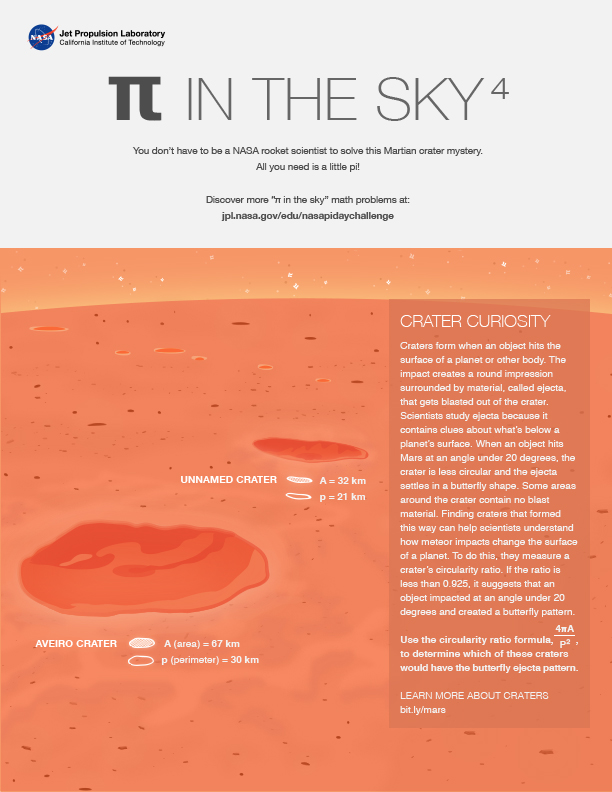