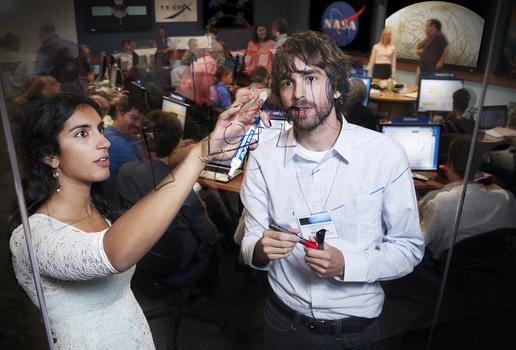 When Jennifer Scully was a planetary geology grad student at UCLA in 2013, she happened upon an email that called for students to apply to something called the Planetary Science Summer School, or PSSS.

âI asked around and everybody only had positive things to say,â she says, âso I applied and I got in.â

She found herself in an immersive, 11-week program that teaches students all over the country how to formulate, design, and pitch a mission concept to a review board of NASA experts â essentially, how to bring a space mission to life from beginning to end.

âIt was fabulous,â Scully says of her time in the program. âI come from a science background, and I had worked on an active planetary mission, but I didnât have much experience with engineering. The summer school gave me my first exposure to mission-concept development and proposals. It was really illuminating.â

Seven years later, Scully is now a geologist at NASA's Jet Propulsion Laboratory in Southern California, researching the asteroid Vesta and dwarf planet Ceres. She also plays a role in planning and designing missions to explore Jupiter's moon Europa. Sheâs still part of the PSSS program â but, now, as one of the mentors to this yearâs cohort of 36 students looking at missions to Venus and Saturn's moon Enceladus.

The first 10 weeks of the program focus on formulation and always happen remotely via webinar. The final week usually culminates with an intensive in-person experience at JPL, during which participants write their mission proposal. Participants receive mentorship from scientists and engineers with the laboratory's Team X, a group that has been helping design and evaluate mission concepts since 1985. Even though the pandemic means their âculminating weekâ wonât take place physically at the laboratory this year, the students are still descending virtually on the JPL community between July 20 and Aug. 7 to learn the complex dance of what does and doesnât work when it comes to dreaming up a NASA mission. 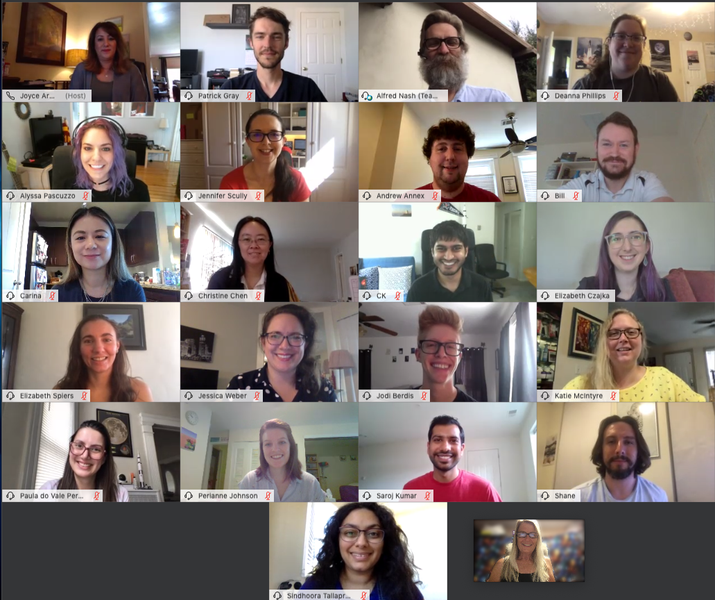 The first of two summer 2020 cohorts to arrive virtually at JPL for their culminating week in the PSSS program. While these one-week sessions are traditionally held in person, this year's group is meeting remotely. | + Expand image

âWe do this for the broader planetary science mission community,â says PSSS manager Leslie Lowes, whoâs been leading the program since 2010. âItâs about NASA training the next generation of scientists and engineers to do this type of work. Over 650 alumni use this model of mission design, and theyâre in all kinds of leadership positions across NASA, including at JPL.â

Developed in 1989, the summer school started as a lecture series on how space missions could address the latest science discoveries and gradually shifted to a more hands-on format in 1999. Instead of hearing about the process, why not let students experience it?

âThe first thing we do [when participants arrive at JPL] is help them evaluate potential architectures for their mission. Is it an orbiter or a lander? Is it a flyby?â says Alfred Nash, a mentor for the summer school and a lead engineer for Team X. âDoes the science work? Do the engineering and cost work? The problem is not âcan you make the thing,â but âcan you make the thing within the boundaries you have?ââ

For Team X, itâs all about an integrated approach, which is one of the principal differences between how missions were developed in earlier days of exploration versus more recently. âTeam X itself, its superpower is its ability to work in parallel and concurrently,â Nash says, stressing the importance of how the science should work in parallel with the engineering, the storytelling, the cost, and the project management.

A team of distinguished postdocs and graduate students learns what it's like to design a space mission in just five days as part of the 2014 session of NASA's Planetary Science Summer School at JPL. Credit: NASA/JPL-Caltech | Watch on YouTube

âWhat is the big thing Iâm trying to do? How do all the pieces work together? What is the foundational heart of this in terms of how weâre going to change humanityâs understanding? What are the pieces we need so that happens, and what does it take to do that?â are common questions Nash says Team X asks of all its mission proposals â including the concepts developed in PSSS.

One key lesson Nash tries to impart during the culminating week: âWin [the proposal] and don't regret it when you do,â he says. âThe last thing you want to do is design a mission that no one can manage.â

If the studentsâ answers can pass the rigorous initial hurdles and meet the requirements for a NASA proposal, then they transition to design work. At that point, each student is paired with a mentor who has expertise in a range of engineering capabilities, from mission design to the science tools that will go on a spacecraft.

While this would normally mean working together at JPL, the program has gone virtual this year.

Team X had some practice setting up a virtual experience for the summerâs incoming students, as most JPL employees have been on mandatory telework since mid-March. Currently, the students are in a âwaterfall of [web meeting] rooms,â as Nash describes it, where thereâs one central meeting room and then individual âstationsâ in separate rooms, where students and mentors can interface while moving from room to room as needed. A typical day kicks off at 8 a.m. with a daily briefing. Then, students spend half the day with Team X and half the day on their own, preparing for the next dayâs tasks. Their day ends at 5 p.m. with a briefing to review what was completed, what worked well, what didnât, and what needs to change for the next day.

âEveryone knows science, if theyâre a scientist, and engineering, if theyâre an engineer,â says PSSS alumna Scully. âBut now, theyâre really trying to understand what mission development is about. This foundation will enable them to work with NASA much more effectively.â

The cohorts that arrive every year are formidable, and this summerâs group is no different: Among the students are 26 Ph.D. candidates and eight postdoctoral researchers.

For Elizabeth Spiers â a Ph.D. candidate studying the habitability of other planets at the Georgia Institute of Technology, and one of this summerâs students examining Enceladusâ ocean â PSSS has provided her with invaluable experience in real-time mission concept problem-solving.

âThe project moves quickly and some of our decisions must be made equally as fast,â Spiers says. âOftentimes, no person on our team knows the answers, and we need to figure out what we donât know or understand about the problem so that we can ask the correct questions swiftly.â

In addition to critical thinking, the summer school also gives its students the chance to work with a diverse group of students and mentors. 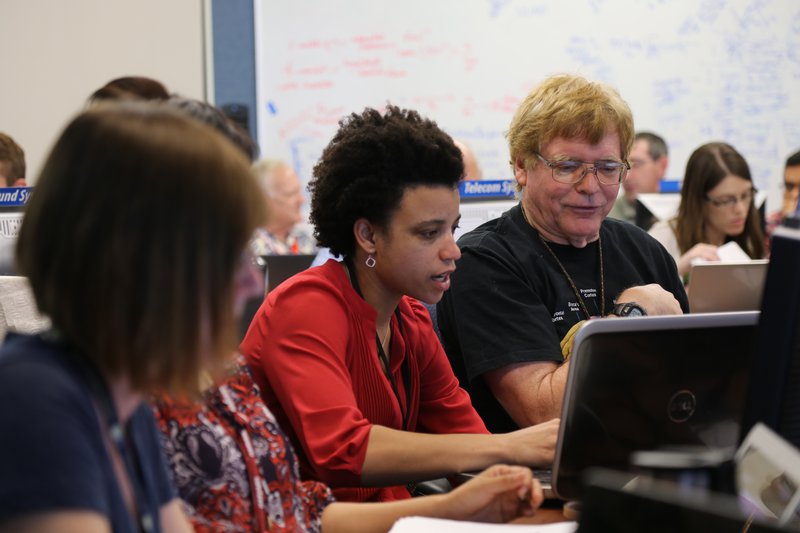 âItâs really exhilarating to see all of those disparate backgrounds and expertise come together into one cohesive project,â Spiers says. âI have learned so much about not only our project and the science and engineering related to it, but also about my teammates and their individual passions.â

Over the years, the program has taught students lessons they can carry with them throughout their careers. PSSS alumna Jessica Watkins went on to become a NASA astronaut and, at JPL, two summer school alumni-led development of science instruments on the Perseverance Mars rover â PIXL and SHERLOC. And this year, thereâs a new star in the program, literally: The summer school is piloting a second experience called the Heliophysics Mission Design School to help strengthen hypothesis-driven science investigations when designing missions to the Sun.

Perhaps one lesson students will take away from PSSS is not only knowing what they want, but also recognizing the limits of space exploration.

âThe most rewarding thing is seeing them make good decisions,â says Nash. âWhen they avoid trying to do something too expensive just because itâs cool. When they find a more fruitful way forward. What you want has nothing to do with it; itâs about what the world will let you do and how clever you are at navigating those boundaries.â

This feature is part of an ongoing series about the stories and experiences of JPL scientists, engineers, and technologists who paved a path to a career in STEM with the help of NASA's Planetary Science Summer School program. âº Read more from the series