Doing the Math on Why We Have Leap Day 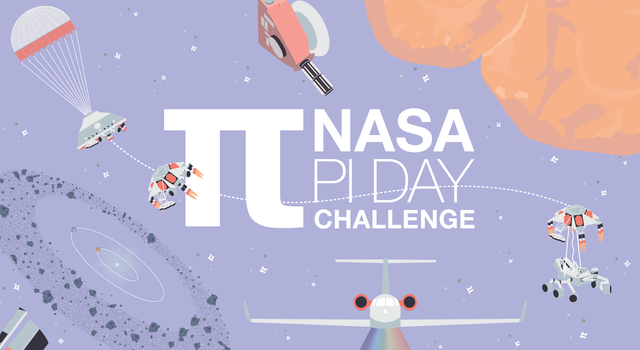 We've Got the Formula for a Stellar Pi Day 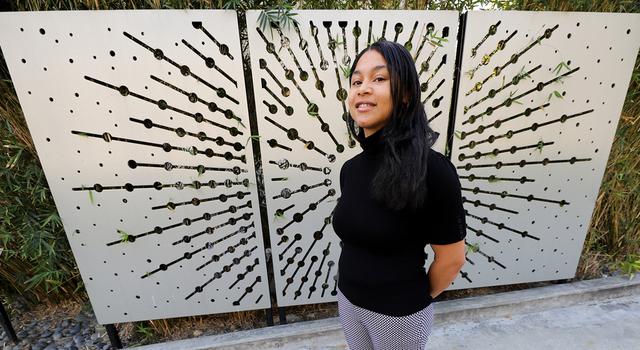 This past month, intern Mariah Woody joined her team in mission control at NASA's Jet Propulsion Laboratory to say goodbye to the Spitzer Space Telescope, a mission that provided never-before-seen views of the cosmos for more than 16 years. Woody has only been interning with the Spitzer team since June, but she played a key role in planning the mission's final moments. And now that the mission has ended, she's helping document its legacy. While her internship has largely been about bringing the Spitzer mission to a close, the experience is marking a new beginning for Woody. Even as a master's student in engineering, Woody never thought her skills would qualify her for a career in space exploration. It wasn't until she heard about an internship opportunity with JPL through an initiative designed to foster connections with historically black colleges and universities, or HBCUs, that she decided to apply. Now at JPL, she's getting a whole new perspective on where her career path might lead. We caught up with Woody to find out what it was like to join the team for Spitzer's final voyage, how she's archiving the mountain of mission images and data, and where she's hoping to go from here.

I'm working on the Spitzer Space Telescope mission. Spitzer was a telescope that was designed to observe and study the early universe. It used infrared light, which can capture images of a wide range of objects that are found in the universe. It studied and observed new galaxies, stars and exoplanets. It was launched on Aug. 25, 2003, and it was one of NASA's four Great Observatories. It was originally planned for five years, but it was extended multiple times, so it lasted for more than 16 years. We just had the end of the mission on January 30. When I started, I was working on implementing a plan to archive all the data at the end of the mission and learning about spacecraft operations. Now, I'm working on the end-of-mission closeout activities.

What was your average day like when you were working on the final days of the mission?

I didn't have an average day when I was working on the operations team. We did a lot of different tasks, so each day was different. But usually, I would meet with my mentor and co-mentor to discuss the tasks that I was working on or the timeline and deliverables for the project. I learned about mission operations for the spacecraft and the systems on the ground that support the spacecraft. The spacecraft is controlled by programmed commands that we send through various antennas on the ground. The Spitzer team would have status and coordination meetings every week. All the team leads within the project would come together and discuss updates about the spacecraft, science details and other closeout tests that needed to be completed after the mission ended.

Even though the spacecraft is no longer operational, there's still more to do on the mission. What does closing out the mission entail?

The closeout team has to archive all the information into a repository where it can be looked at later, including the information that different team members have. It could be anything from documentation to images to any records, scripts or tools that were used. Once that information has been submitted, then I go in and audit the list and make sure that all of the products that need to be delivered are there and archive them.

You got to be in mission control for Spitzer's final moments. What was that experience like?

That experience was really fun for me. We called it Spitzers' final voyage, and I was able to be a part of the operations team in mission control, monitoring the status of the spacecraft in real-time as we all said goodbye. It was amazing to see all the different team members for the Spitzer mission come together on the last day to collaborate and do all of our work at once. It was a wonderful day in history, and I was proud to be a part of it.

Have there been any other standout moments from your time at JPL?

Meeting and learning from other people at the Lab. It's very nice to be able to just reach out to someone and sit down for lunch to learn about what they do and what experiences they have. I'm able to learn a little bit about all the different things that are going on here.

You're working toward your Ph.D. at North Carolina A&T State University. What's your research focus, and what got you interested in that field?

I'm studying industrial and systems engineering. It came to my attention because it's a broad area. You can do so much with it. I wasn't quite sure what industry I wanted to go into, so that's one of the reasons that I chose it. The fact that I can work in space exploration is very cool. I know that I like to explore different areas, improve things and make things more efficient. So I thought that this would be the perfect field for me to study.

What made you interested in engineering in the first place?

I've always loved math and science, and I performed very well in those subject areas when I was in school. When it comes to new ideas, I'm very creative. So I always wondered, "What can I do with this?" A lot of my teachers mentioned that I should look into becoming an engineer, so that's what I did.

I heard JPL was coming to my campus â they had an info session. I was notified about it at the last minute, so I missed out. I told myself, "I should still apply even though I missed the info session." So I applied, and then I received a call and got the offer.

But I feel like there was more to what brought me here than just applying and receiving the offer. I know that the offer was based on my hard work and saying yes to the challenges and opportunities that have come my way. I've always known about JPL, but I never pictured myself actually working here. I thought that it would be challenging, and I would be coming from so far away. It was a lot all at once, but I accepted the opportunity because I wanted to be exposed to and have the experience to work in space exploration. It's an area that I'd never really thought I'd go into coming from industrial and systems engineering. Now that I have some experience in the aerospace field, I have realized how much it impacts the industry in general and the economy of this country. It's a great field for my background.

Now that you've got some experience at JPL, how has it shaped your career path?

It's provided focus for my career path. I really want to stay within this industry. It's opened my eyes to see where I can branch off and where I can contribute and apply my skills. There's so much I can do with my background just in space exploration. I'm happy that my career path went in this direction.

What did you imagine that you would be doing before you came to JPL?

I wanted to be a part of designing something to improve a process at an organization or company. I didn't really have a specific job in mind. I've always thought that I'd maybe work in the medical industry, designing and improving medical devices. I've always had a lot of different ideas of what I wanted to do. I've kind of just explored and applied to many areas that were of interest.

Now for the fun question: If, you could have any role in NASA's plans to send humans to the Moon or on to Mars, what would you want it to be?

I think that I'd want to be involved in the training process â not necessarily me going through the training, but maybe coming up with ideas or requirements to get astronauts ready to go to space efficiently and safely.