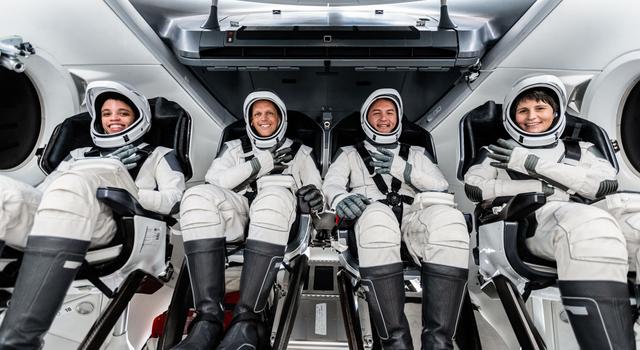 Jessica Watkins, a former JPL intern turned NASA astronaut, made her first trip to the International Space Station as part of the agency's SpaceX Crew 4 mission. The mission marks the fourth crew rotation to the ISS for NASA's Commercial Crew Program, a partnership with Boeing and SpaceX to transport astronauts to the space station.

Watkins is joined by NASA astronauts Kjell Lindgren and Bob Hines as well as European Space Agency astronaut Samantha Cristoforetti. The crew made their way to the ISS aboard the SpaceX Crew Dragon spacecraft, which launched on a Falcon 9 rocket in the early morning of April 27. Now aboard the ISS, the crew will spend several months conducting science experiments and maintenance before returning to Earth in the fall of 2022.

Learn more about Jessica Watkins and JPL's internship programs and explore educational resources including engineering projects and science experiments related to living in space at the links below.