The three LEGO figurines flying aboard the Juno spacecraft are the Roman god Jupiter, his wife Juno and Galileo Galilei. Credit: NASA/JPL-Caltech/LEGO 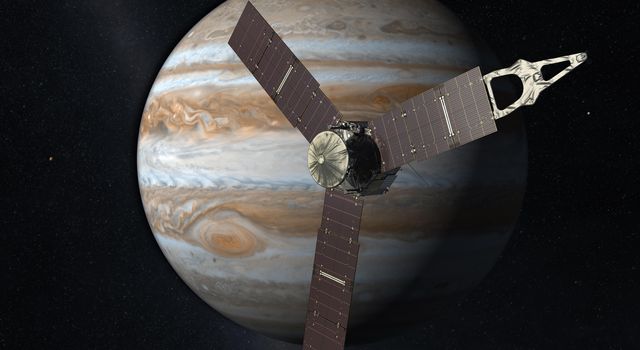 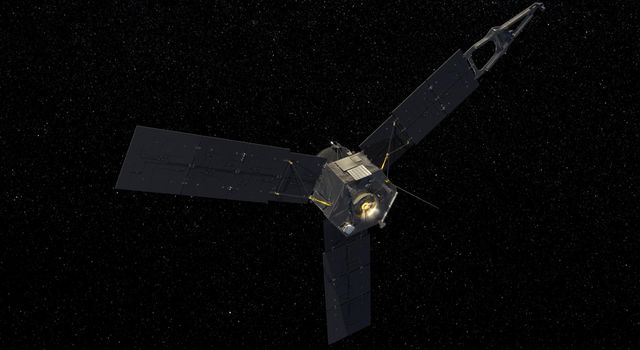 Video and Images
Video and images related to the Juno mission are available at the following websites: https://vimeo.com/172488766 and http://photojournal.jpl.nasa.gov/mission/Juno

NASA Television
NASA Television is carried on the Web and on an MPEG-2 digital signal accessed via satellite AMC-6, at 72 degrees west longitude, transponder 17C, 4040 MHz, vertical polarization. It is available in Alaska and Hawaii on AMC-7, at 137 degrees west longitude, transponder 18C, at 4060 MHz, horizontal polarization. A Digital Video Broadcast compliant Integrated Receiver Decoder is required for reception. For NASA TV information and schedules on the Web, visit www.nasa.gov/ntv.

Juno on the Web
Juno information -- including an electronic copy of this press kit, news releases, fact sheets, mission details and background, status reports and images — is available on the web at http://www.nasa.gov/juno and http://missionjuno.swri.edu. 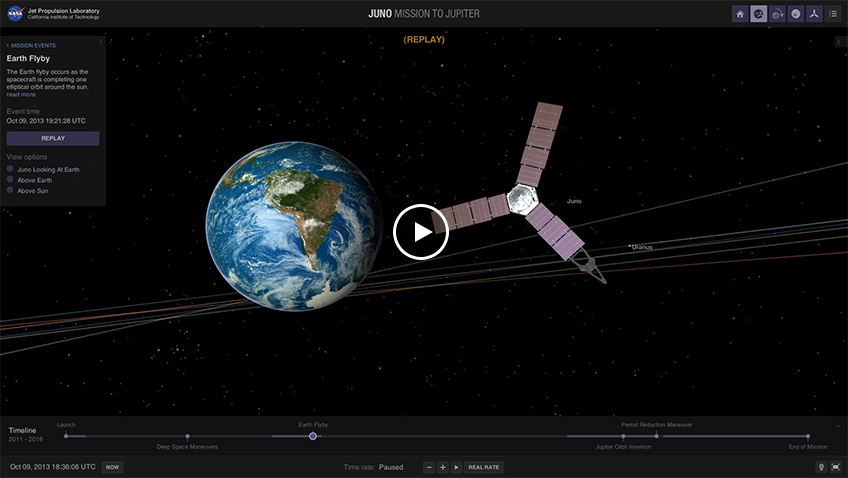 Eyes On The Solar System has developed a module dedicated to the Juno mission to Jupiter. In this online, interactive visualization, you can ride along with the Juno spacecraft in real-time as it arrives at Jupiter on the 4th of July, or travel backward or forward in time to from launch to its planned fiery end of mission in February of 2018.