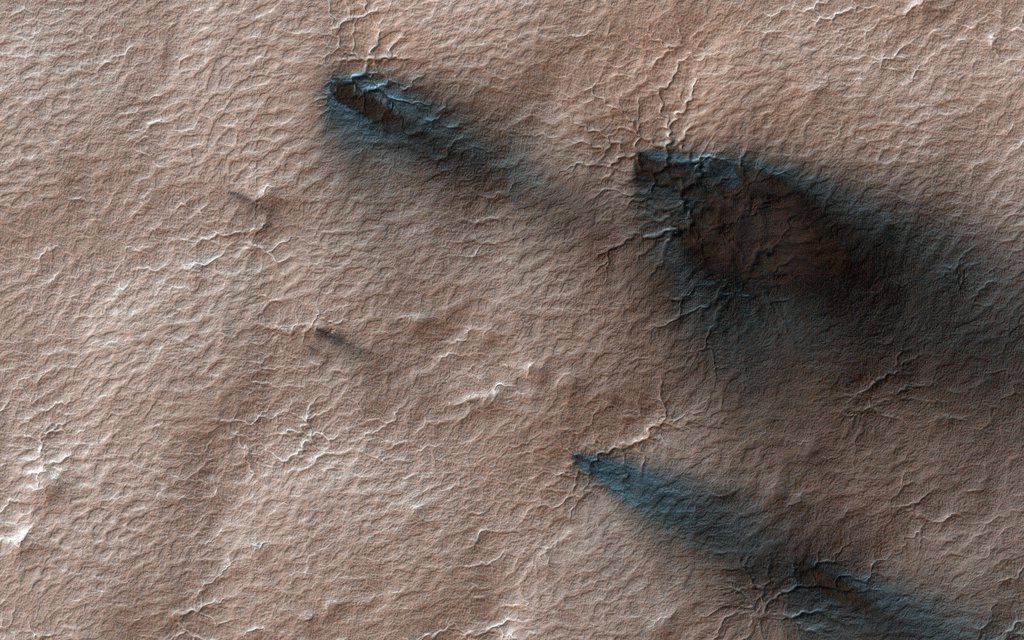 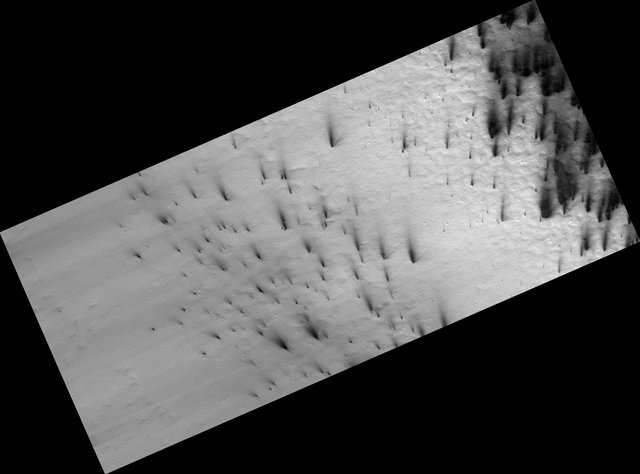 Every Martian spring, fans of dust are blown out from under the seasonal layer of carbon dioxide ice that forms a polar cap over the winter.

Gas blowing out from under the ice carries with it a load of dust that is deposited on the surface in a direction determined by the wind at the time of the eruption. Like windsocks, these fans in a polar area we've dubbed Macclesfield, record the direction that the wind was blowing.

A citizen science task at Planet Four enlists the public to outline the fans. Their measurements go into a data base that will ultimately help us to understand weather on Mars.