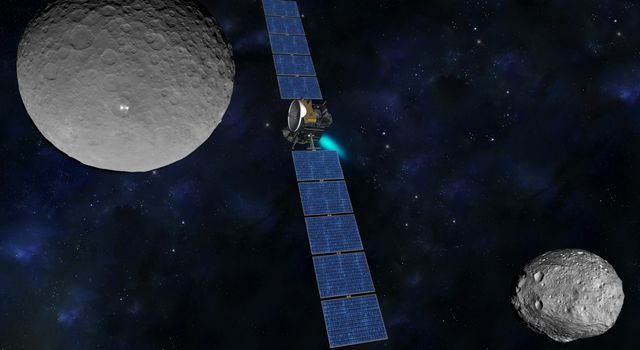 This activity is related to a Teachable Moment from Sept. 3, 2015. See "The Science of Earth's Rising Seas."

The questions involved in this activity refer to interactive online graphs. For the most accurate results, be sure students have access to the Internet. However, if Internet access is not available for students, consider projecting one set of graphs for the whole class to consult and appointing one student to mouse over appropriate points. Alternately, print hard copies of the graphs for students to mark up and estimate using their graph-reading skills.

Because preconceived notions may influence perception of fact, be sure to have students do the math first, then attempt to draw science conclusions. This sequencing will provide them with independent data from which to make statements.

Letâs take a closer look at global sea levels. Sea level is not constant everywhere. This is because it can be affected by ocean currents and natural cycles, such as the Pacific Decadal Oscillation, or PDO, a 20- to 30-year cyclical fluctuation in the Pacific Oceanâs surface temperature. Because of the PDO, right now the Eastern Pacific has higher sea levels than usual, while the Western Pacific has lower sea levels than usual. However, the global average of 3.4 millimeters of sea level rise per year is increasing and the rate that itâs increasing is speeding up. That means that sea level is rising, and itâs rising faster and faster. Take a look at this video for some great visuals and further explanation of how phenomena such as the Gulf Stream affect local sea level heights.

You may be asking yourself, how do we know sea levels are rising? Well, a couple of ways. First, since 1993 we have been using data from several NASA satellites to constantly measure sea surface height around the globe. Data from these ocean altimeters is integrated to refine and calibrate measurements. Additionally, we have tide gauges on Earth to ground-truth (locally validate) our satellite measurements. As for historical data, we use sediment cores -- drillings into Earth that yield the oldest layers on the bottom and the youngest layers on top -- to examine where oceans once reached thousands of years ago.

Clearly, sea level rise is something that is already affecting people and will continue to do so. All three contributors to sea level rise can be attributed to the warming of the Earth system. Warming temperatures cause mountain glaciers and polar ice caps to melt, thereby increasing the volume of water in the oceans. At the same time, our oceans are getting warmer and expanding in volume as a result of this heat (thermal expansion). Since 1880, global sea level has risen 23 centimeters (9 inches); by 2100, it is projected to rise another 30 to 122 centimeters (1 to 4 feet). Watch this video for some illustrations of these facts:

Use it in the classroom

To engage your students in analyzing real climate data and drawing their own conclusions, have them try the Next Generation Science Standards and Common Core Mathematics aligned problems below.

Have students examine this line graph for average global temperature and use it to answer the questions below. If using the data table linked below the graph, students should use the "No_Smoothing" data points rather than the "Lowess (5)" data points.

Watch the video below to learn more about our changing climate, then discuss what could be done to control greenhouse gases in our atmosphere. Check out this interactive feature to see what others around the globe are doing and add your ideas.

Assess student ability to perform mathematical operations separately from their ability to draw science conclusions from the data. Because preconceived notions may influence perception of fact, be sure to have students do the math first, then attempt to draw science conclusions. This sequencing will provide them with independent data from which to make statements and give them a better chance of drawing conclusions from the data rather than making statements based on preconceived notions.