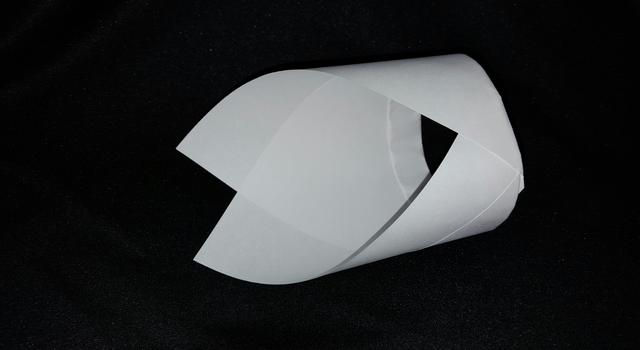 Students will use engineering design principles to turn a piece of paper into an experimental wing for a new type of aircraft designed to be more economical and efficient than today's airliners.

NASAâs Aeronautics Research Mission Directorate is developing technologies that will make aircraft more economical and efficient than todayâs airliners. Aeronautics research takes on many forms, including researching various wing shapes and configurations. One revolutionary flying wing configuration, called the Blended Wing Body, or BWB, has a thick, airfoil-shaped fuselage section that combines the engines, wings and body into a single lifting surface. The BWB can carry as many as 800 passengers over 7,000 miles at an approximate cruise speed of 560 mph. Compared with todayâs airliners, it would reduce fuel consumption, harmful emissions, operating costs and noise levels. Another research concept for personal aircraft utilizes ring wing technology, allowing aircraft to take off and land in a variety of locations.

Airplanes of the future may look very different from those of today. NASA is developing high-payoff technologies for a new generation of safe, environmentally compatible, and highly productive aircraft. One such idea is NASA's Limited Dual-Mode One-Person Commuter Concept Vehicle, which features a ring-wing lifting body concept.