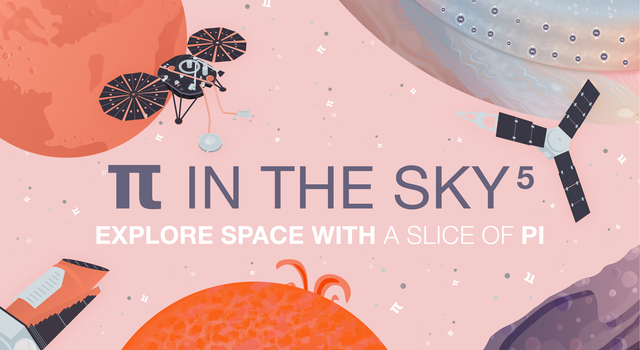 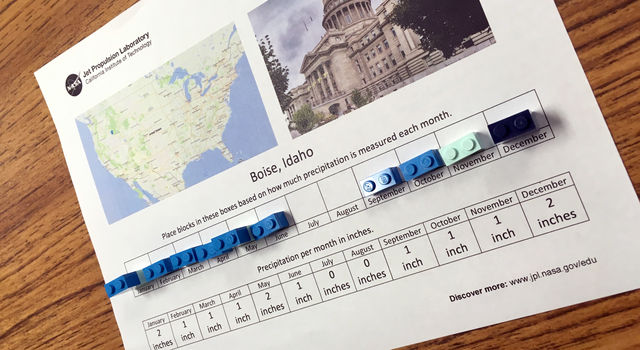 This lesson uses stacking cubes as a way to graph precipitation data, comparing the precipitation averages and seasonal patterns for several locations. Variations on the lesson can accommodate various ages and ability levels. 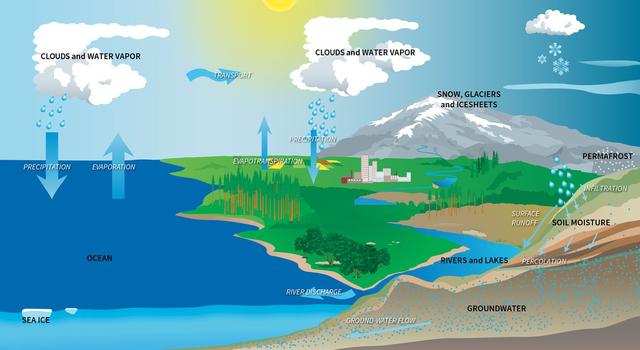 Precipitation from Hurricane Harvey as seen by the Global Precipitation Measurement, or GPM, satellite on Aug. 25, 2017. âº Download image 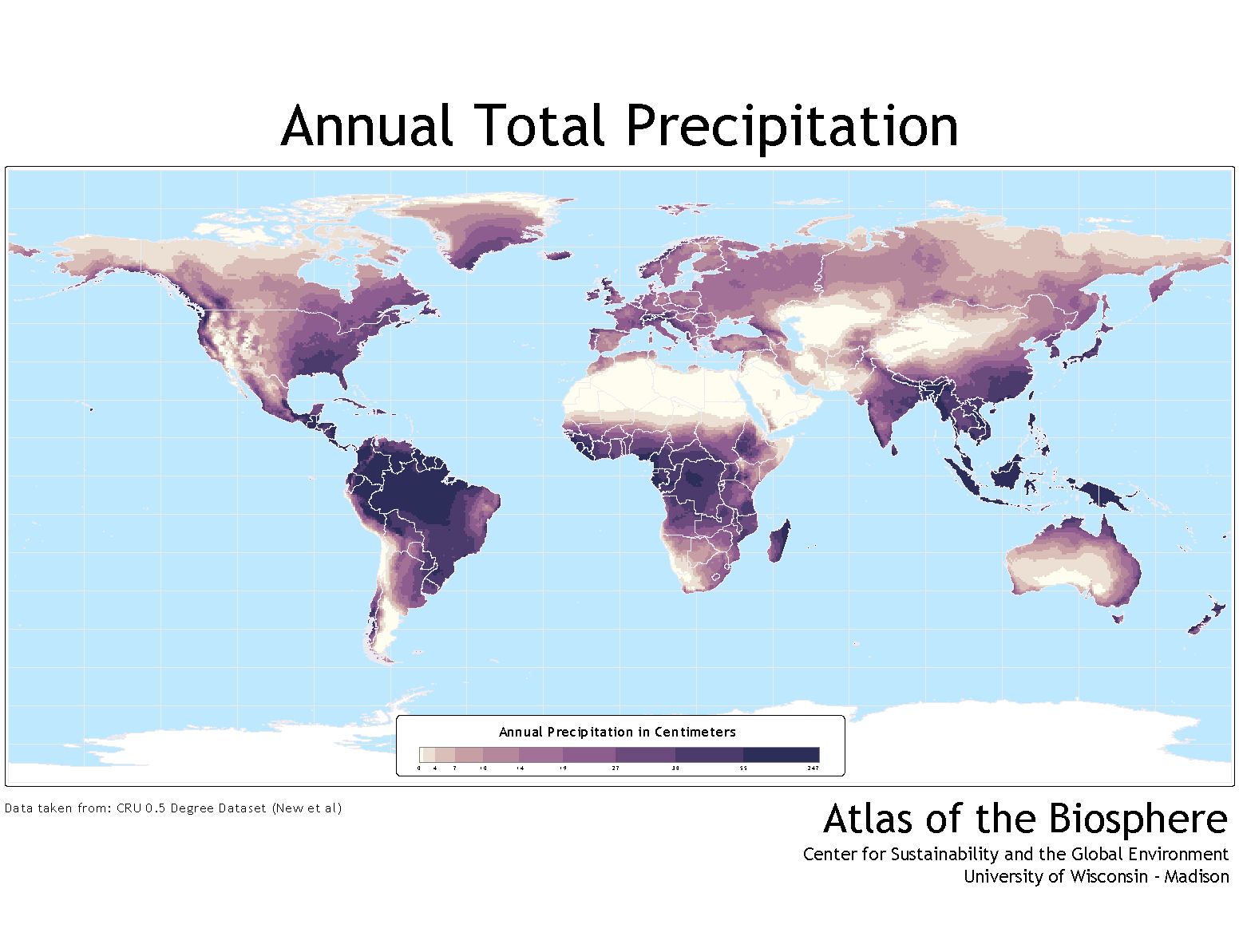 Precipitation happens when any form of water â liquid or solid â falls from the atmosphere down to Earthâs surface. The amount of water thatâs deposited from the sky to the ground is not the same throughout the world, a country, or even a city. Some places get rain or snow (or some other form of precipitation, such as hail or sleet) fairly consistently all year, while others may have strong seasonal patterns. And the variation can take place over a short distance. Summer thunderstorms may deliver an inch or more of rain on one suburb while leaving another area dry a few miles away.

The world's record for average annual rainfall belongs to Mt. Waialeale, Hawaii, which averages about 450 inches (1,140 cm) of rain per year. A remarkable 642 inches (1,630 cm) was reported there during one 12-month period. That's almost 2 inches (5 cm) every day! But the world record for the most rain in a year goes to Cherrapunji, India, where it rained 905 inches (2,300 cm) in 1861. Contrast those excessive precipitation amounts with Arica, Chile, where no rain fell for 14 years, and Bagdad, California, where precipitation was absent for 767 consecutive days from October 1912 to November 1914.

The map to the right shows the worldâs average annual precipitation, in millimeters and inches. The light green areas can be considered deserts. A desert is a region that generally receives fewer than 9.75 inches (25 cm) of precipitation. Itâs widely known that Africaâs Sahara is a desert, but some surprising places, such as Greenland and Antarctica, are also considered deserts. On average, the 48 continental United States receive enough precipitation in one year to cover the land to a depth of 30 inches (0.76 meters). 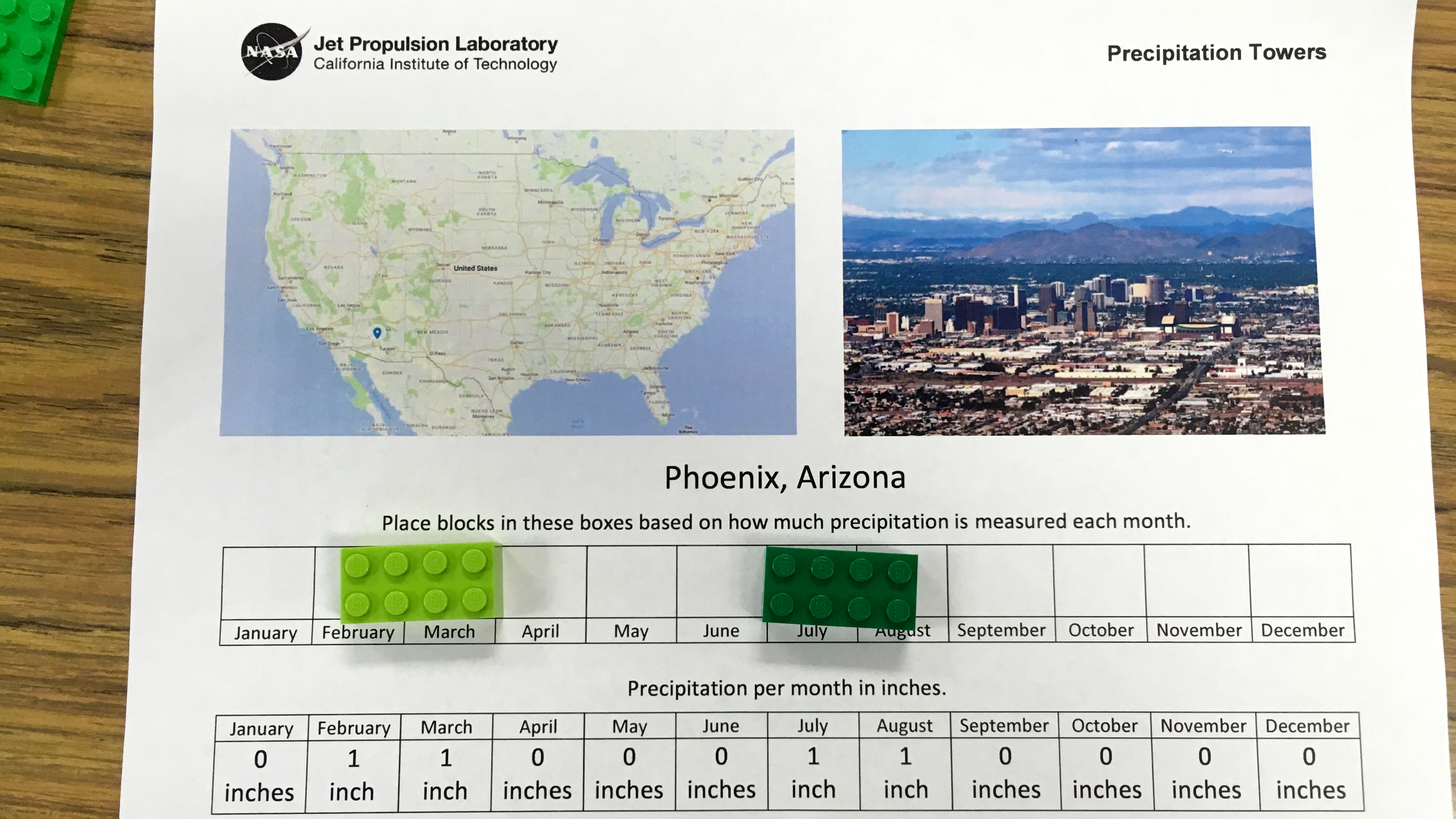 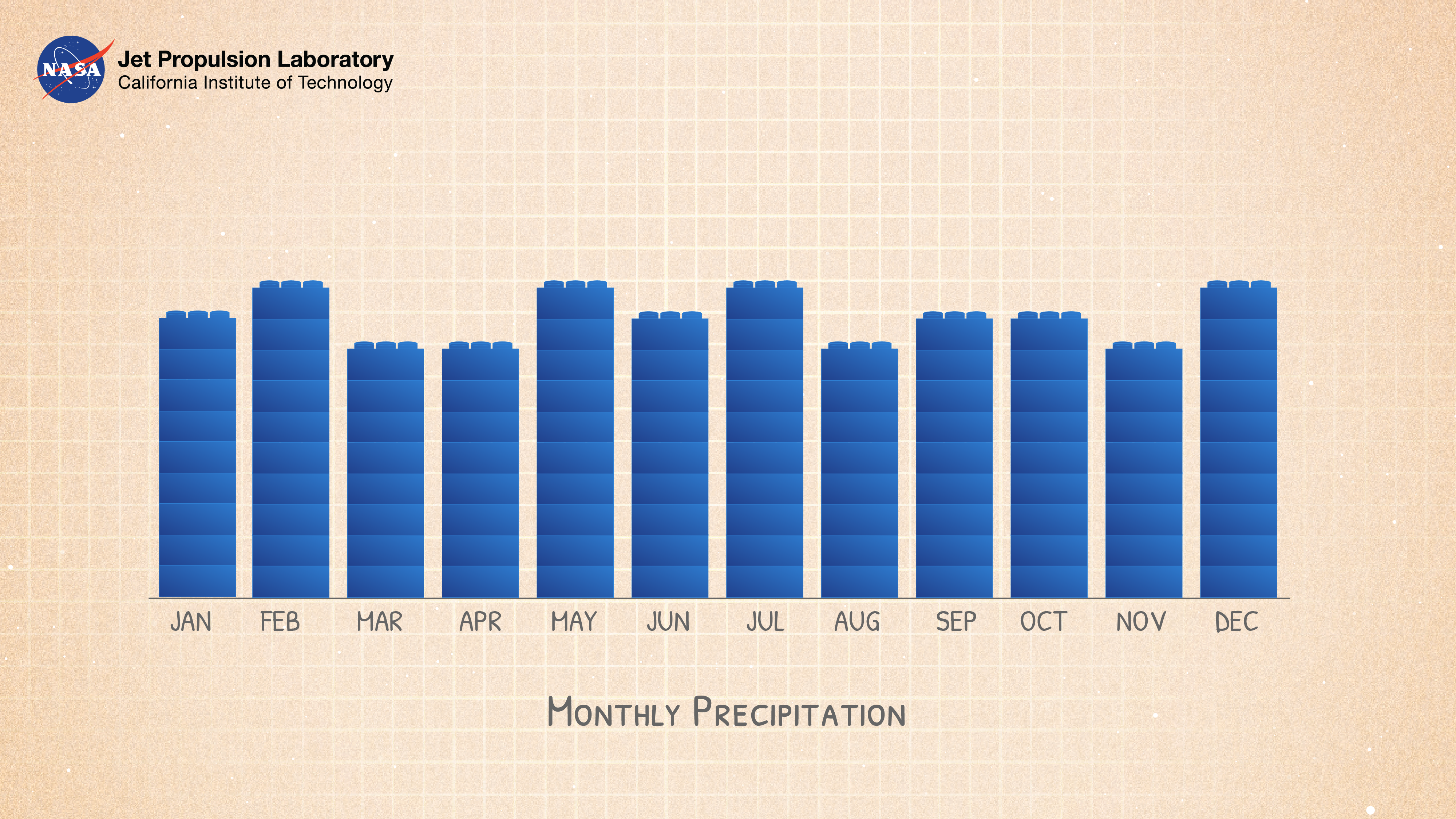 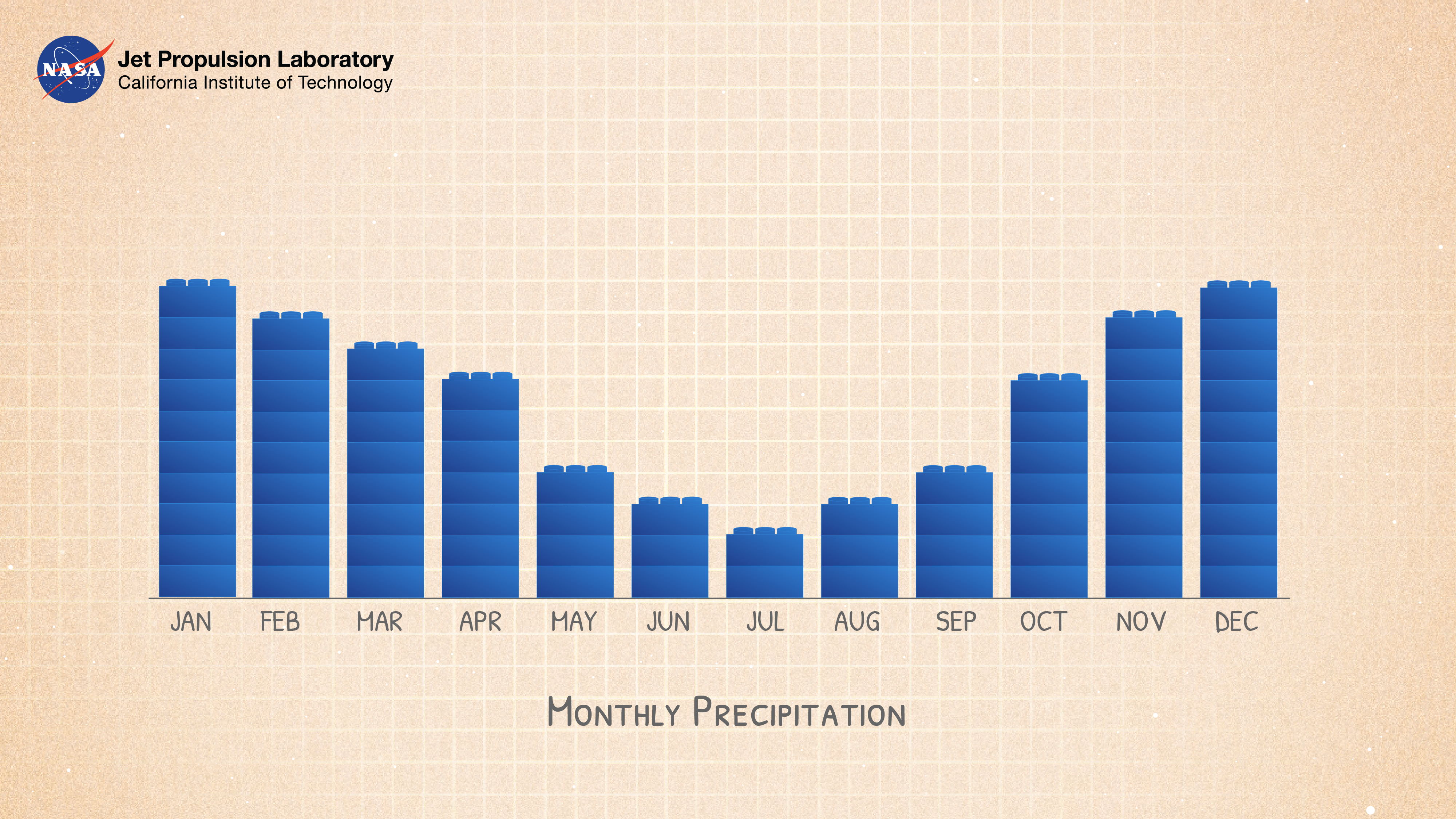 This example precipitation graph indicates that the location is drier in the middle of the year and wetter at the beginning and end of the year. âº Download image 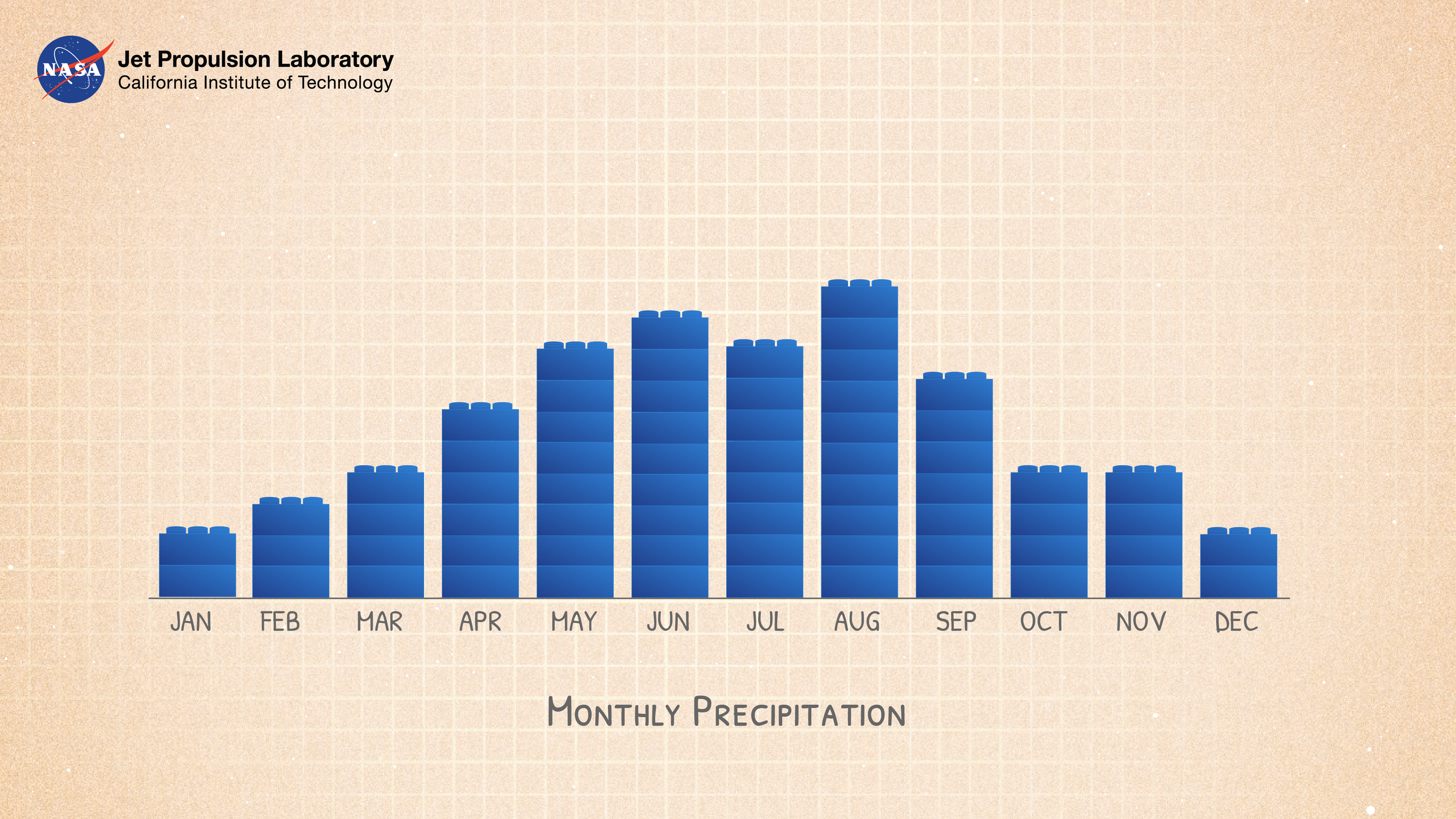 This example precipitation graph indicates that the location is wetter in the middle of the year and drier and the beginning and end of the year. âº Download image

The data and observations recorded on the student worksheet could be used as an assessment. In addition, you can have students create a more traditional graph of the data on paper and use that as an assessment.

Additional questions as an exit ticket or call-and-response could include:

Show students the animation of the first global map of rainfall and snowfall produced by the Global Precipitation Measurement mission, or GPM, here or here, and ask them to look for interesting patterns. Some patterns to point out if they donât see them, include:

The most recent week of precipitation data from the GPM satellite can be viewed here. Here are a few videos that discuss the implications of how much precipitation an area gets:

"Too Much, Too Little" (Runtime: 4:45): Researchers need accurate and timely rainfall information to better understand and model where and when severe floods, frequent landslides and devastating droughts may occur. NASAâs Global Precipitation Measurement, or GPM, satelliteâs global rainfall data will help us to better prepare and respond to a wide range of natural disasters.

"Assessing Drought in the United States" (Runtime: 6:06): This animation from the Community Collaborative Rain, Hail and Snow Network shows how decision-makers use a variety of data and in-person reports to assess the drought conditions across the United States.

âScience for A Hungry World: Growing Water Problemsâ (Runtime: 4:54): One of the biggest changes to global agriculture is less about the food itself as it is about the water we use to grow it. In some areas, farmers are using freshwater resources â including groundwater â at an alarming rate.