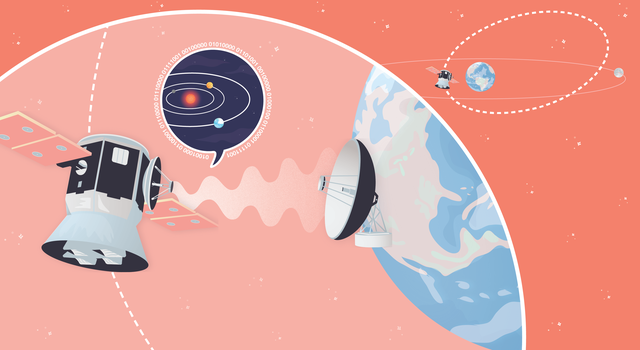 Telescope Tango: A 'Pi in the Sky' Math Challenge 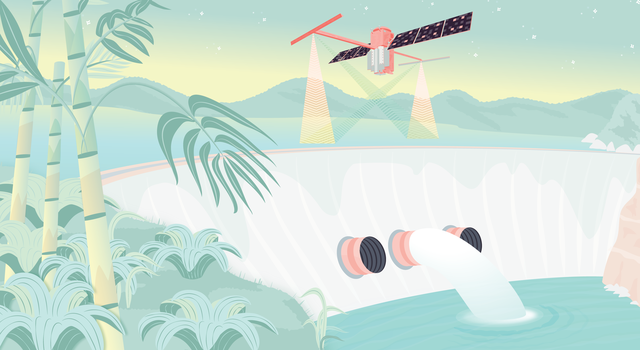 Dam Deduction: A 'Pi in the Sky' Math Challenge 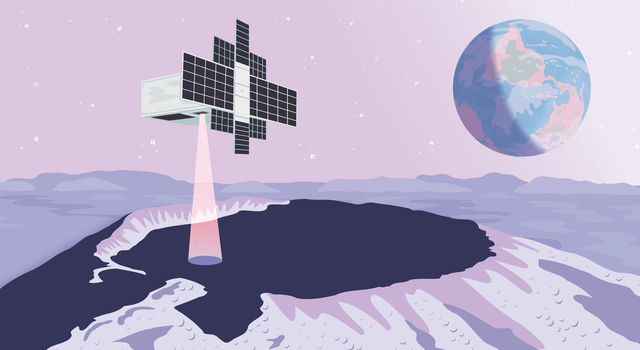 The "Pi in the Sky" math challenge gives students a chance to take part in recent discoveries and upcoming celestial events, all while using math and pi just like NASA scientists and engineers. In this problem from the ninth set, students use the mathematical constant pi to calculate the area covered by a laser used to detect frost on the Moon's surface. 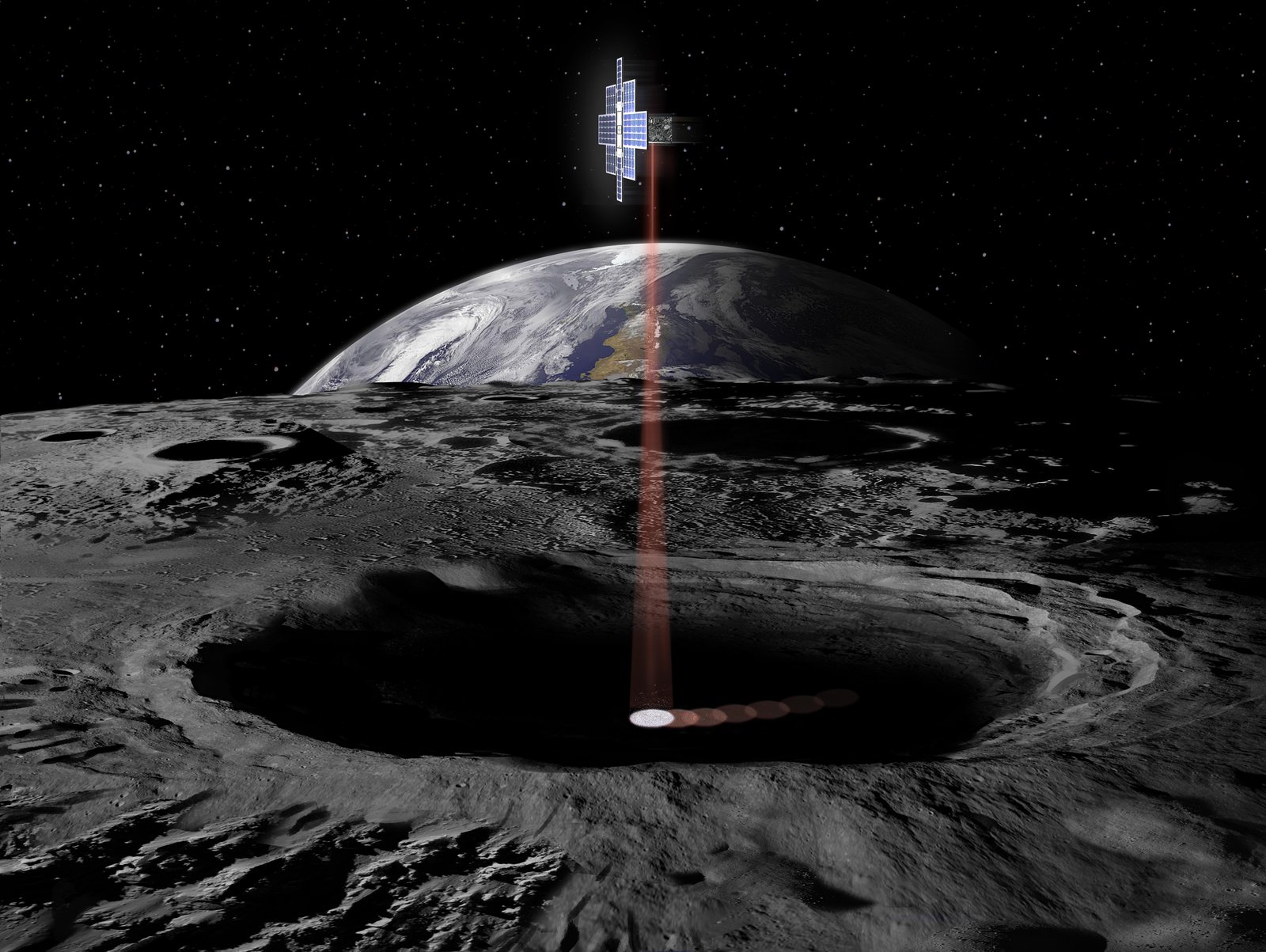 NASAâs Lunar Flashlight mission is a small satellite that will seek out signs of frost in deep, permanently shadowed craters around the Moonâs south pole. By sending infrared laser pulses to the surface and measuring how much light is reflected back, scientists can determine which areas of the lunar surface contain frost and which are dry. Knowing the locations of water-ice on the Moon could be key for future crewed missions to the Moon, when water will be a precious resource. In Lunar Logic, students use pi to find out how much surface area Lunar Flashlight will measure with a single pulse from one of its lasers.

NASAâs Lunar Flashlight mission will observe and map the location of frost within permanently shadowed craters in the Moonâs south polar region. Knowing how much frost is in these craters and where to find it can help us prepare for extended missions on the Moon, when water will be a valuable resource.

The spacecraft, a backpack-size cubesat, will collect data during 10 orbits over a two-month period, making repeated measurements over multiple points to map ice in these dark craters. To take measurements, Lunar Flashlight will send infrared laser pulses to the surface of the Moon and measure the signal that is reflected. The amount of light that is reflected back will help scientists determine where the lunar surface is dry and where it contains water-ice.

At 20 km altitude, the spacecraft's infrared lasers have a radius of 17.5 meters when they reach the surface of the Moon.

How much area do they cover in a single pulse? 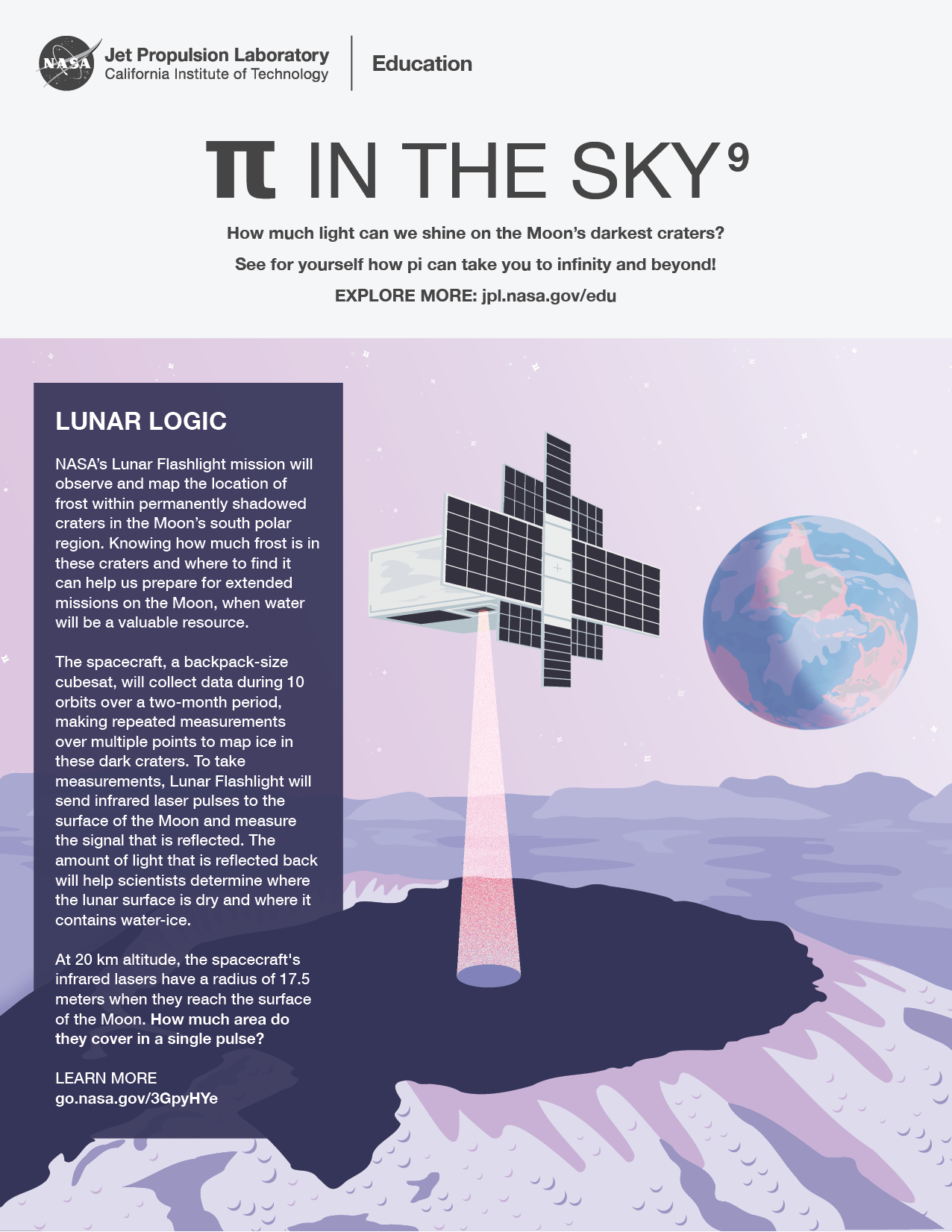 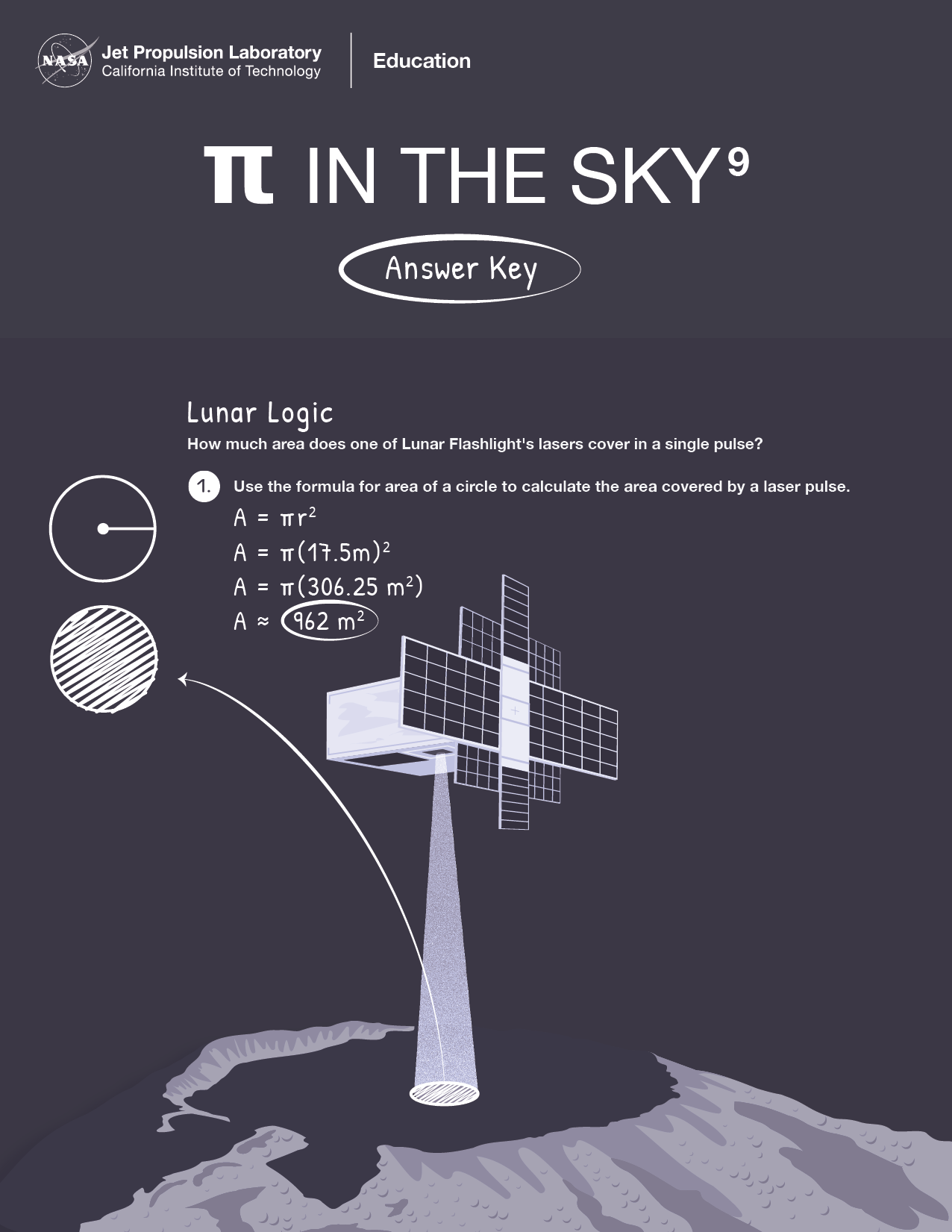