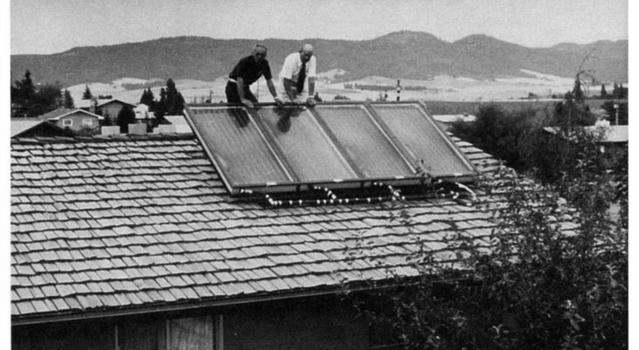 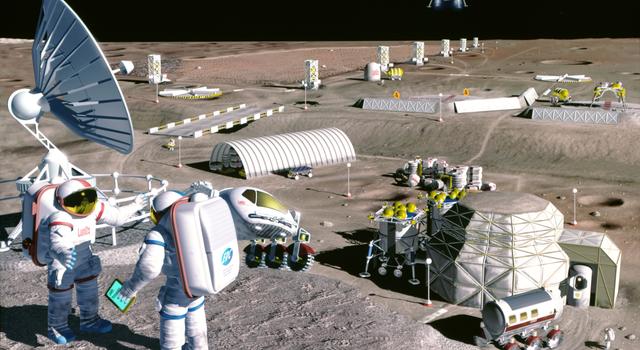 Students will construct CD hovercraft and apply Newton's laws of motion to make them work. They will also investigate how hovercraft reduce friction; learn how the technology is used in training astronauts for space missions; and design their own hovercraft competitions. Hovercraft are vehicles used for carrying people and heavy objects over water and rough surfaces. Powerful fans, like airplane propellers, blow air downward. The air blast is caught by a skirt that lifts the craft above the surface before the air escapes to the sides under the lower edges of the skirt. This reduces friction with whatever surface over which the craft is hovering and enables it to be easily propelled by action/reaction with other fans mounted horizontally.

If you have mixed feelings about friction, itâs easy to understand. Friction is the force that resists motion when two objects are in contact with each other. Itâs both good and bad. Take cars, for example. Forget to check the oil, and friction can ruin a car engine. However, without friction a car couldnât move. Tires are made from rubber, which produces friction with the road surface. When the wheels turn, friction enables the wheels to exert a force on the road to propel the car.

Reducing friction is important in many sports. Ice hockey depends upon the puck being able to slide across ice. Curling, a sport similar to shuffleboard but with heavy stones instead of pucks, also needs ice to slide across. Team members actually sweep the ice in front of moving stones to help reduce friction and guide the stones to the target. Bobsleds and luge sleds run down ice-covered chutes to achieve breakneck speeds. The chutes twist and turn. Runner blades on the sleds reduce downhill friction to attain high speeds while increasing sideways friction to help steer the turns.

Reducing friction makes it easier to start objects moving. Isaac Newtonâs first law of motion explains why. The law states that objects remain still unless acted upon by unbalanced forces. In other words, if forces on an object are unbalanced, the object moves. What then is an unbalanced force?

To understand unbalanced forces, imagine what would happen if you and a friend were to push on each other with equal force. Neither of you would move because the forces are balanced. However, if one of you pushes harder than the other, movement takes place because now the forces are unbalanced. An ice hockey puck, for example, is resting on the ice. The ice surface is very slick, but it still has a small amount of friction. When a player smacks the puck, the puck shoots across the rink. The force exerted on the puck by the stick is far greater than the force of friction trying to hold the puck where it is. Consequently, the forces are unbalanced, and the puck shoots away.

Understanding Newtonâs first law of motion is important for astronauts training for future space missions on the International Space Station (ISS). When in space, they will have to move objects and themselves from place to place. To do that, they need to exert unbalanced forces. But being in space is something like being on an ice rink on Earth. Try taking a quick step on an ice rink without wearing ice skates. With little friction, you are likely to end up on your backside!

In space, friction is greatly reduced because of the microgravity environment. It feels like gravity has gone away. Of course, gravity is still there because gravity holds the ISS in orbit. But orbiting Earth is like a continuous fall where the spacecraft and everything inside falls together. The type of friction caused by objects resting on each other is gone. To move, astronauts have to push (exert an unbalanced force) on something, and to stop themselves, they have to push on something else.

How can astronauts practice for the microgravity environment on the ISS? NASA uses many different simulators to train astronauts. One simulator is something like a large air hockey table. It is called the Precision Air Bearing Platform (PABP) and is located at NASA Johnson Space Center in Houston, Texas. The PABP uses moving air to produce a powerful lifting force very much the way hovercraft work. High-pressure air rushes out of three small pad-like bearings and lifts the pads, and a platform mounted above them, a fraction of a centimeter from the floor. No longer resting directly on the floor, the device, with the astronaut on top, is virtually frictionless.

There is one more important feature of the PABP. In order to move across the floor, the astronaut has to push on something. Additional air is fed to small nozzles around the astronaut. The astronaut uses a hand control to release the jets of air in different directions to create a push. How much of a push the astronaut gets determines how fast he or she slides across the PABP floor. This is explained by Newtonâs second law of motion. The force of the air jets is equal to how much air shoots from the jets times how fast the air accelerates. Newtonâs second law of motion is really an equation.

With the control jet, the more air shot from the jet and the faster it shoots out, the greater the force produced and the more the astronaut moves.

There is one more law of motion. This is Newtonâs third law of motion. It is also called the action/reaction law. When a force is exerted (action), an opposite and equal force (reaction) is created. You can see this with rockets. Burning rocket propellants produces gas that shoots out of the engine. The rocket moves in the opposite direction. If you happen to be riding a PABP like the one at the NASA Johnson Space Center, you get to experience action/reaction first-hand. The PABP greatly reduces friction and an air jet (action) propels you across the platform (reaction). Unless you exert a new action force in the opposite direction, you will smack into the wall surrounding the PABP.

Analyze any sport or the movements of astronauts in microgravity, and you will see all three of Isaac Newtonâs laws of motion at work. 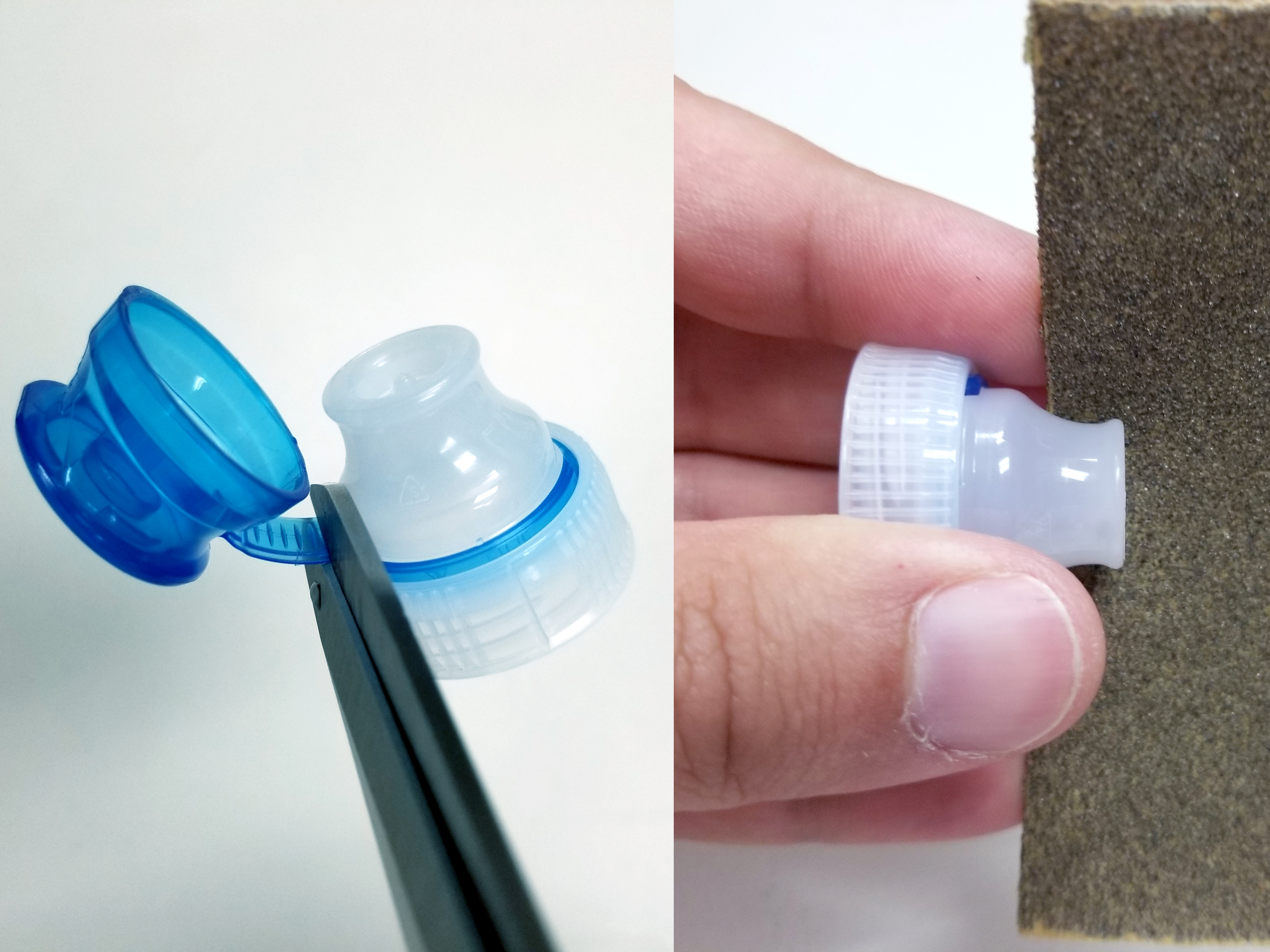 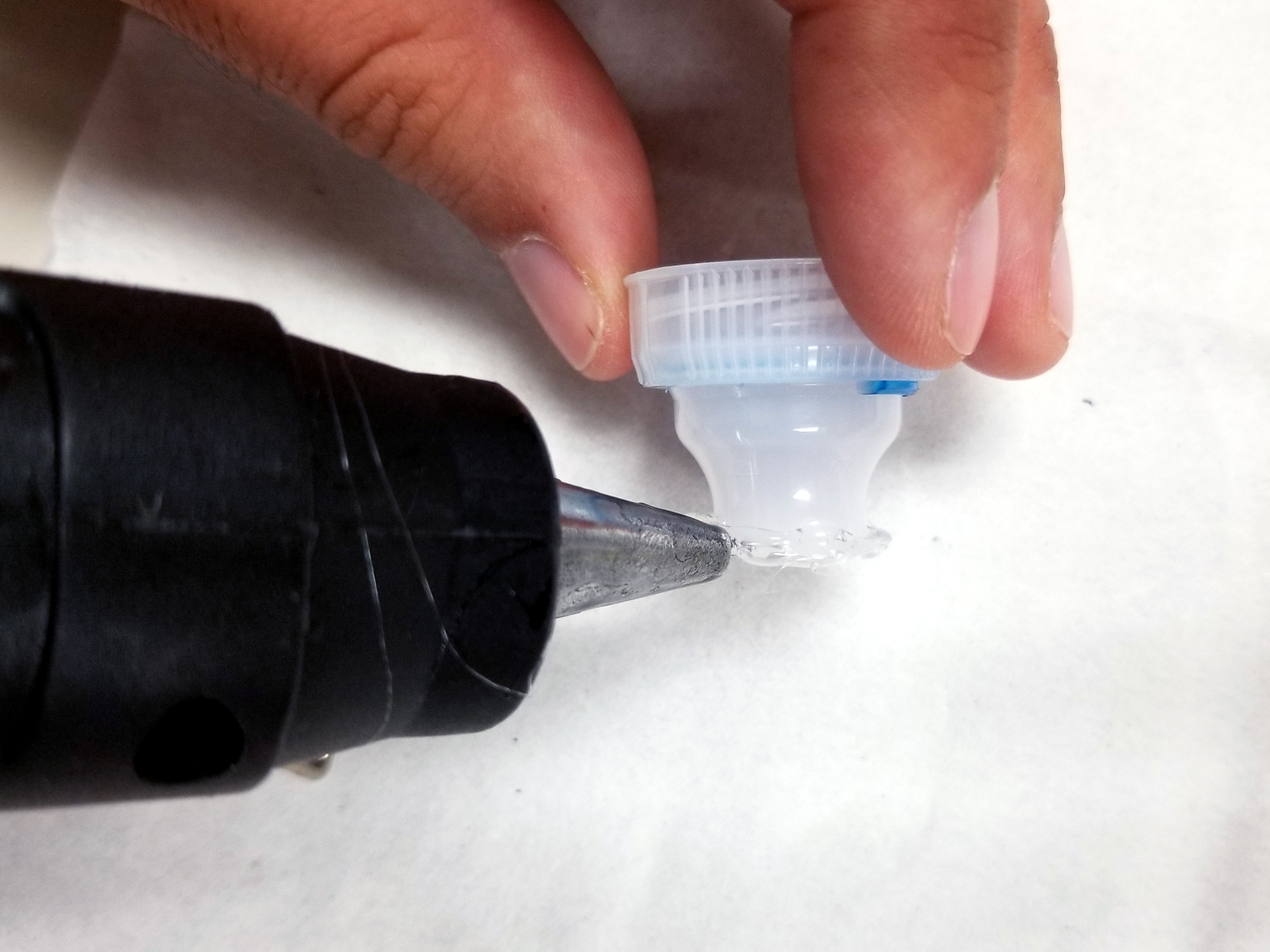 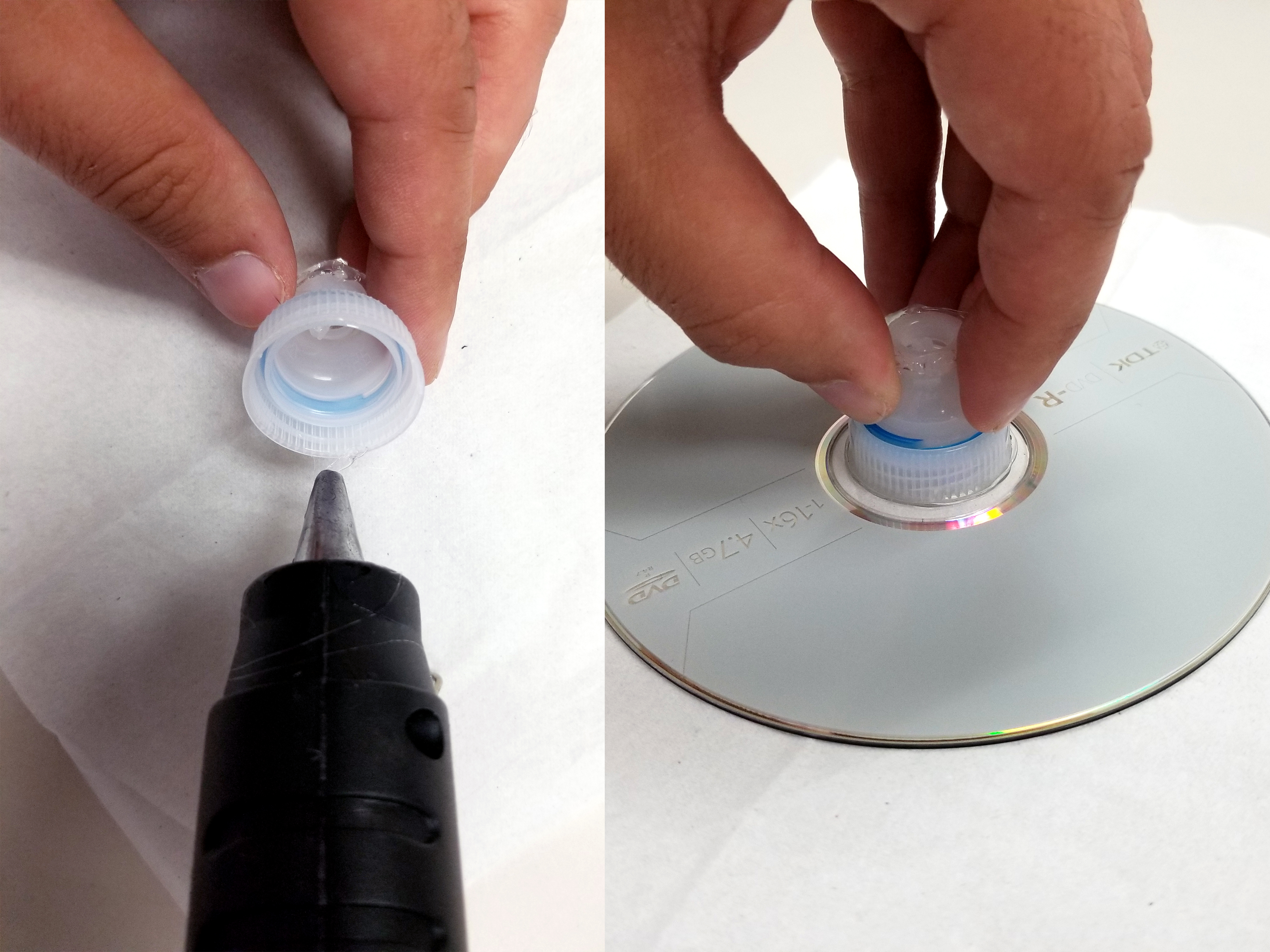 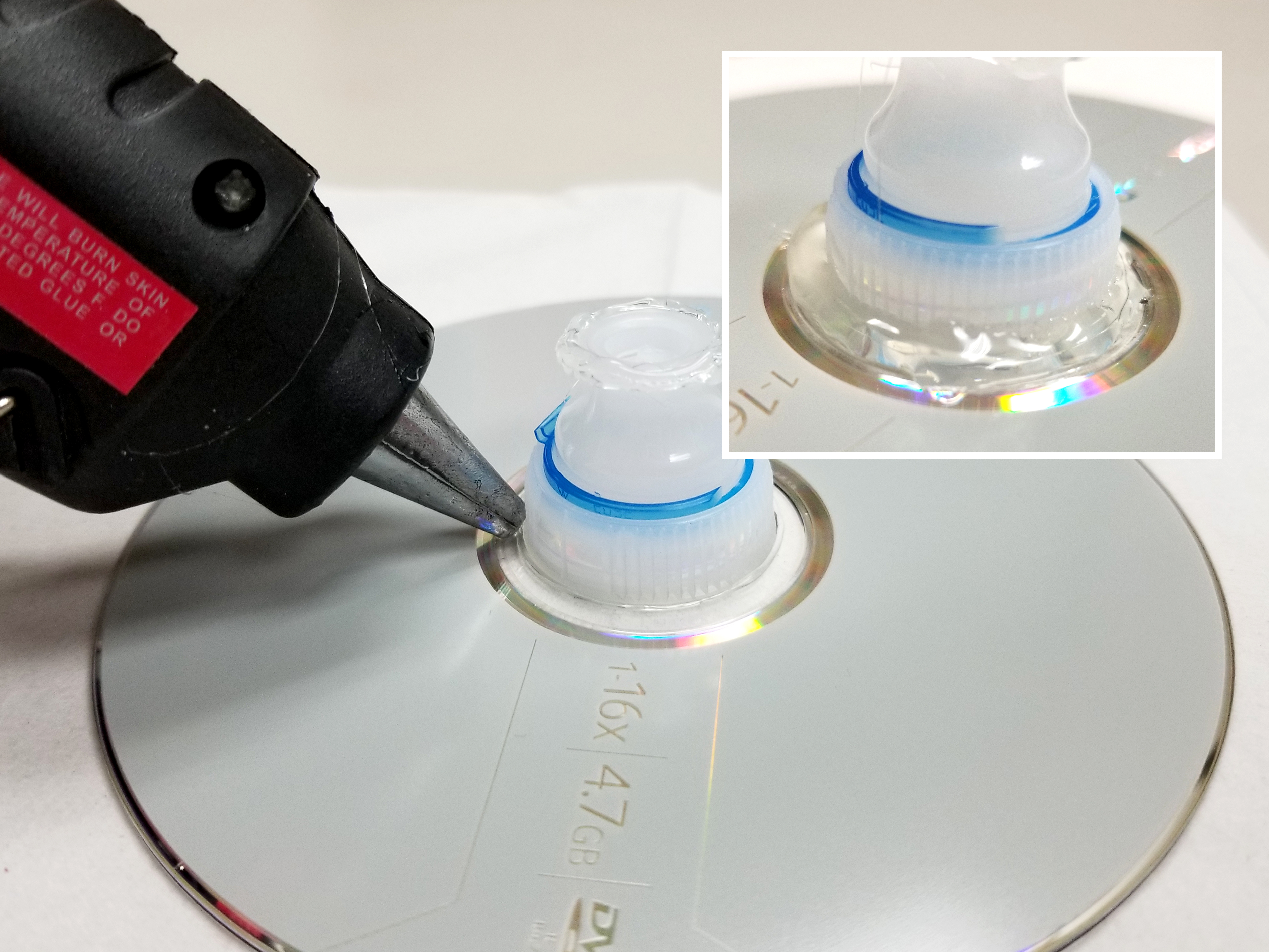 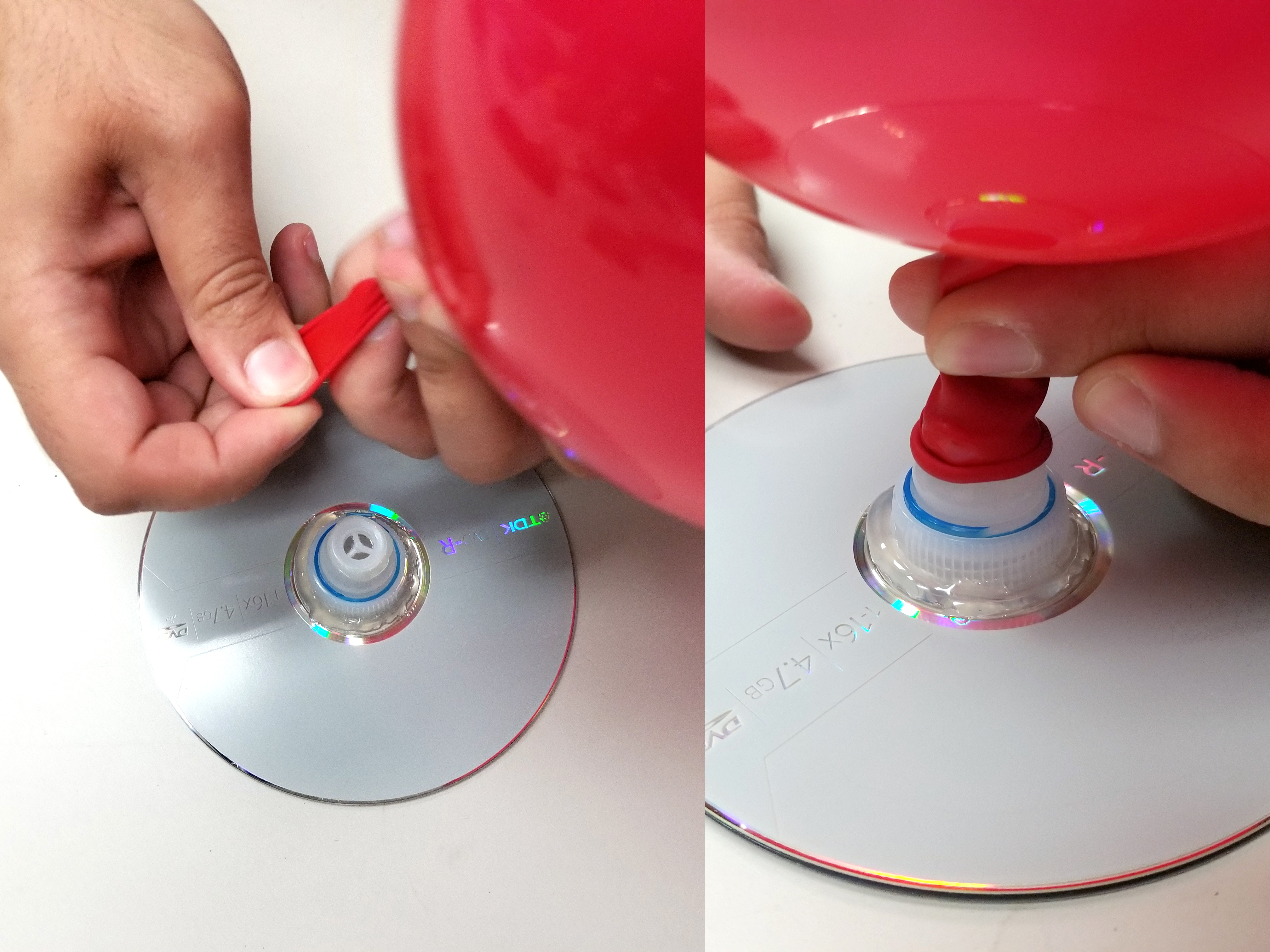 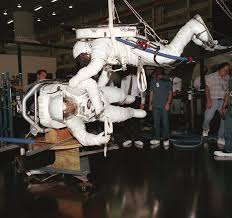 Collect and review the Hovercraft Challenge student pages. Use the discussion questions above for a review discussion or have students write short paragraph answers.