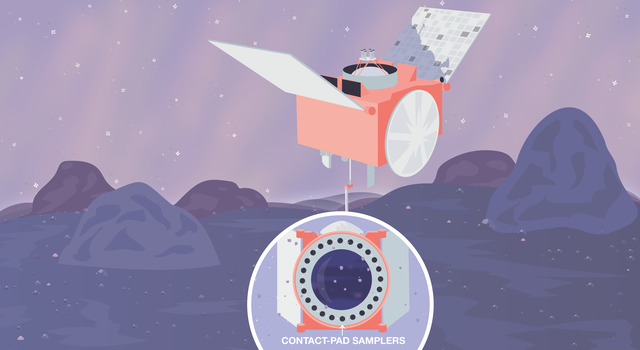 Sample Science: A 'Pi in the Sky' Math Challenge 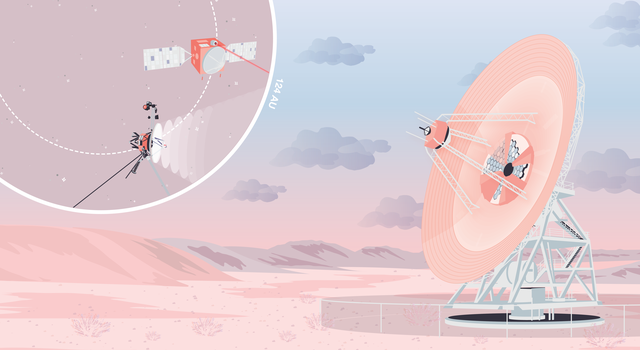 Signal Solution: A 'Pi in the Sky' Math Challenge 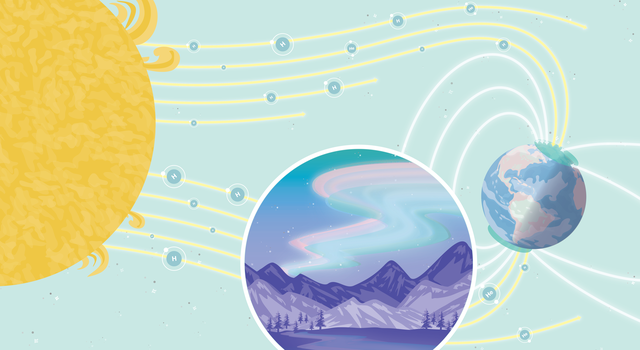 The "Pi in the Sky" math challenge gives students a chance to take part in recent discoveries and upcoming celestial events, all while using math and pi just like NASA scientists and engineers. In this problem from the eighth set, students use the mathematical constant pi to determine the force observed by a hydrogen ion trapped in Earth's magnetic field.

Earthâs magnetic field extends from within the planet and into space, and it serves as a protective shield, blocking charged particles from the Sun. Known as the solar wind, these charged particles of helium and hydrogen race from the Sun at hundreds of miles per second. When they reach Earth, they would bombard our planet and orbiting satellites were it not for the magnetic field. Instead, they are deflected, though some particles become trapped by the field and are directed and concentrated toward the poles, where they interact with the atmosphere, creating auroras. Knowing how Earthâs magnetic field shifts and how particles interact with the field can help keep satellites in safe orbits. In Force Field, students use pi to calculate how much force a hydrogen ion would experience at different points along Earthâs magnetic field.

Every day, Earth is showered in radiation from the Sun. The Sun also emits charged particles almost entirely in the form of ionized hydrogen and helium. These ions travel at speeds of about 400 km per second but rarely reach Earth's surface. Thatâs because they are deflected by Earthâs magnetic field due to the Lorentz force, given by the equation:
F = qvBsinÎ¸
where
F = force (N)
q = charge of the particle in coulombs (C)
v = velocity of the particle in meters per second (m/s)
B = the magnetic flux density of Earthâs magnetic field in teslas (T)
Î¸ in radians.

If Earthâs magnetic flux density is 60ÂµT, what force would a hydrogen ion observe at Ï/4 radians from the equator? What about at the North Pole (Ï/2 radians)?

Does the relative magnetic field agree or disagree with what youâd expect about the location of auroras? 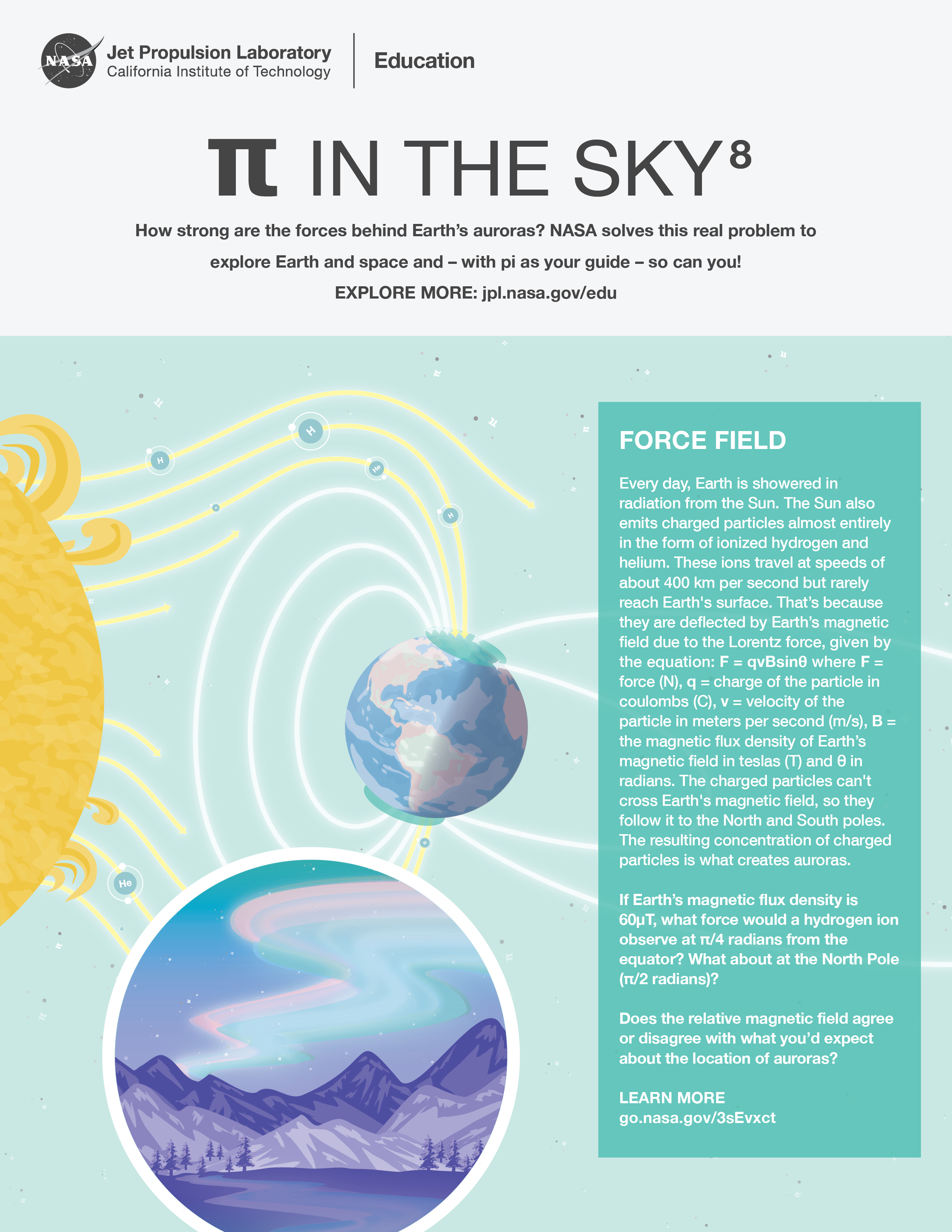 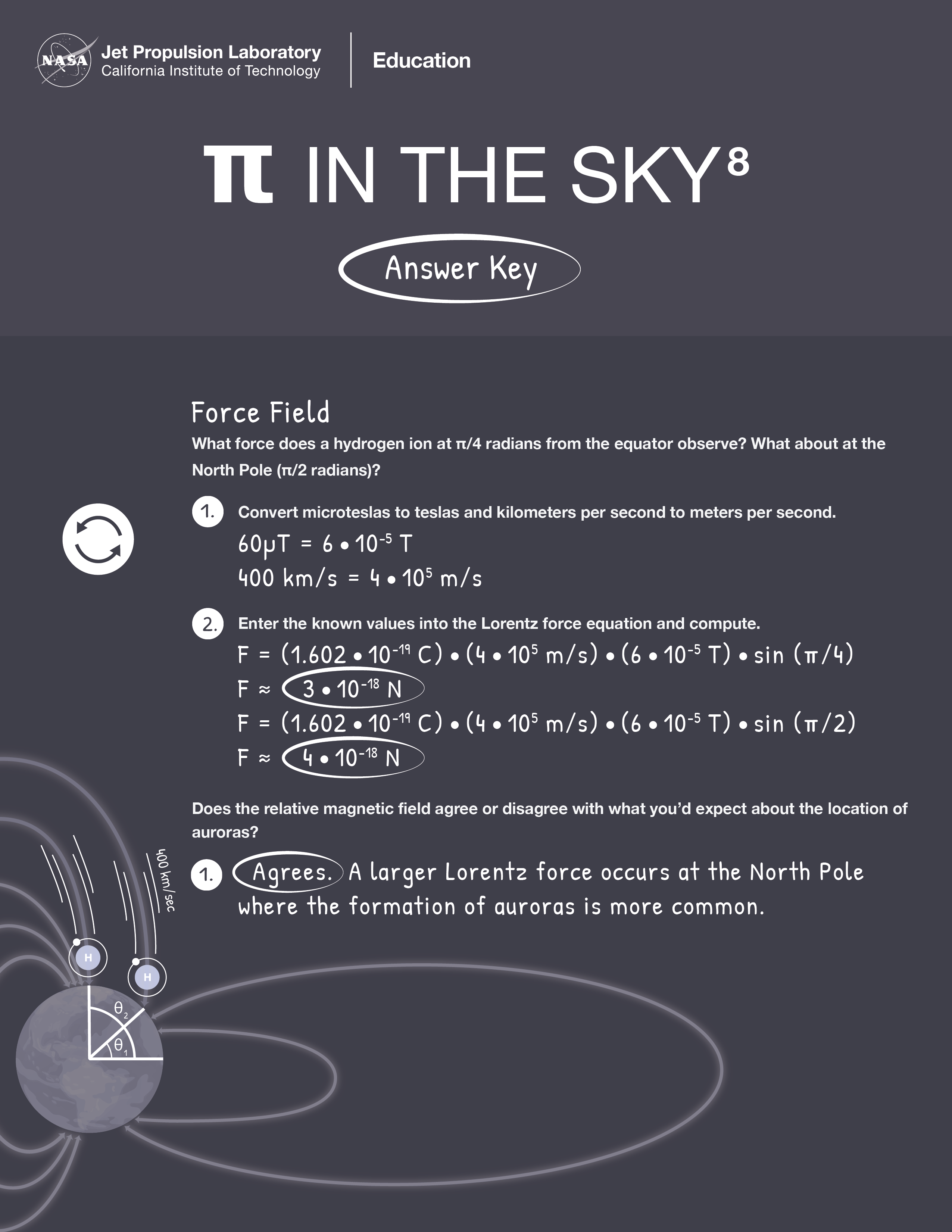