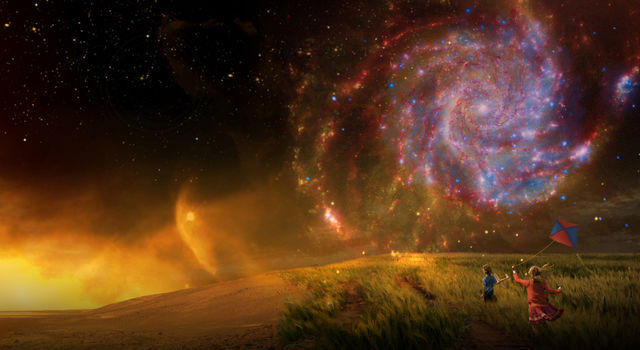 A transit happens when a planet crosses in front of a star. From our perspective on Earth, we only ever see two planets transit the sun: Mercury and Venus. Both are pretty rare events. Transits of Mercury happen only about 13 times per century and the next transit of Venus won't happen until 2117! While rare, transits have been used for centuries to track the movements and properties of planets in our own solar system. And more recently, scientists have started using transits of distant stars to find exoplanets â planets orbiting other stars.

This activity features real-world applications of math concepts related to transits and gives students practice calculating the movements of planets in our solar system and other star systems. This diagram shows how scientists use the light curves of distant stars to search for planets outside our solar system. A drop in the light curve, as illustrated here, is a good indication that there's a planet orbiting the observed star. Credit: NASA Ames


The Kepler mission measures the brightness of stars. The data will look like an EKG showing the heart beat. Whenever a planet passes in front of its parent star as viewed from the spacecraft, a tiny pulse or beat is produced. From the repeated beats, we can detect and verify the existence of Earth-size planets and learn about the orbit and size of the planet. Video credit: NASA Ames and Dana Berry

Kepler Exoplanet Discoveries - Click on each planet referred to in the student worksheet to view an interactive of the exoplanet system, the light curve that led to its discovery, and a chart pinpointing its location in the sky.