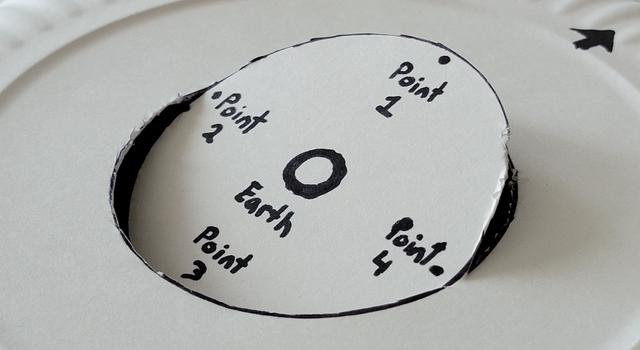 When Do Lunar Eclipses Happen? 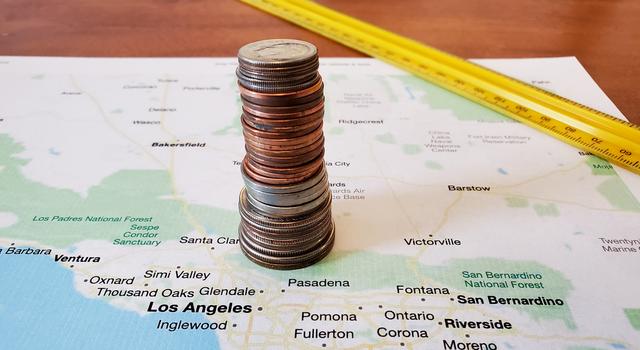 How Far Away Is Space? 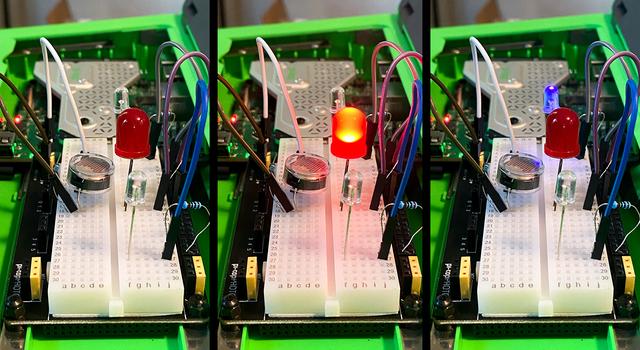 In this activity, students will build and code a device capable of detecting and measuring light from several light sources. Each light source will emit light at a different wavelength but only one wavelength contains the information students will need to collect. Students will write a program that enables their device to selectively detect only the desired light source.

As we explore the solar system and beyond, we rely on NASAâs Deep Space Network, or DSN, to serve as our communication device between Earth and our distant spacecraft. The DSN consists of a number of antennas across the globe that use radio waves to transmit information to and receive data from our missions in space.

However, radio waves are not very efficient when it comes to transmitting a lot of information in a short amount of time. Their long wavelengths mean that signals can better resist distortion, but as more and more complex data is being sent across space, NASA is exploring higher frequency (and therefore shorter wavelength) light sources to be able to beam messages more efficiently. 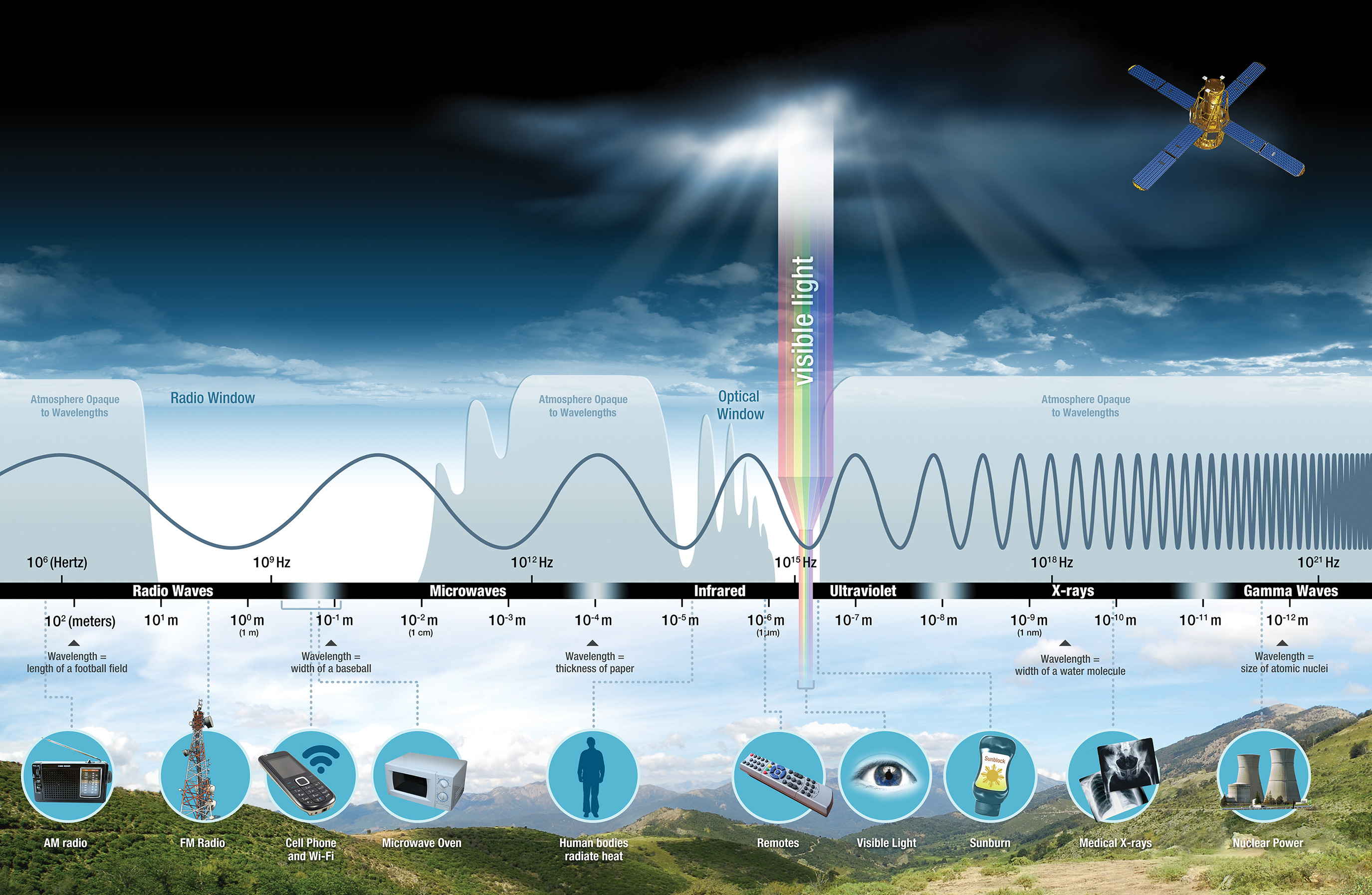 One such option being explored is known as Deep Space Optical Communications, or DSOC, which would use near infrared (NIR) light beams carefully aimed between spacecraft and our detectors on Earth to send data. By using IR light instead of radio waves, we would see a 10,000-fold increase in frequency meaning 100-times more data could be transmitted. 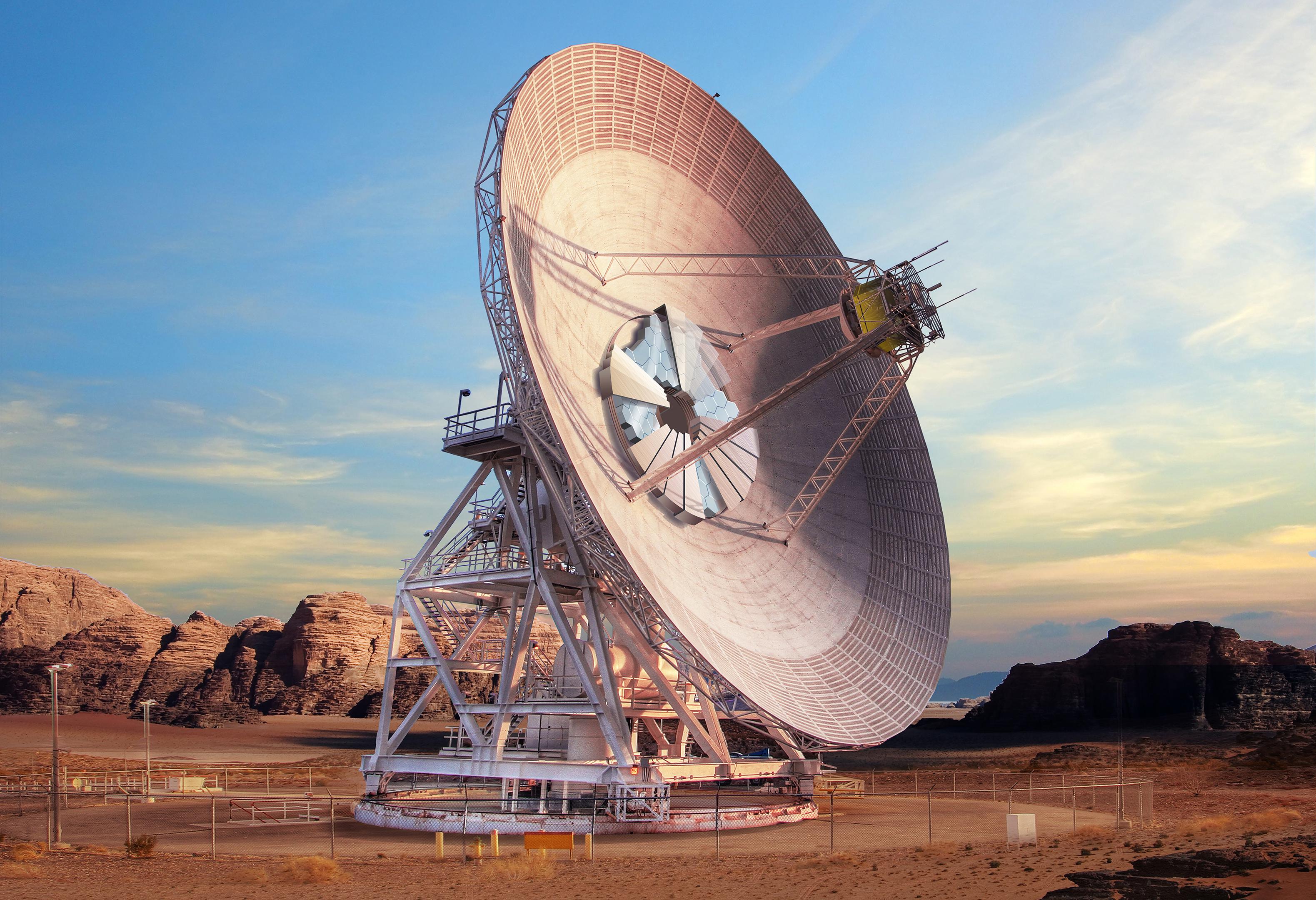 This artist's concept shows what a new antenna dish capable of supporting both radio wave and laser communications, will look like when completed at the Deep Space Network's Goldstone, California, complex. Image credit: NASA/JPL-Caltech | + Expand image

While this would mean we could get more data more rapidly, it does come with some complications. Light doesnât move equally through different materials. This is why our sky is blue and why we build telescopes on top of high mountains. The atmosphere interferes with certain wavelengths of light, potentially distorting the data being received.

Additionally, recall that we receive much more than visible light here on Earth. We are bathed in light beyond what we can detect with the naked eye, such as ultraviolet light from the Sun or radio waves from our phones and wireless internet.

To be successful, DSOC technology will need to be capable of resisting distortion as the light travels through space and our atmosphere, selective about the wavelength of light it detects, and carefully positioned to catch a focused beam of light. So far, it appears this all could be achievable. The DSOC technology has already been piloted in communications between Earth and the Moon and will next be tested aboard the Psyche mission, launching in 2022. 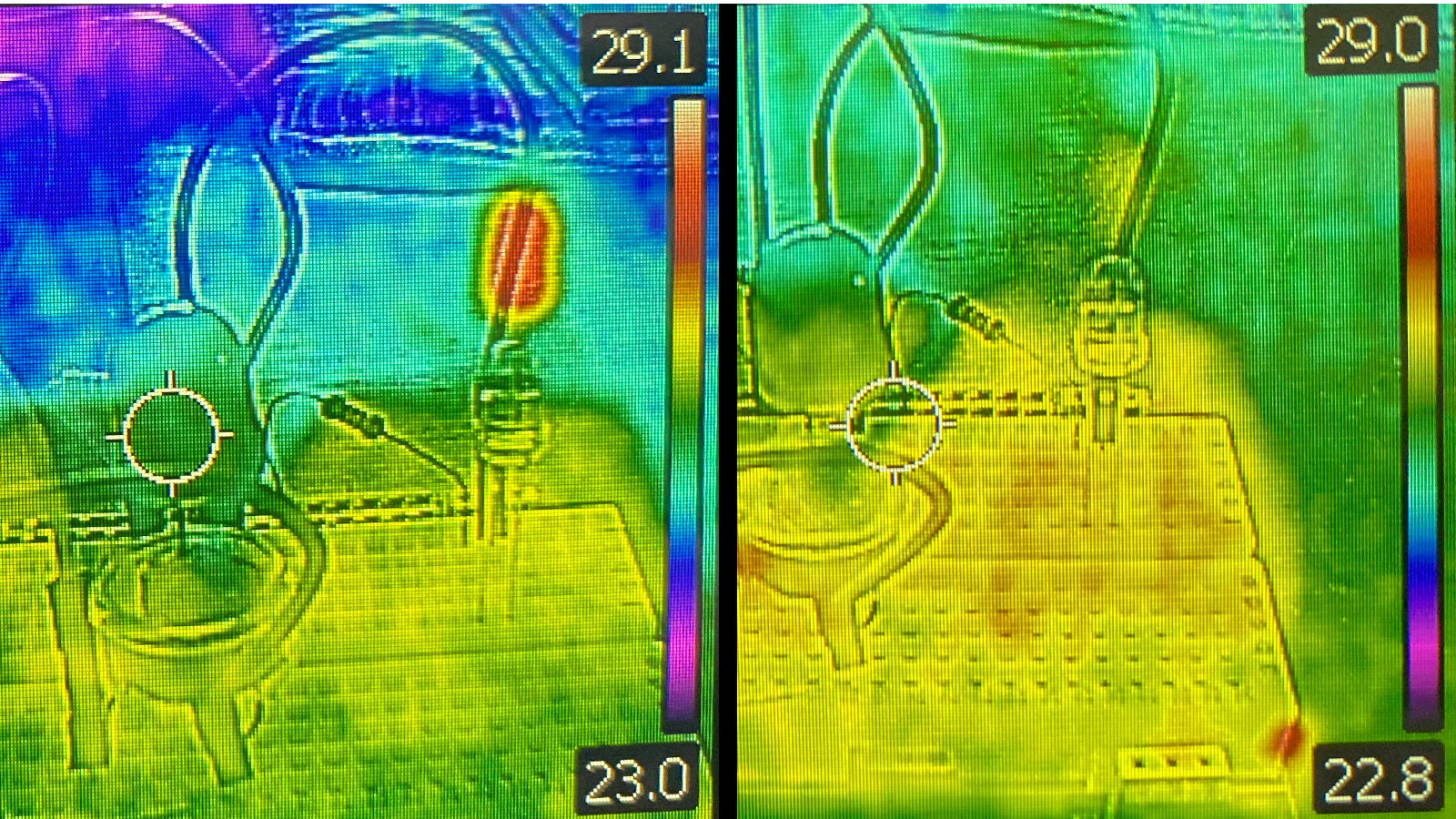