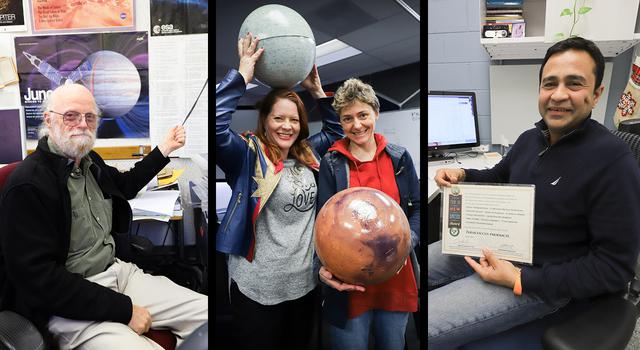 Each year, 1,000 students come to NASA's Jet Propulsion Laboratory for internships at the place where space robots are born and science is made. Their projects span the STEM spectrum, from engineering the next Mars rover to designing virtual-reality interfaces to studying storms on Jupiter and the possibility of life on other planets. But the opportunity for students to "dare mighty things" at JPL wouldn't exist without the people who bring them to the Laboratory in the first place â the people known as mentors.

A community of about 500 scientists, engineers, technologists and others serve as mentors to students annually as part of the internship programs managed by the JPL Education Office. Their title as mentors speaks to the expansiveness of their role, which isn't just about generating opportunities for students, but also guiding and shaping their careers.

"Mentors are at the core of JPL's mission, pushing the frontiers of space exploration while also guiding the next generation of explorers," says Adrian Ponce, who leads the team that manages JPL's internship programs. "They are an essential part of the career pipeline for future innovators who will inspire and enable JPL missions and science."

Planetary scientist Glenn Orton has been bringing students to JPL for internships studying the atmospheres of planets like Jupiter and Saturn since 1985. He keeps a list of their names and the year they interned with him pinned to his office wall in case he's contacted as a reference. The single-spaced names take up 10 sheets of paper, and he hasn't even added the names of the students he's brought in since just last year. 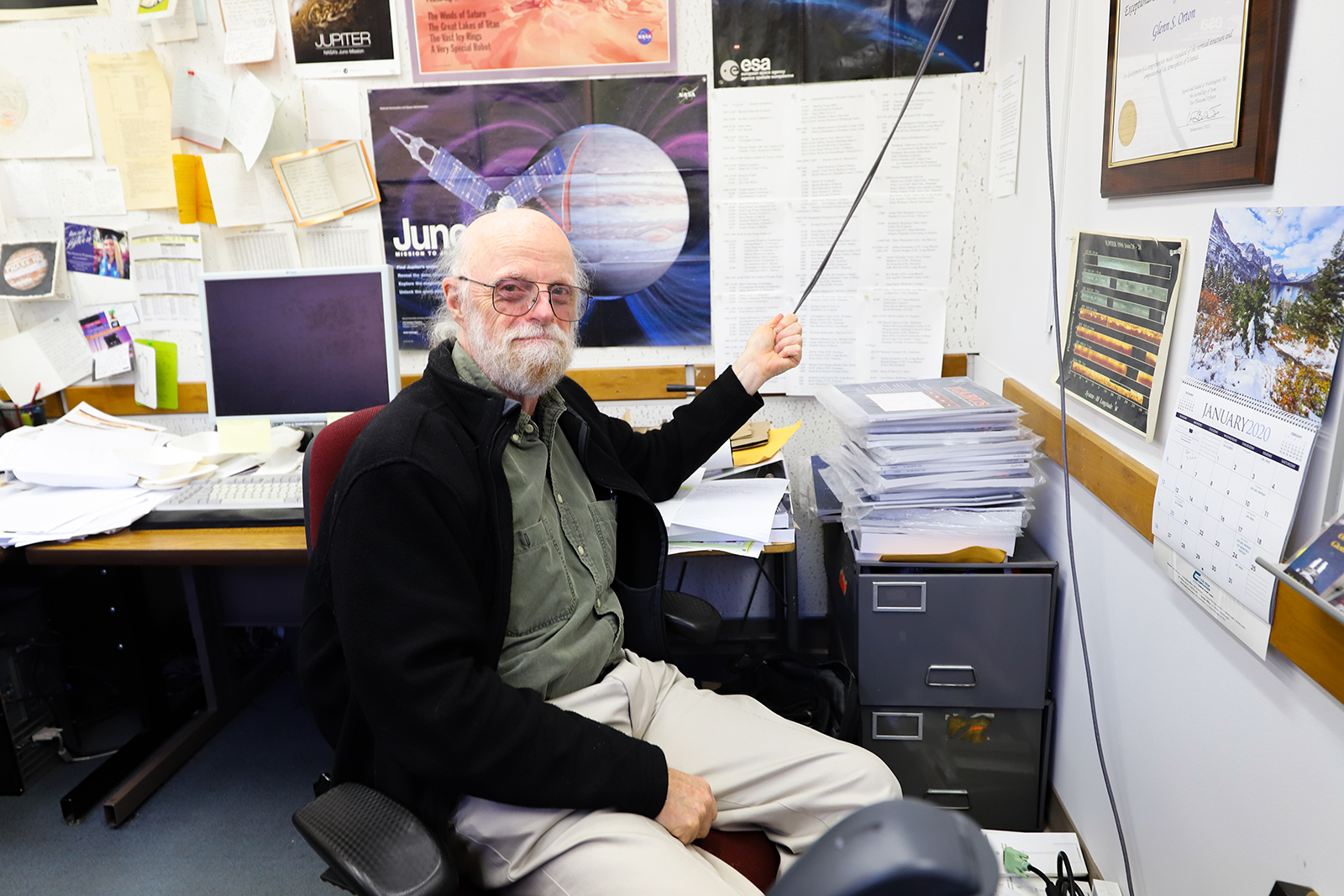 It makes one wonder what he could need that many students to do â until he takes out another paper listing the 11 projects in which he's involved.

"I think I probably have the record for the largest number of [projects] at JPL," says Orton, who divides his time between observing Jupiter with various ground- and space-based telescopes, comparing his observations with the ones made by NASA's Juno spacecraft, contributing to a database where all of the above is tracked and producing science papers about the team's discoveries.

"Often, you get to be the first person in the world who will know about something," says Orton. "That's probably the best thing in the world. The most exciting moment you have in this job is when you discover something."

Over the years, Orton's interns have been authors on science papers and have even taken part in investigating unexpected stellar phenomena â like the time when a mysterious object sliced into Jupiter's atmosphere, sparking an urgent whodunnit that had Orton and his team of interns on the case.

Orton says his passion for mentoring students comes from the lack of mentorship he received as a first-generation college student. At the same time, he acknowledges the vast opportunities he was given and says he wants students to have them, too.

"As a graduate student, it was close to my first experience doing guided research, so I had no idea how research was communicated or conducted," says Orton of his time at Caltech, when he often worried that his classmates and professors would discover he wasn't "Nobel material." "I want to be able to work with students, which I sincerely enjoy, to instruct them on setting down a research goal, determining an approach, modifying it when things inevitably hit a bump, as well as communicating results and evaluating next steps."

For Alexandra Holloway and Krys Blackwood, the chance to provide new opportunities isn't just what drives them to be mentors, but also something they look for when choosing interns. 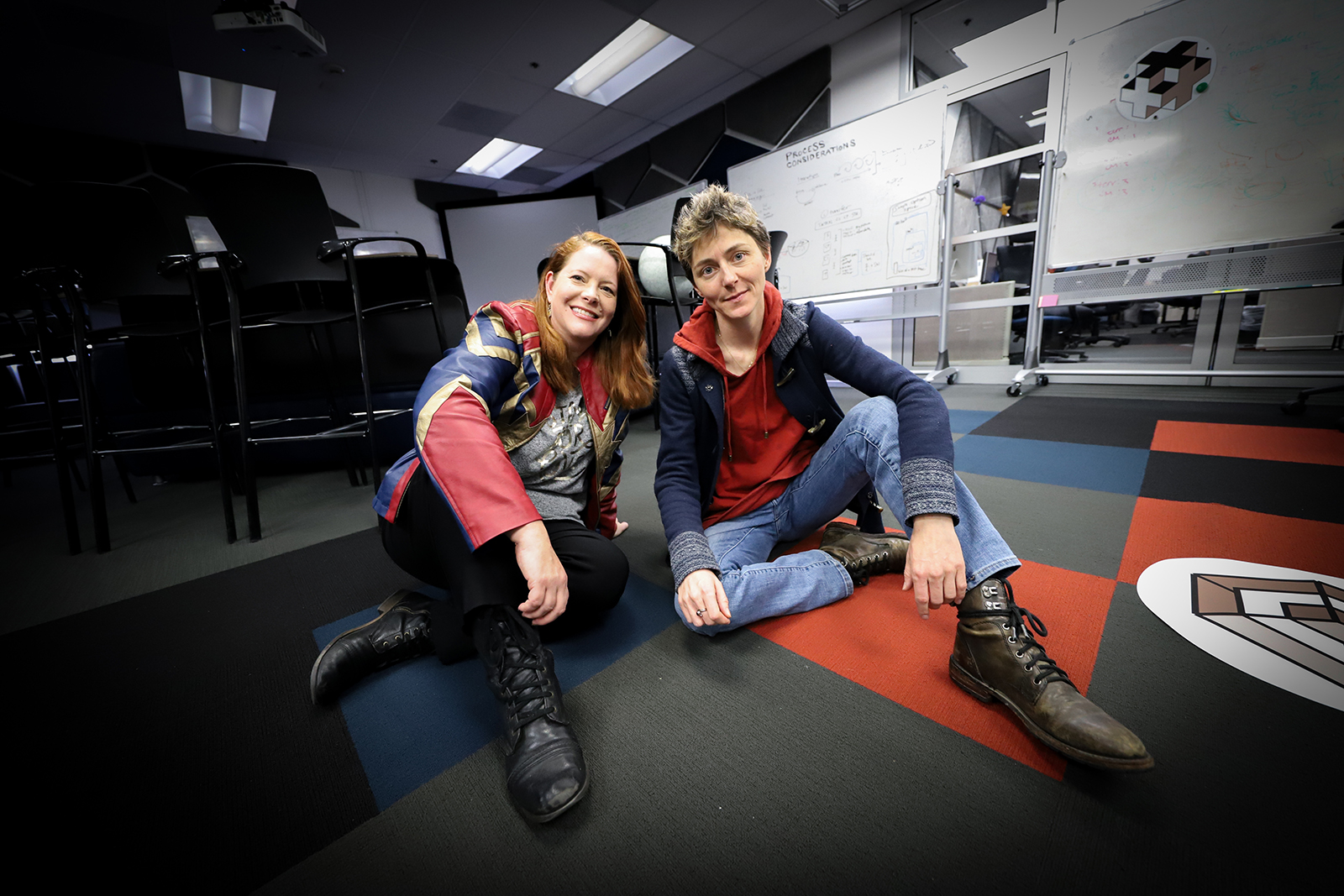 "I look for underdogs, students who are not representing themselves well on paper," says Holloway. "Folks from underrepresented backgrounds are less likely to have somebody guide them through, 'Here's how you make your rÃ©sumÃ©. Here's how you apply.' The most important thing is their enthusiasm for learning something new or trying something new."

It's for this reason that Holloway and Blackwood have become evangelists for JPL's small group of high-school interns, who come to the Laboratory through a competitive program sponsored by select local school districts. While less experienced than college students, high-school interns more than make up for it with perseverance and passion, says Blackwood.

"[High-school interns] compete to get a spot in the program, so they are highly motivated kids," she says. "Your results may vary on their level of skill when they come in, but they work so hard and they put out such great work."

Holloway and Blackwood met while working on the team that designs the systems people use to operate spacecraft and other robotic technology at JPL â that is, the human side of robotics. Holloway has since migrated back to robots as the lead software engineer for NASA's next Mars rover. But the two still often work together as mentors for the students they bring in to design prototypes or develop software used to operate rovers and the antennas that communicate with spacecraft across the solar system.

It's important to them that students get a window into different career possibilities so they can discover the path that speaks to them most. The pair say they've seen several students surprised by the career revelation that came at the end of their internships.

"For all of our interns, we tailor the project to the intern, the intern's abilities, their desires and which way they want to grow," says Holloway. "This is such a nice place where you can stretch for just a little bit of time, try something new and decide whether it's for you or not. We've had interns who did design tasks for us and at the end of the internship, they were like, 'You know what? I've realized that this is not for me.' And we were like, 'Awesome! You just saved yourself five years.'"

The revelations of students who intern with Parag Vaishampayan in JPL's Planetary Protection group come from something much smaller in scale â microscopic, even.

Vaishampayan's team studies some of the most extreme forms of life on Earth. The group is trying to learn whether similar kinds of tough microbes could survive on other worlds â and prevent those on Earth from hitching a ride to other planets on NASA spacecraft. An internship in Planetary Protection means students may have a chance to study these microbes, collect samples of bacteria inside the clean room where engineers are building the latest spacecraft or, for a lucky few, name bacteria.

"Any researcher who finds a new kind of bacteria gets a chance to name it," says Vaishampayan. "So we always give our students a chance to name any bacterium they discover after whoever they want. People have named bacteria after their professors, astronauts, famous scientists and so forth. We just published a paper where we named a bacterium after Carl Sagan." 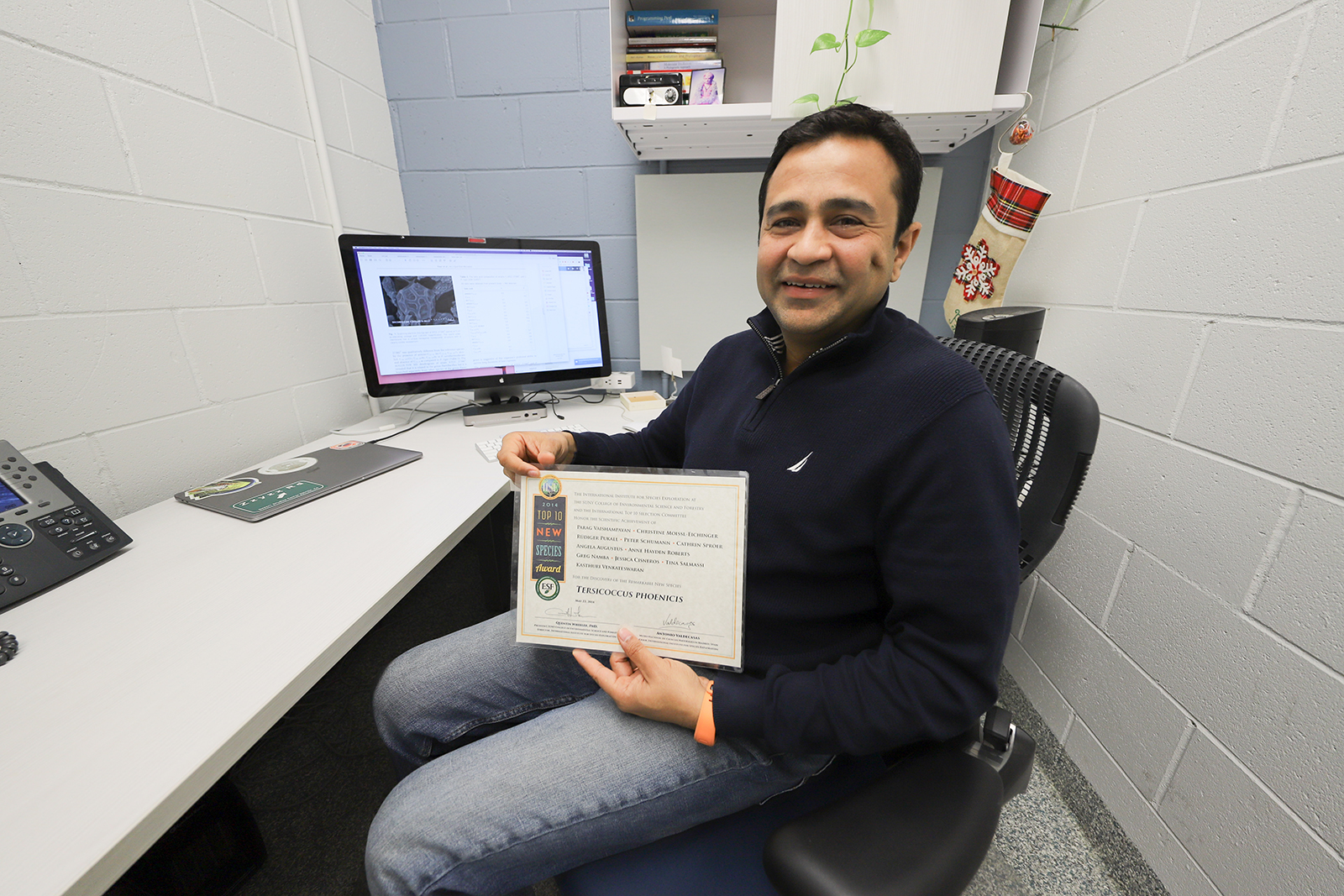 Students who intern with Parag Vaishampayan in JPL's Planetary Protection group might have a chance to name bacteria. Here, Vaishampayan holds an award he and his team (including several interns) received for their discovery of a bacterium they named Tersicoccus phoenicis. Image Credit: NASA/JPL-Caltech | + Expand image

The Planetary Protection group hosts about 10 students a year, and Vaishampayan says he's probably used every JPL internship program to bring them in. Recently, he's become a superuser of one designed for international students and another that partners with historically black colleges and universities, or HBCUs, to attract students from diverse backgrounds and set them on a pathway to a career at the Laboratory.

"I can talk for hours and hours about JPL internships. I think they are the soul of the active research we are doing here," says Vaishampayan. "Had we not had these programs, we would not have been able to do so much research work." In the years ahead, the programs might become even more essential for Vaishampayan as he takes on a new project analyzing 6,000 bacteria samples collected from spacecraft built in JPL's clean rooms since 1975.

With interns making up more than 15 percent of the Laboratory population each year, Vaishampayan is certainly not alone in his affection for JPL's internship programs. And JPL is equally appreciative of those willing to lend time and support to mentoring the next generation of explorers.

Says Adrian Ponce of those who take on the mentorship role through the programs his team manages, "Especially with this being National Mentoring Month, it's a great time to highlight the work of our thriving mentor community. I'd like to thank JPL mentors for their tremendous efforts and time commitment as they provide quality, hands-on experiences to students that support NASA missions and science, and foster a diverse and talented future workforce."