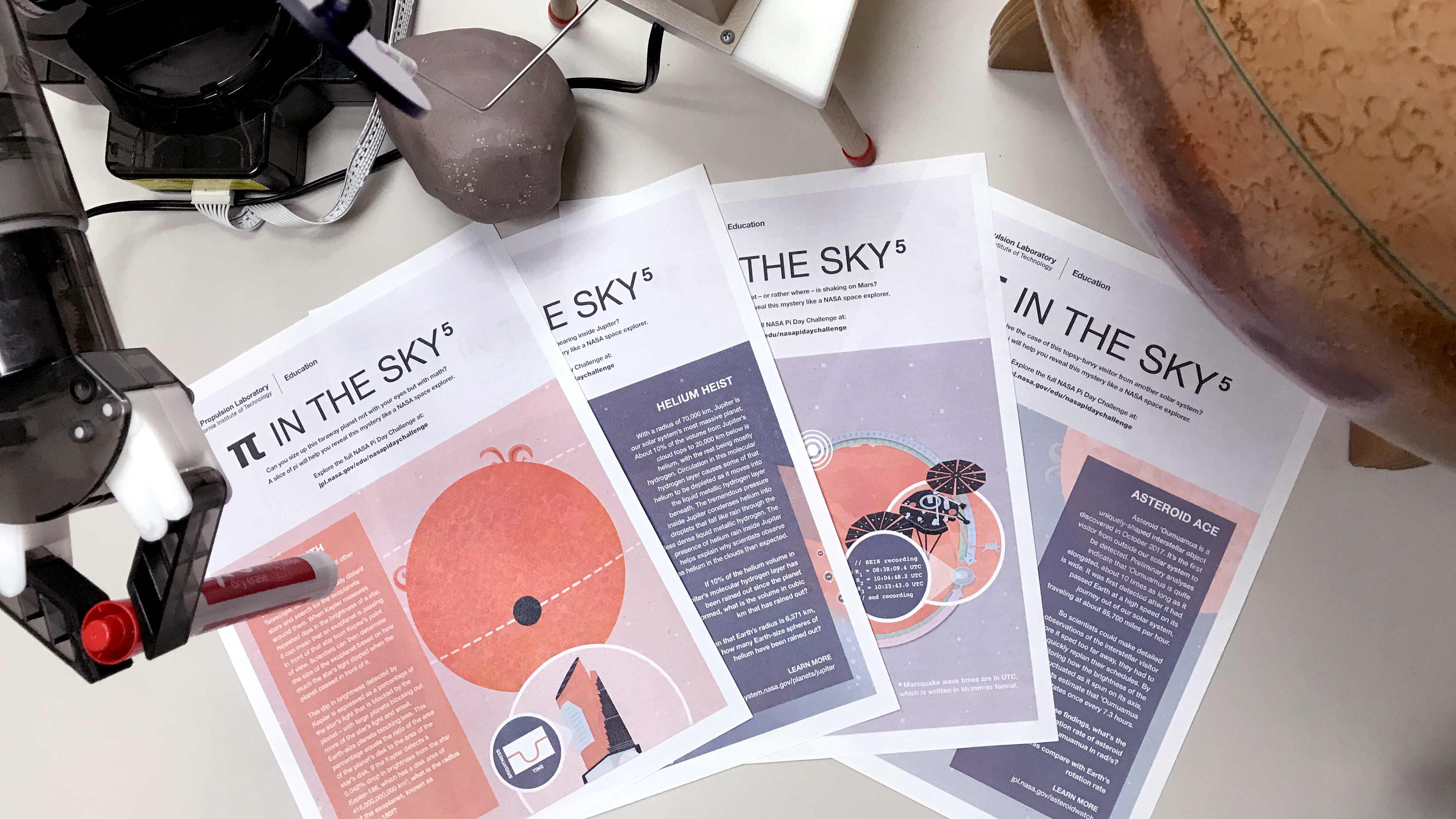 In honor of everyone's favorite mathematical holiday, Pi Day, which celebrates the mathematical constant 3.14 on March 14, NASA/JPL Edu has crafted a set of stellar middle- and high-school math problems to show students that pi is more than just a fancy number.

Pi is all over our skies! It helps power our spacecraft, keeps our Mars rovers' wheels spinning, lets us peer beneath the clouds on Jupiter and gives us new perspectives on Earth. Take part in the fun and see if your classroom can solve some of the same problems that real NASA scientists and engineers do.

Each pi-filled word problem gets a graphic treatment in this printable infographic (available in both poster-size and 8.5-by-11 handouts) that helps students visualize the steps they need to get to a solution. A companion answer key is also available below and walks students through each step of the solutions. It can be printed on the back of the problem-set infographic for an educational classroom poster.

"Pi in the Sky" Downloads: