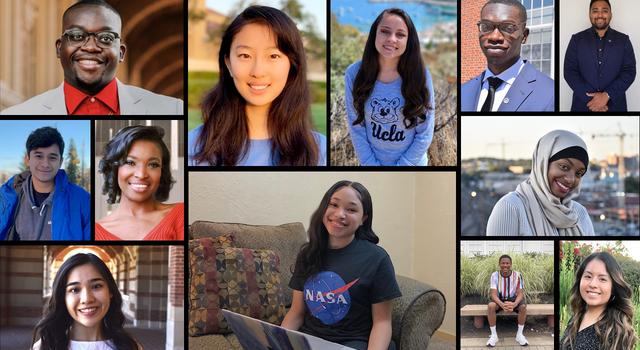 Five years in, a JPL initiative forging relationships with students and faculty at historically Black colleges and universities continues expanding its reach, hosting 48 interns this year.

Brandon Ethridge, a flight systems engineer at NASAâs Jet Propulsion Laboratory in Southern California, has had a year to remember. The 24-year-old got engaged, became a father, and is celebrating the one-year anniversary of starting full time at JPL â his self-described dream job.

âDefinitely the most eventful year of my life,â Ethridge said. 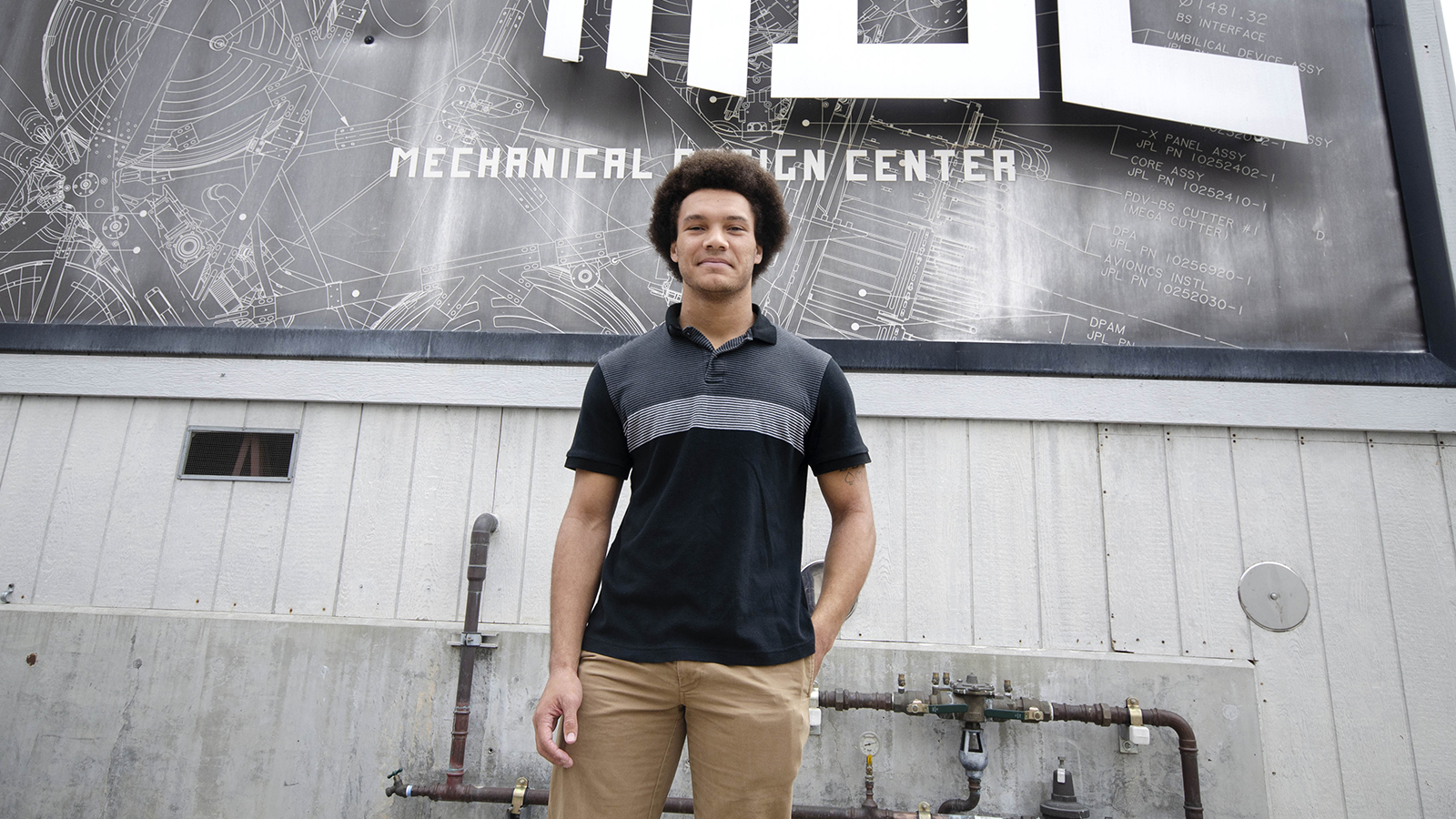 Brandon Ethridge poses in front of the Mechanical Design Center at JPL during his internship in 2019. Image credit: NASA/JPL-Caltech/Kim Orr | + Expand image

While heâs been gaining experience testing systems used to build spacecraft, Ethridge has spent minimal time at the Laboratory due to the pandemic. But the North Carolina native already had plenty of first-hand knowledge of JPL thanks to his summer 2019 internship â an opportunity that presented itself at a JPL informational session that spring at his alma mater, North Carolina A&T State University.

âThat allowed me the chance to speak one-on-one with Jenny Tieu and Roslyn Soto [JPL Education project managers],â Ethridge said. âThey were incredibly generous with their time and provided resume critiques, feedback, and general advice about how to get an opportunity at JPL.â

Since 2017, Tieu has been leading JPLâs Historically Black Colleges and Universities/Underrepresented Minorities, or HBCU/URM, initiative â an effort to increase and foster a more diverse workforce in technical roles at the Laboratory. Itâs one of many programs facilitating the more than 550 internship opportunities offered through the Education Office this year.

Now in its fifth year, the program has seen rapid growth; from seven interns in its first year, to 24 interns in 2020. This year, JPL is welcoming 48 students interning remotely from institutions including Howard, North Carolina A&T, Tuskegee, and Prairie View A&M universities, along with underrepresented-minority students from universities including UCLA, USC, UC Riverside, Duke, Cal Poly Pomona, and more. 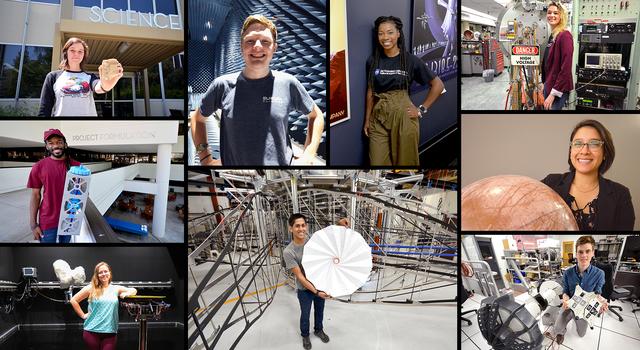 How to Get an Internship at JPL

Learn about the world of JPL internships, the skills that will help you stand out, and how to get on the right trajectory even before college.

The initiative includes funding and support to bring in faculty from the schools to take part in research with the students, building in a cohort model that facilitates sustainable interactions with JPL.

âWeâre intentional about addressing the culture shock that some of these students may experience,â Tieu said. âWith the cohort model, the faculty members can provide guidance to the students while they are navigating new relationships, connections, and a new city.â

Additionally, interns are invited to participate in roundtable conversations in groups where they can share concerns and openly discuss their experiences at JPL. Tieu has also set up virtual meet-ups where students can get to know employees from outside their groups and hear talks from members of JPLâs Black Excellence Strategic Team and past HBCU alumni.

For Ethridge, being in a position to give back to the program was something he prioritized.

âI wanted to repay some of the many kindnesses that were afforded to me,â Ethridge said. âI also feel that I am in a unique position because I just recently went through the process.â

For Howard University junior Kyndall Jones, the draw to JPL came following a fellow studentâs acceptance into the program. 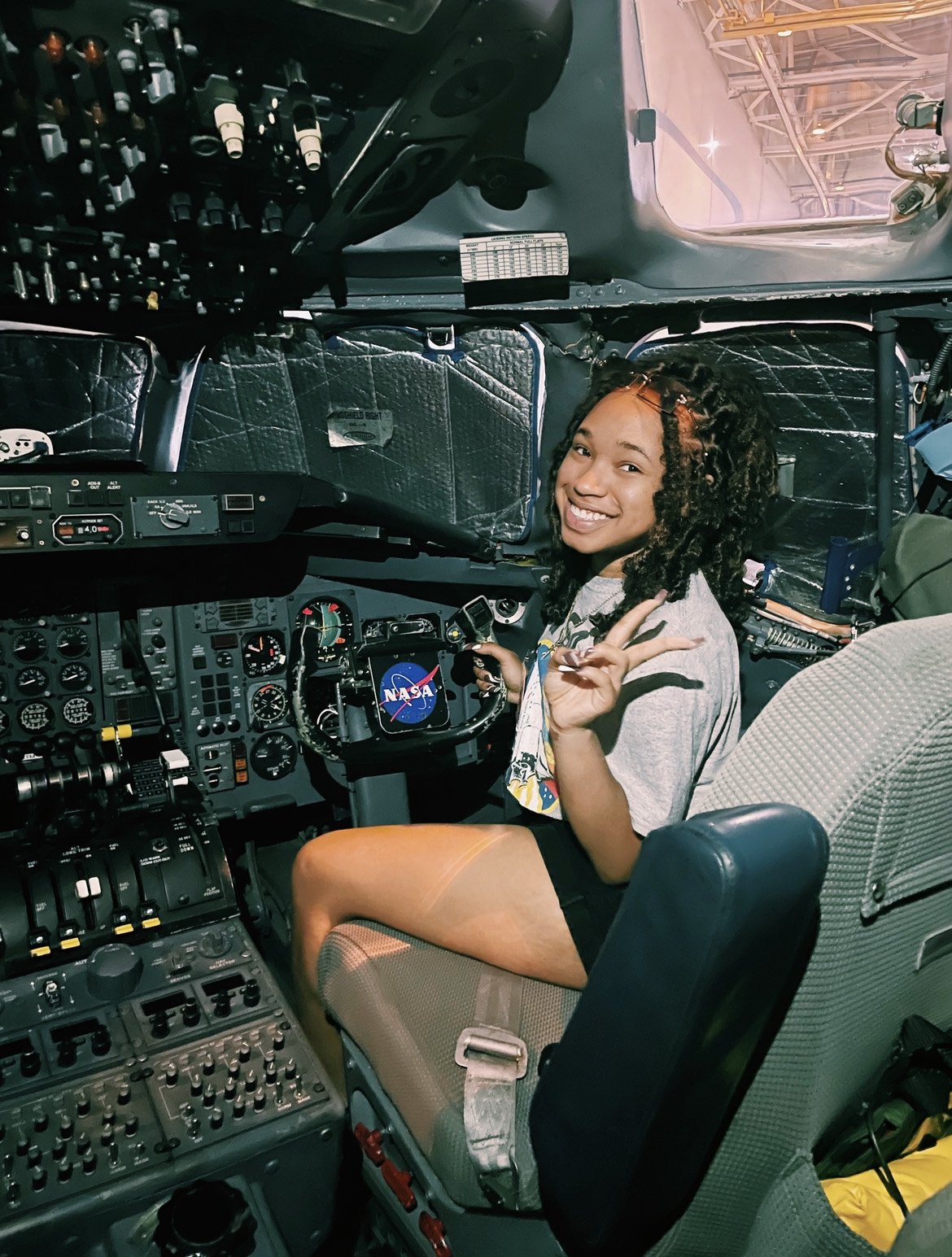 âI was so amazed that he had an internship with NASA, and it really sparked my interest,â Jones said. âAfter doing my research on the program, I submitted my resume and heard back after a few months, landed an interview, and now here I am [virtually]!â

Despite the telework nature of this summerâs internship, Jones said that even from her home in Dayton, Ohio, she has been able to foster connections with JPL employees and gain valuable experience in her role working on software for an Earth-science instrument that will help NASA understand how different types of air pollution, which can cause serious health problems, affect human health.

And thanks to her mentor, Operations Systems Engineer Janelle Wellons, Jones was able to get the type of hands-on NASA experience thatâs been hard to come by since the pandemic.

âMy mentor Janelle suggested that I come visit Los Angeles for a few days this summer, and I was finally able to visit and explore the city for the first time,â Jones said. âI am also super grateful for her setting up a tour at the NASA Armstrong Flight Research Center where we were able to view, tour, and learn lots of interesting facts about NASAâs historical aircraft.â

Wellons â who splits her time operating instruments aboard several Earth-observing missions â had been involved in previous yearsâ roundtable discussions with HBCU interns, but this year, she had the opportunity to hire her own interns through the program. Being from the East Coast herself, Wellons remembers having little awareness of JPL as a potential career landing spot while studying at Massachusetts Institute of Technology.

âGetting visibility and actually partnering with these schools to make these internships happen is so important,â Wellons said. âActively interacting with HBCUs is only going to do good for people we would otherwise potentially never get an application from, and it benefits JPL by broadening the talent pool and diversity of our workforce.â

As for the future, Jones sees the initiative as one step of many for her and fellow interns toward careers in engineering and science.

âI know a lot of Howard students that are interning or have interned with JPL, and the love from our College of Engineering and Architecture is especially high,â Jones said. âThe info sessions, resume workshops, and networking workshops that JPL has been able to put on have been great, and the more they can do, the better for students.â

Tieu agrees, adding, "We are happy to see the growth of the initiative but look forward to making further progress. There's so much more we would like to accomplish in the years ahead."