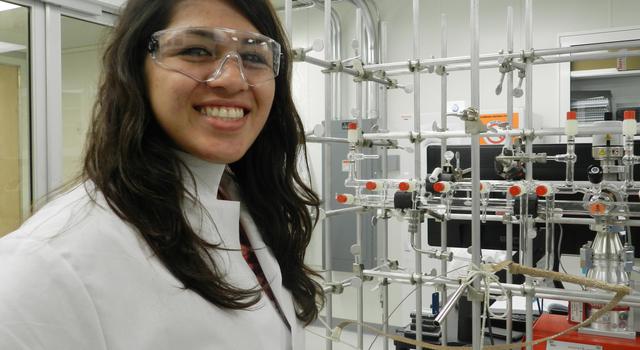 I grew up moving around in the U.S. and Mexico, which made it hard to keep up with school. I mainly struggled with my language arts classes, but there were areas in which I excelled: math and science. I was in high school when I decided I wanted to be a scientist; I was fascinated by the explanations of the world through chemistry and physics. Although I was living in Mexico at that time, I never gave up on the dream of attending an American university to pursue my education. In 2010, my family and I moved to California to escape the dangers of drug cartels that had invaded our town.