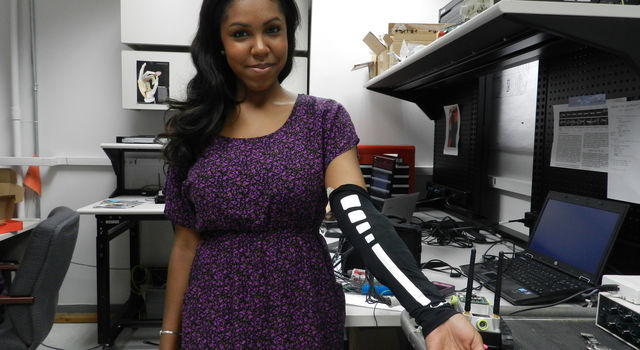 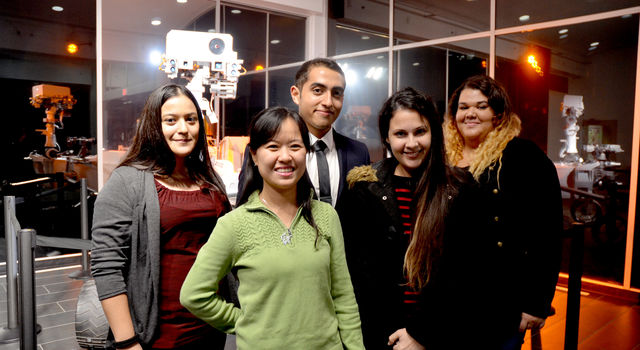 Four miniature rovers will go head-to-head this week at NASA's Jet Propulsion Laboratory in Pasadena, California, as community college students across the state - and one from Hawaii - get a first-hand look at what it's like to work on a robotic space mission.

Wednesday marked the start of the fall 2014 session of the NASA Community College Aerospace Scholars, or NCAS, program, a three-day workshop designed to give community college students a window into the science, technology, engineering and mathematics universe and launch them into future internships and careers at NASA.

To qualify, students took a five-week online course on Mars exploration and were tasked with designing a rover to explore a Red Planet destination of their choosing.

"I focused on the sustainable efforts side," said Arleena Faith, a computer science student at Santa Monica College, who's working on bringing her design skills into the Web development world. "You spend billions of dollars building one of these sophisticated rovers and suddenly it hits something, and you've lost it. So why don't you have a small rover that's like a ball. It rolls everywhere and it helps determine whether the terrain is safe enough for the main rover."

Based on their scores from the design challenge and online course, 40 finalists were chosen to take part in the workshop at JPL. Johnson Space Center in Houston and Marshall Space Flight Center in Huntsville, Alabama, are also hosting their own NCAS student teams this week.

While at the NASA centers, students meet with engineers and scientists, and teams compete in their biggest challenge yet: Building a rover that can navigate through everything from a simulated Martian terrain to budget constraints to win the coveted "mission contract."

The rovers are only about the size of a brick, but they carry a heavy load: The futures of aspiring engineers and scientists.

For Laura Medina, a 24-year-old aeronautical engineering student at San Bernardino Community College, participating in NCAS is a chance to prove to herself that she can.

"At first I was nervous because I feel like I've never been smart enough," said Medina, who after dropping out of high school to help her mom take care of her younger siblings, decided to get her GED and enroll in college so she could fulfill her dream of becoming an engineer. "But I've gotten this far. I've been able to do these things on my own."

For other students at the brink of their next educational leap, it's about getting a push in the right direction.

"I'm sure this experience will help me home in on what type of career I want to go into," said Arlene Lopez, a mechanical engineering student at El Camino College. "I'm leaning toward working with spacecraft."

Khanh Pham is pursuing her lifelong interest in mathematics at Orange Coast College and hopes to become a teacher -- unless, she says, NCAS changes her mind.

Right now, my career goal is to become a math teacher," said Pham, a 39-year-old mother of two who emigrated from Vietnam a little more than two years ago. "But somebody told me that maybe after this trip, I'll want to change my major to aerospace engineering."

Student teams met for the first time on Wednesday to begin preparations for the rover competition, but for many, the draw of seeing a NASA center in person and working with professional engineers and scientists is just as exciting.

"I'm just looking forward to going to JPL," said aerospace and mechanical engineering student Jose Salinas, who's in his second year at Bakersfield Community College. "It'll be my first time at any NASA center, so I'm just really excited. I think nervousness is out the window. I'm just really stoked to go."

For more information on the NCAS program and to apply, visit: https://ncas.aerospacescholars.org/

NCAS is funded by NASA, managed by the Johnson Space Center, and coordinated locally by the JPL Education Office.