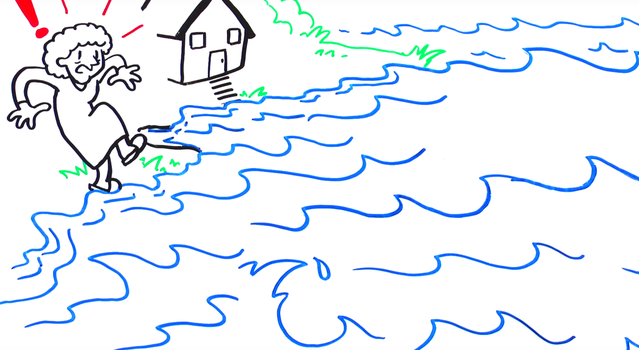 NASA's Earth Minute: Sea Level Rise
Find out why scientists think Jupiter's moon Europa might have twice as much water as Earth in this 60-second space short!

Here on Earth, water covers three fourths of our planet. Thatâs a lot of H2O! Europa may have twice as much â right under its icy surface!

Why do scientists think so?

First â A spacecraft showed us! Europaâs surface is mostly made of water ice, with some salts.

Second â We see lots of cracks and ridges, but not so many craters. It may be that an underground ocean causes the surface to warm and crack â again and again â changing the landscape and erasing any craters.

And the final most compelling clue? Europaâs changing magnetic field. Whatâs under the surface conducting that much electricity? A hidden, salt water ocean explains it!

A future NASA mission can tell us for sure if Europa has an ocean. Thatâs the next step in knowing if this mysterious world has the right conditions for life.