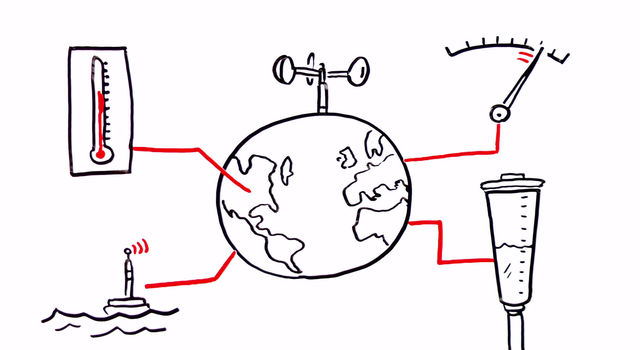 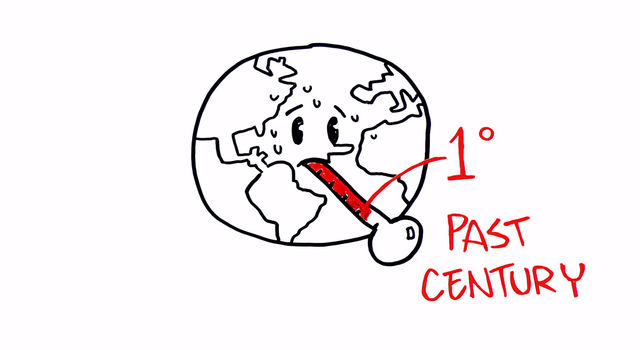 NASA's Earth Minute: Earth Has a Fever
Before the Industrial Revolution, Earthâs climate changed due to natural events such as volcanic activity and solar energy variations. These natural events still contribute to climate change today, but their impact is very small compared to the growing levels of greenhouse gases added to the atmosphere by humans burning fossil fuels. NASAâs ongoing Earth science missions, research and computer models help us better understand the long-term global changes occurring today through both natural and man-made causes.

What's causing these and other changes?

Time to round up the usual suspects.

In ages past, big changes have been caused by volcanic eruptions, ocean currents, changes in the sun and Earth's orientation to it. And there's been that occasional giant asteroid.

So what's the difference between today and a century and a half ago?

It's how we live and work. Our industrial societies have changed more than the landscape. We've been burning fossil fuels. And that's added lots of greenhouse gases, including carbon dioxide, to the atmosphere, which traps the sun's heat. That's why the Earth is warming more and more as each year passes.

So what's causing this climate change?

All the evidence points to us. That's the bad news.

The good news? It's a lot easier to change our behavior than any of the usual suspects.