Space Shorts: Could Jupiter's Moon Europa Have an Ocean? 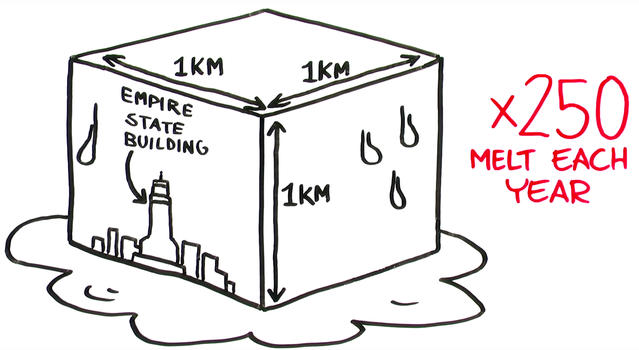 For more than 20 years, NASA has been tracking the global surface topography of the ocean to understand the important role it plays in our daily lives. Climate change is causing our ocean to warm and glaciers to melt, resulting in sea level rise. Since 1880, the global sea level has risen 8 inches; by 2100, it is projected to rise another 1 to 4 feet.

NASA has observed the earth getting warmer and the sea level getting higher.

Just like mercury in a thermometer, water expands when it's heated. And Earth's ocean is taking in more than 90% of the heat from global warming. That's a lot.

Warmer temperatures also cause a lot of the ice to melt, and it ends up in the ocean.

A child born today can expect the ocean to rise between 1 and 4 feet in their lifetime. In the United States alone, nearly 5 million people live within 4 feet of the local high tide level. That could mean increased flooding from storm surges. And as the ocean rises, its salt water can mix with our rivers and ground water, which is where many people get fresh water for drinking and farming. So there's no question that sea level is rising. NASA can measure it from space.

But what are we going to do about it?

Some communities are taking steps to adapt and others are working to address the cause: global warming. It's a big challenge, but, hey, we better be up for it. Because, right now, good old Earth is the only planet we've got!