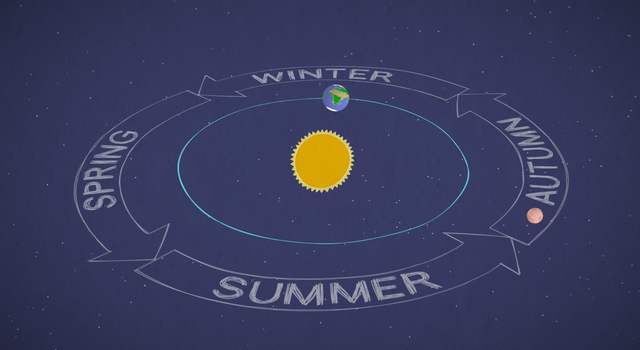 Mars in a Minute: How Long is a Year on Mars?

Mars in a Minute: What's Inside Mars?
How did we know that the Curiosity Mars rover landed safely on the surface of Mars?

Mars in a Minute (Or Two): Phoning Home

After seven dramatic minutes of entry, descent, and landing, everyone will want to know: did Curiosity survive? There's a possibility we won't know. At least not right away.

During its descent through the atmosphere, Curiosity must switch to a new antenna for each transformation it makes. At each switch, we could lose lock on the signal for a short time. That won't hurt the rover. It just means we won't know what's happening right way.

Even with a solid signal, the communications link direct to Earth only works during the first half of the rover's descent. Why? Like Earth, Mars is spinning - and during landing, Curiosity and its landing site will disappear from view, like the sun setting.

Out of sight equals the end of direct radio contact.

BUT...NASA has two spacecraft orbiting Mars that can help.

For the second half of Curiosity's descent, the Mars Odyssey orbiter is in a good place to pick up the rover's signal and send it right back to Earth. To best hear Curiosity's signal, Odyssey must rotate about an hour before landing.

That sounds easy, but engineers are asking Odyssey to perform a maneuver it's never tried before. Will it work? Probably. But it's not a sure thing.

If Odyssey doesn't rotate successfully, never fear! The rover won't be affected whatsoever! Once again, it just means we have to wait longer to hear from the rover.

Odyssey could perform as hoped, but we're still not home free! Engineers always think of 'what ifs.' For instance, what if the rover lands on a slope? If so, the low flying Odyssey orbiter might not be able to pick up its signal.

Even if everything goes according to plan with Odyssey, there's a final challenge: time. The rover may be standing safe on Mars, but Odyssey has to be quick in getting the signal. Odyssey is moving fast. It will only be in the line of sight to hear from the rover for a few minutes--perhaps no more than 5.

So the Mars Reconnaissance Orbiter plays the role of backup. It will also fly overhead to capture what happens and then store the landing data it collects onboard, for playback to Earth a few hours later. Engineers then have to decode the data, which takes several hours.

Sometime in the middle of the night for Curiosity's mission team, it's possible that the orbiter could tell us the rover's fate.

Or, there are other scenarios where the rover might be perfectly safe, but we might not hear from it for three days.

That's all to say: Curiosity's landing is filled with drama and we'll need lots of patience. No wonder they call this "rocket science."