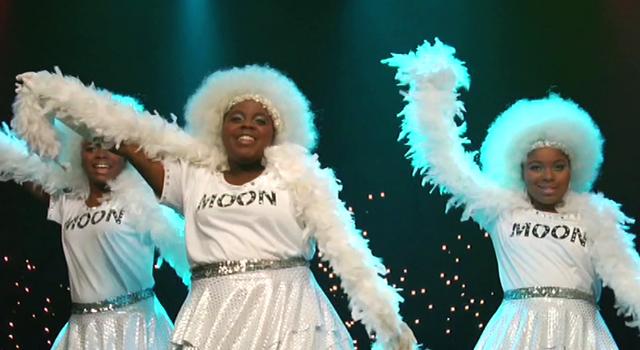 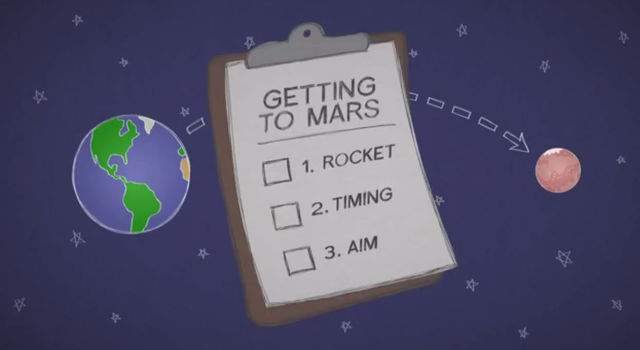 Mars in a Minute: How Do You Get to Mars?
Go to Educator Guide
Mars is often known as the Red Planet, but is it really red? This 60-second video answers one of the most frequently asked questions about our planetary neighbor.

When you see Mars in the night sky, it definitely has a reddish tint to it.

People have been noticing that for a long time: even the ancient Egyptians called Mars 'The Red One.'

So where does that redness come from?

Well, a lot of rocks on Mars are full of iron, and when they're exposed to the great outdoors, they 'oxidize' and turn reddish - the same way an old bike left out in the yard gets all rusty.

When rusty dust from those rocks gets kicked up in the atmosphere, it makes the martian sky look pink.

From a long way away, the whole planet looks kind of reddish.

But if you get a close-up view -- with an orbiter, lander or rover -- you'll see that a lot of Mars is actually more of a butterscotch color.

Depending on what minerals are around, some landscapes can be more golden, brown, tan, or even a little greenish.

So in fact, there are a lot of different colors on what we call the Red Planet.